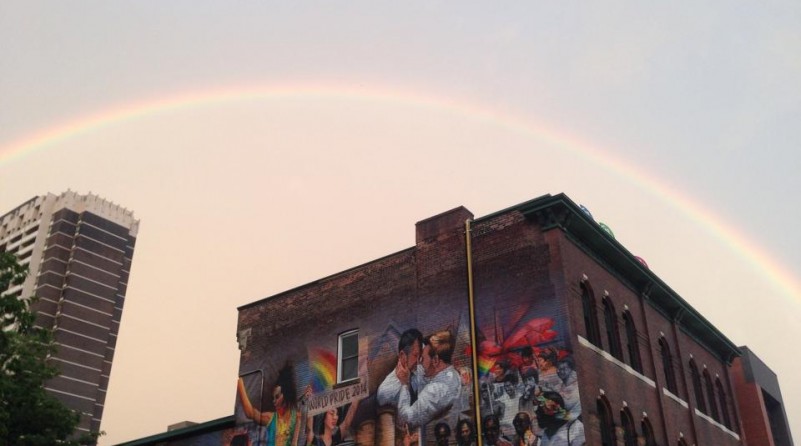 The last dance has been danced. The last glitter has been tossed and the last remnants of our Gay Christmas has been swept up. WorldPride is officially over.

What a party it was!

We had LGBTQ+ activists, parade participants and partiers from every corner of the world. It was a literary, artistic, cultural, entertainment and human rights extravaganza!

When I attended the WorldPride press preview on Friday June 20th, I had no idea of the scope of events planned. Sure I’d edited the interviews and read over the line-up of entertainment while putting together our issue of summerplay!, but the moment I walked out into Nathan Phillips Square for the Official Opening Ceremonies, the magnitude of Toronto hosting the world finally sunk in. When Deb Pearce took to the stage as the evening’s hostess, it hit me like a Super Soaker to the face: the WORLD was here, in our fabulous city and we were going to show them a good time they wouldn’t soon forget.

And show them we did.

There were over 560 official events–the official WorldPride Guide was as thick as one of our PPM magazine issues. That alone kept people busy from dawn until well past the extended last call every night of the 10 days of partying. There were so many things to experience and people to encounter, but I think one of my favourite moments was meeting Ugandan LGBTI activist Richard Lusimbo. It was surreal when I was introduced to him in person by my writer, Jeffrey Luscombe; I’m sure it was even more surreal for Richard to have made it to Toronto to enjoy our out-and-proud jubilation. If you haven’t read it yet, be sure you take a moment to scroll to the end of our WorldPink feature “WorldPride 2014 Part 3: LGBTQ+ Rights Around the World and read our interview with him. It really gives you new eyes to reflect on how blessed we are with our Pride celebrations.

I spent most of my Pride surrounded by close friends and family. We enjoyed the parade, danced each night until the music stopped, and immersed ourselves in a sea of people from all walks of life, thoroughly enjoying themselves. Even when we were hit with the deluge Sunday evening–the first time I’ve ever experienced that much rain during a Pride celebration–people were laughing and having a wonderful time. To have it all capped off by that gorgeous double rainbow surrounding the downtown in a glimmering dome of love, really seemed to say we are blessed. What more of a sign could you expect from the powers above that love is the answer?

So on that note, let me sign off with an unofficial tribute to my blog by Donna Summer.

Enjoy the rest of this fabulous season!

Jeff Harrison is going into his 7th year as editor-in-chief of PinkPlayMags and is astounded at how quickly the time has flown by! Ink runs through his veins and if he's not writing, or editing, then he's voraciously reading...or nerding out over a good comic book, or video game.