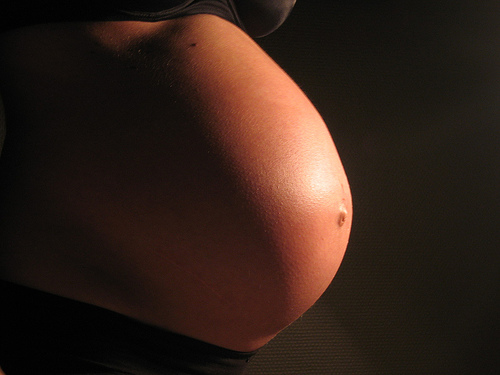 Chances are you have read about Baby Gammy in the news. He was born to a Thai surrogate last month with Down Syndrome. His Australian genetic parents, who paid the surrogate to carry him, left him behind and brought only his healthy twin sister home. It’s unclear whether this was voluntary or coerced. There has since been an outpouring of international support and funds raised for the care of Baby Gammy.

This story strikes fear in the hearts of many surrogates and intended parents. After all, the primary concern in surrogacy arrangements is: what if the other party changes its mind? Will I be stuck with a child I did not intend or cannot afford? Will the surrogate refuse to give me my baby?

Surrogacy is an increasingly common option among gay males as a method to build their families. So, could this happen in Ontario? And, if so, how can these risks be managed?

Could a surrogate in Ontario change her mind?

Yes, a surrogate could change her mind. At birth she would legally, by default, be recognized as the mother. The good news: this is incredibly rare.

Because it is against the law in Ontario for surrogates to be compensated, those who act as surrogates do so from the goodness of their hearts and are not motivated by money (although it is noteworthy that in jurisdictions that allow commercial surrogacy some surrogates describe the money as simply a bonus to a good deed).

If she changed her mind there would likely be litigation and a court would decide who gets what rights and obligations in relation to the child.

Could intended parents in Ontario change their minds?

Technically intended parents could change their minds and then the surrogate would likely keep the child or look for adoptive parents. Fortunately, this is extremely unlikely. Most intended parents travel the long, difficult and expensive path of surrogacy out of an unwavering desire to be a parent.

In jurisdictions such as Ontario it can be difficult to find surrogates because they are not allowed to be compensated. However, on the positive side, intended parents have few alternatives and are therefore even less likely to back out of an arrangement.

How can the risks be mitigated?

There are many risk management strategies to reduce the risk of the other party changing its mind. Below sets out three of the most important strategies.

Intended parents are usually genetically related to the child (or one partner is), and the surrogate is usually not. This increases the probability that the intended parents will feel connected to the child and that the surrogate will not. It also increases the likelihood a court would find the intended parents to be the legal parents should the matter be disputed. Reversely, a surrogate who is the egg donor would have a stronger case by virtue of her genetic connection if she wanted to be recognized as a legal parent.

Many fertility clinics have surrogates go through a psychological assessment with a professional to confirm she is psychologically fit to be a surrogate. Assessments can help screen out individuals who may struggle giving up the child.

Surrogacy contracts should be entered into in all cases. Contracts help ensure parties are on the same page with respect to difficult topics such as termination of the pregnancy. Contracts also demonstrate intention should a dispute later arise.

All parties should receive independent legal advice to ensure they understand the agreement and what could happen if the other party changed its mind.

Surrogacy is usually a wonderful and positive experience for everyone involved. The Baby Gammy story is troubling, but fortunately a very rare occurrence.