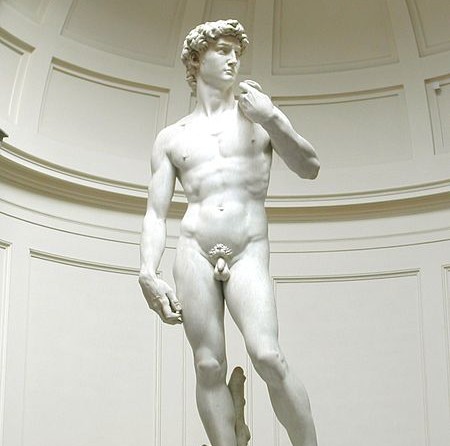 The Importance of Being Earnest…when you travel

Oscar Wilde Tours is launching  its inaugural tour, “Oscar Wilde’s Dublin, London and Paris.” The tour was designed to connect gay travellers with their own heritage. “We’re providing gay travellers with the opportunity to learn about same-sex love throughout the ages, in different times and cultures,” says Professor Andrew Lear, founder of the Boston-based tour company. “We’ve taken the concept of a typical cultural itinerary and given it our own twist: see the past from the gay perspective.”

Scheduled for October 2014, the tour will initiate a set of offerings that will cover gay history throughout the ages: ancient Greece, imperial Rome, Renaissance Italy, Weimar Berlin and more.” Professor Lear brings decades of expertise to his company—both as a specialist in gay history and an experienced director of tours. By combining his skills as an educator and guide, he aims to provide a travel experience that is intellectually stimulating and culturally enriching. On every tour, for example, it will bring in academics, authors and artists with a gay expertise to deliver lectures and talks that are related to the theme of the tour.

Centres of love, light and literature. Capitals of empire, culture and fashion. And now, yours to discover as never before.

Join a journey unlike any other. You will follow the life of our patron saint, Oscar Wilde, reliving his triumphs and tragedies exploring three of the great capitals of Europe, luxuriating in their cultural riches and steeping in their magnificent history. You will see these cities from a new, unique angle—one that reveals their long-hidden but extremely rich gay history—while enjoying world-class hotels and truly exceptional dining experiences.

Exclusive Places: Rarely visited and fascinating places—many of them usually closed to the public—as well as famous sites with secret gay histories. Take a gay tour of Britain’s National Portrait Gallery, and visit Wilde’s rooms at Oxford. You’ve never seen these cities quite like this.

Luxury: The five-star hotels and restaurants are both historic and at the pinnacle of modern luxury. Stay at the hotel where the Duke of Wellington was born, and finish your afternoon tea with pastries inspired by Ireland’s leading private art collection. It’s the least that Oscar would expect of us.

Great Speakers: The roster of speakers includes the leading Wilde scholars in three countries, as well as renowned biographers and exciting interpreters of Wilde—and other gay authors—in the theatre. Listen to the insights of famous gay historians and artists, and chat with them over tea or champagne!

COMING IN 2015 – GAY ITALY: FROM CAESAR TO MICHELANGELO AND BEYOND

The splendor of ancient Rome…the glory of the Renaissance…the magnificence of the Baroque—Italy is the artistic treasure house of Western civilization.  But there is a side to Italy’s story that most people aren’t aware of:  from the Caesars to Michelangelo to Visconti and Pasolini, Italy is also a storehouse of gay history—and many of its artistic treasures celebrate same-sex love.

Join a different tour of Italy, as the gay side of our common heritage in Rome, Naples, and Florence is revealed, three of the world’s greatest cultural cities. The tour begins in Rome—capital city of emperors, popes and artistic geniuses. You will learn about the history of same-sex love as far back as the

Etruscans, and discover the secret lives of the emperors—from Caesar, Nero and Heliogabalus, to Hadrian and his slave lover Antinous, whom he had deified after his suicide. We will follow in the footsteps of Caravaggio—rebel, murderer and lover of men—and visit Roman sites connected with the Italian opera, including those where Puccini set Tosca.  And of course no visit to Rome would be complete without enjoying some of its great culinary pleasures, including a sampling of Italy’s very best gelaterias.

From Rome the tour heads to Naples, the fascinating metropolis at the foot of Mt. Vesuvius. Visit the ruins of nearby Pompeii to peak into the lives of ancient Romans with their startlingly frank depictions of sexual life—and unlike visitors for most of the 20th century, you visit the Naples Archeology Museum’s infamous Gabinetto Segreto without having to prove that we are “of mature age and respected morals”!

Next  head to the ravishing Amalfi Coast and Paestum, with its beautifully preserved Greek temples and the last remaining intact ancient Greek wall-painting (which, perhaps unsurprisingly, depicts a male-male love scene).  Finally,  take the boat to Capri, island of supreme beauty, where you will learn about its 2,000 year record of same-sex love, from their uins of the Villa Iovis, site of the Emperor Tiberius’ pansexual orgies, to the early 20th century, when this pearl of the Mediterranean was a European version of Provincetown.  Along the way we will enjoy the gastronomic specialties that make Southern Italy so famous, from buffalo mozzarella and limoncello to the original pizza Margherita.

Additional tour information and booking details can be found here.