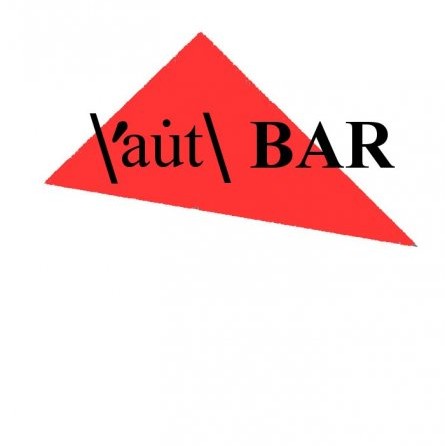 Keith Orr is the co-owner of \aut\ BAR and the Common Language Bookstore located within the Kerrytown Braun Court district of Ann Arbor, Michigan. Orr and his husband, co-owner Martin Contreras, were among 300 other local same-sex couples who were married in March of 2014 after a federal judge struck down the state’s ban on marriage equality, and before the sixth circuit court of appeals put the decision on hold. The American Civil Liberties Union of Michigan filed a lawsuit on the behalf of eight couples, including Contreras and Orr, who were legally married during the window. The ACLU argued that the state is violating the couples’ due process and equal protection rights by refusing to recognize the marriages. 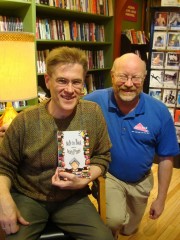 I recently had the chance to visit this charming town in Michigan, and popped into both establishments cosily tucked away in their own little enclave of the city. Here’s what Orr had to say about his businesses, and Ann Arbor, the place he calls home.

1. Can you tell me a bit of history behind both Common Language and Aut Bar in terms of when they opened and how they initially served the local LGBT community?

The aut BAR opened in 1995. Martin Contreras (my partner) had a Mexican restaurant in the same location from 1986-1995. So when we converted the space and created the aut BAR, it was only natural that the menu would have a strong Mexican influence, which it retains to this day. When we opened, we were the first and only gay owned LGBT bar and/or cafe in the city. That remains the case to this day. As such, we filled a large void as a gathering space, fundraising center, and general hub of the community. Our mission remains to serve the community, but how that happens has changed some with the times.

Common Language was founded in 1991. Martin and I acquired it in 2003. We moved it about four blocks to its present location in 2005. The bookstore has always had niches or identities, as an LGBT and Feminist bookstore. Like many LGBT bookstores, the bookstore acted as a de facto Community Center in its early years. The founding of the Jim Toy Community Center (next to the bookstore) has since fulfilled that need. However, the bookstore continues to be an important resource to the community.

2. How does this compare to where you are at today with both in terms of clients, social events, visibility, and the surrounding neighborhood?

The mix or demographic of each business has not substantially changed over the years. We have always seen the aut BAR as a neighborhood bar, but our neighborhood is demographic rather than geographic. There has probably been a larger straight following over the years, as they discover the great food the kitchen creates and the fun atmosphere of the courtyard. We remain straight-friendly, as long as the clientele recognizes that first and foremost we are a safe space for the LGBT Community.

The bookstore is challenged, as are so many independent LGBT Bookstores. We believe that its mission as a resource for the community is still vital. So we are running it more like a non-profit, with a variety of fundraisers to help Common Language survive and thrive.

When we first opened for business in the Kerrytown Neighborhood it was a rare thing in this part of town, a run-down neighborhood. There were several businesses critical to the turnaround of the neighborhood, and we are proud to have been a part of that. Interestingly, Kerrytown now shows up on wikipedia’s list of gayborhoods or gay villages. Both the bar and bookstore are critical to that identity. 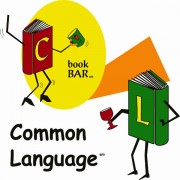 3. Are you involved with any other business, groups, or organizations within the city?

Over the years we have served on a variety of boards, including the Kerrytown District Association, Performance Network (professional Theater), HIV/AIDS Resource Center, and the Downtown Development Authority. We also participate in fundraising and supporting dozens of other organizations.

4. As far as other happenings beyond your own endeavours, what other aspects of the city do you enjoy most?

One of the things I love about Ann Arbor is that we have a little of everything here. It is a great food destination, the University of Michigan has an amazing Art Museum, and the Detroit Institute of the Arts is just a short drive outside of town. There’s also great Theater on the professional, civic, and, college level. One of my favorite jewels is the Michigan Theater, a restored historic theater, complete with a restored theater organ.

5. Are there other LGBT individuals that you feel have made, or are making, a difference to the city in one way or another?

At the top of the list is Jim Toy. Jim founded the LGBT office at the University of Michigan in 1971, the first in the nation. He was a major part of our civil rights battles in the city, and in the state, and continues to be active to this day. The man is an inspiration and a legend. We have had openly gay politicians since 1972 (again, the first in the nation). For several years our mayor pro tem was Chris Kolb. More recently Sandi Smith served several terms on City Council, and continues to serve the city on the Downtown Development Authority (DDA) with me. Patrick Yankee was the first director of the HIV/AIDS Resource Center (HARC). An amazing organization to this day, in no small part because of the foundation he laid.

Check out Visit Ann Arbor for all you need to know before you go.