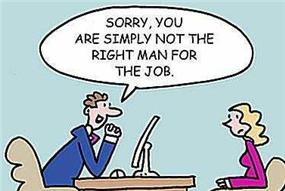 Politics and Sexism: Not Much Has Changed

I was recently perusing through my Facebook feed and I came across this article, No Excuses: Why women need to step up. It is, of course, nothing new to read pieces that tell women why they just simply need to buck up and suck it up when attempting to attain equality, but in lieu of recent allegations of sexism in the City Hall offices of Toronto and Calgary I decided to take a closer look at these words of wisdom from writer Scott Gilmore.

“The recent elections in the United States and Canada prove, once again, that there are not enough women in politics. And while systemic sexism doesn’t help, women themselves must shoulder part of the blame,”  says Gilmore. He continues, “The surest way to improve the quality of the political talent pool is tap into the 50 per cent of our population who have traditionally been excluded.” This master plan is simple according to Gilman. because our excuses for not jumping into the piranha tank of white male privilege we call politics are simply not good enough.

In Calgary City Hall, the political haven of the one and only World Mayor Naheed Nenshi, accusations of sexism, drug use, and alcoholism have made national headlines. According to Calgary Counsellor Druh Farrell there has been systemic  sexism going on in Wild Rose Country for years. “I’ve had meetings where there has been a party in the office and it’s disrupted my meetings. When I’ve complained I’ve been told I don’t need to attend. If you look at why there are fewer women on council maybe that can explain part of it, the approach and tone within this building.”

We all know the sexist, racist, and homophobic ramblings of ex-Mayor Rob Ford, but when the race for his successor last year got really ugly. the old favorite attacks reared their ugly heads. Olivia Chow got the brunt of the disgusting characteristics many politicians and Canadians still hold dear to their heart. A self-proclaimed Ford supporter told Chow at a Mayoral debate to “go home, back to China.” Well known and out councillor Kristyn Wong-Tam was told, amongst other things “I hope you get AIDS and die in public office.”

According to Sheryl Sandberg, author of Lean In: Women, Work, and The Will to Lead women need to jump into the male sphere in whatever way possible. “If you’re offered a seat on a rocket ship, don’t ask what seat! Just get on,” Similar to Scott Gilmore, the onus to eliminate sexism in the workplace is put upon the women to accomplish. In other words, we as women should just accept the bullying we receive as common place, and just be thankful for our spot in the system. Well, this isn’t good enough.

In order to fully eliminate sexism in politics, and for any workplace for that matter, systemic sexism needs to be eliminated. This can’t be done by just ‘letting us in’, because you are basically telling us to sit down and shut up. Why should we just jump in as both Gilmore and Sandberg want us to, if it only results in badgering, bullying, and brutality? There has to be a better reason.

So, in response to Scott Gilmore, I say this. You are correct, politics will indeed get better once women play a stronger role in the system. The problem however, lies not in our ability to sign up, but with the fact that politics still doesn’t want us. So before you tell us what we should do, and how we should do it. perhaps you should ask us why we don’t play in the political shark tank instead.