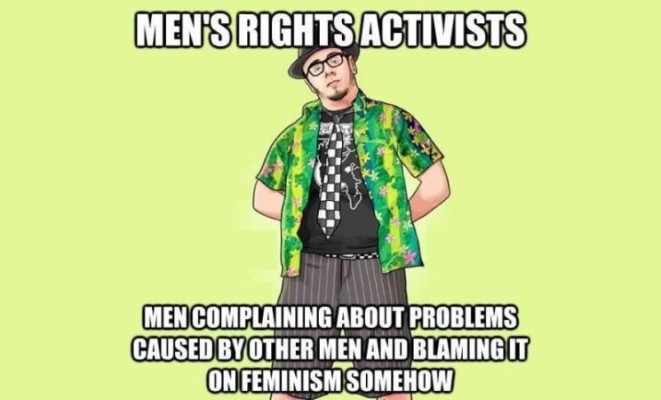 Men’s Rights Groups Have Got It Wrong

So, my Facebook page doesn’t see a lot of action from others, only posts from yours truly, usually proudly proclaiming my love of my new found singlehood, or perhaps showcasing the talents of any writer on Autostraddle.com. Well, to my astonishment (and perhaps deepest desire), posting an article on Men’s Rights Organization CAFE’s latest billboard extravaganza, with my caption ‘Thoughts?’ created more likes and comments and debates than my page has ever seen.

Before i divulge into the feedback I received on my Facebook page, as well as some interesting CAFE facts, I need to disclose some facts. Most of these responses were from cisgender white folks who were equal parts male and female. I say this because, regardless of the fact that the arguments were relevant, to have only this demographic, leaves out a large portion of folks who are affected by domestic violence, and without this input we only scrape a tiny portion off of the problems, we as a society face.

CAFE recently decided to post an elephantine billboard on the corner of Davenport and Avenue in Toronto with the proclamation, “Half of domestic violence victims are men,” and that “There are no domestic violence shelters dedicated to us.” Displayed alongside the message of  the Men’s Right’s rhetoric is a picture of a white woman, closely resembling Linda Blair in the Exorcist, as Leah McLaren of the Globe and Mail puts it, screeching something to the poor white man, who has to plug his ears in protest.

A self-proclaimed group “committed to achieving equality for all Canadians,” CAFE has had its fair share of controversies. In March of 2014, they were granted charitable status by the Canada Revenue Agency, however lied about having Egale Canada, Women’s Legal Education and Action Fund, and the Status of Women Canada as potential participants in future events and panels organized by CAFE. The WorldPride 2014 committee in Toronto revoked CAFE’s permit to march in the Pride Parade due to concern that the group would not align with the values of Pride Toronto. Despite this fact, CAFE marched in the parade alongside the Sherbourne Health Centre, arriving the morning of the parade in CAFE t-shirts. Sherbourne asked them to wear Sherbourne t-shirts, which they did, however passed out CAFE paraphernalia to the audience. When asked about this, Sherbourne stated that they were not aware of this, and if known, would have asked them not to walk with them.

In 2012, CAFE organized an event with keynote speaker, and a leader of the modern Men’s Movement, Warren Farrell, author of such works as The Myth of Male Power, Why Men Earn More, and my personal favorite, Does Feminism Discriminate Against Men?  at the University of Toronto. This was met with protests organized by the University of Toronto’s Student Union. Some of the female protesters were subject to online harassment on register-her.com, a repugnant website run by American Men’s Rights Group, A Voice for Men. Some fine work from a flock of fear-mongering, emasculated folks questing for ‘equality among all Canadians.’

As stated, my Facebook page was aflutter with action when this article was posted right after the absolutely adorbs video of animals seeing the outdoors for the first time. Some comments were expected, “False stats. They’re lying,” and “Half is a bold claim.” Some from concerned parents were correct in their concern, “As a woman with two sons…..if any of us experienced any kind of violence I would hope that we would have a safe haven and respect shown to us…..regardless of gender.” Others spoke from the concern of men, “My point behind all of this is, we don’t have enough support for men in any negative situation, addiction, abuse, or otherwise. I’m very thankful that women get as much support as they do, but I acknowledge that more could be done.”

There was also some concern about abuse in general, “Domestic violence needs to be addressed with all sex’s in any campaign bringing about information, which then leads to discussion about this topic, is a win/win for all,” and “The numbers are very real. Gender aside, abuse is abuse – physical, emotional, financial – and it hurts individuals and society at large. I am a man and I have suffered abuse at the sign of men, and women. Some people aren’t given the words to express their frustration. I am also lucky to know that I don’t thrive in a relationship like that. Many people out there however cannot leave their abuser, or do not feel they have the power to change the situation.”

As a feminist and a woman, I of course have an opinion. It is very difficult to keep my imminent and intense rage at another Men’s Rights Group telling me as a feminist that I am the root of all of their ailments and inadequacies when in fact I know damn well that patriarchy is the cause, not me. This is the thing, violence is not an issue solely allocated to women. It happens EVERYWHERE and excludes no one and I will never dispute that. What I absolutely detest is the fact that these groups such as CAFE that have degraded women over and over again, and were created right around the time feminism really started making a difference and continue to claim to fight for equality  yet instill such a hatred towards women’s rights that they will do nothing short of attempting to strip any essential service we rightly deserve.Yes, the system is skewed, and yes domestic abuse is far from solved. Abuse and the power structures that surround are a direct result of patriarchy which was created by very powerful white men. This is what CAFE should be angry at, not the women struggling to live on an equal footing as men. 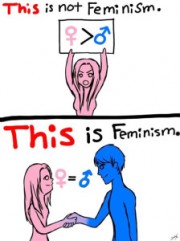