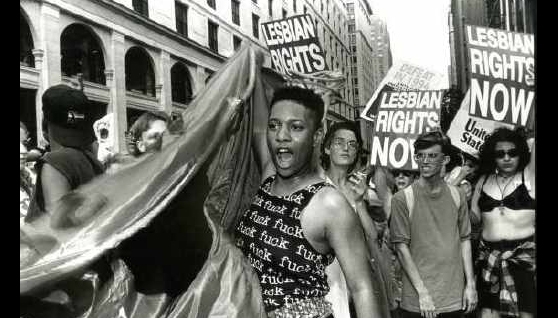 Last night I volunteered for a really fabulous queer event here in Calgary. When you think of Calgary, you may not think ‘Canadian queer central’, and compared to cities like Vancouver and Toronto it isn’t. What it does have that I find many larger cities lack, is a sense of cohesiveness and camaraderie that seems to get lost as communities get larger, and ‘tolerance’ by our heterosexual counterparts becomes more apparent. Calgary is at a pinnacle of capaciousness as the city is becoming more mainstream, and the sense of ‘queer community’ is on the verge of liquefying.

This event I was at, Apollo Friends in Sport, Western Cup, is one of our biggest queer events all year, next to Pride, and was a genuine success. One thing struck me though, the ratio of male identified folks compared to female was immensely skewed. In fact, my friends and I joked that we were the only four women in the place. One friend refused to dance because she kept getting pushed around by  the conflux of well-dressed and well-cologned gentleman dancing to DJ Mimi Imfurst. I have been to one of these events before and from what I can recall, the ratio has been the same. I find myself wondering why I never noticed before. Or more concerning, maybe I did notice, but just accepted as fate.

So what had changed, and why was it so apparent to me last night that the lack of women in that particular space? Was it because that space was not a space we were particularly welcome in?

For a short time between 2012 and 2014, I lived in Toronto. As soon as I arrived I immediately looked on the Pride Toronto website to see what opportunities were available as I had a long history with Pride Calgary and wanted to continue to be involved with Pride in any capacity. To my surprise, the Dyke March was advertised as looking for a Team Lead. What surprised me more, was the fact that Pride Toronto was in charge of the Dyke March.

The Dyke March is generally not part of any Pride organization for a reason. The first Dyke March was created to increase visibility of dyke identified folks including bisexual, lesbian, and transfolks. Of course the Pride Parade attracts a large crowd representing the diversity of our community, but is this really the case? Not so much. The Pride Parade, at least in large North American cities has turned into nothing more than a corporate mecca targeting the gay man. We are inundated with visions of flaming mascots like ‘Trojan Man’ and the ever multiplying ‘TD Boys’. These corporations are baiting you for your money, and they are now the norm at each Pride Parade, queer event, and ad campaign.

Take Back the Dyke Toronto 2010

While my team consisted of some kick ass Dyke activists, our mandate belonged to Pride Toronto. We were financially controlled by them and their sponsors. We were told when our march began and when it ended. Every single decision we made as a team of dykes had to be okay’ed by the entity known as Pride Toronto. Pride Toronto, of course, was doing their job. They were operating as a large, corporately contained event management organization with a queer focus. These were, and still are, a group of fine people doing a fantastic job. I mean last year alone, World Pride welcomed millions of visitors. Pride Toronto knew no better. The event I attended last night knew no better.

So why are these organizations and event planners missing the mark when it comes to reaching the masses, meaning everyone else that isn’t a gay guy?

The problem is systemic sexism. This isn’t a general queer problem. This is a world problem that unfortunately reflects in our community just as much as any other. The gay white male wins the race. The gay white male has the money and therefore has the power to control almost everything, like Pride Toronto and like the event I went to last night. There is no room for us because the gay white male does not understand that it needs to be created. Instead the lack of our presence is chalked up to catchy phrases such as “lesbians don’t go out” or “there aren’t really any trans people in the city”. Both of these statements of course are completely false, but sadly they are commonly spoken.

So, before you decide to chalk up the lack of our attendance on ‘woman issues’ or ‘trans issues’ perhaps take some things into account. We do not make as much money as you. In fact trans women of colour make way less money than we will ever make. They also face much more violence. Is your event a safe one? Does it cost more than I make in a day? We also make up the greater percentage of caregivers. Did you give us enough time to find a babysitter or did you plan your event a couple of days ago? Again, after paying a babysitter can I afford your event? Do any of your organizers identify any differently than as a gay white male? If there are a couple of these folks do you give them the space to  contribute? Do you really listen to what they have to say, and give them a safe space to do so? If you don’t have any of these people as part of your team, why not? Have you actively searched for a few good, diverse folks to balance you out?

These are just a few examples of checking yourselves out. What is apparent is that the bulk of us are not included in your events. We simply aren’t given the space to become a part of it, and at this point in the game I can imagine it would be easy to write us off because without us you are doing just fine. Well  I would like to argue that you are actually doing a horrible job at being a good queer. We as a community are doing so many great things in the fight for human rights, but we still suck at gender acceptance and equality. You as queer organizers need to step back and check your privilege. You need to reach out to those that aren’t included and do something about it. If we don’t, then we are just like everyone else.