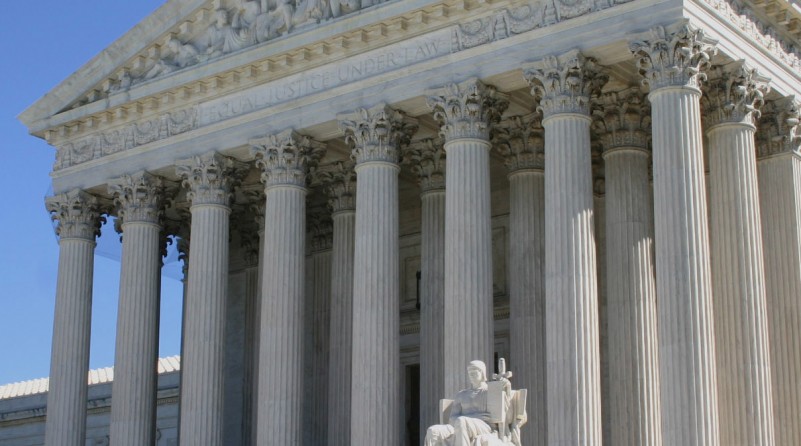 You likely heard about the historic ruling by the Supreme Court of the United States in June 2015 striking down laws prohibiting same-sex marriage. I suspect most of you have read only the media publications on the decision, so I  thought it might be interesting to look at the written decision of the Court and pull out some of the reasons that formed the basis for this ground-breaking decision.

The case was brought to court by 14 same-sex couples, and two men whose partners are deceased. They claimed that their rights were violated by being denied the right to marry, or have their marriages fully recognized (where performed out of state). Cases were brought in several different states and then later combined as they made their way through the judicial system. The decision, which was not unanimous, was released on June 26, 2015.

In its reasons for the decision, the Court looked at the history of marriage and how marriage is an evolving institution in society. It pointed to the following examples:

The Court found that same-sex couples are denied “the constellation of benefits that the States have linked to marriage”, and that excluding same-sex couples from marriage demeans them and imposes stigma. The decision concluded with the following statement:

“The Court, in this decision, holds that same-sex cou­ples may exercise the fundamental right to marry in all States. It follows that the Court also must hold—and it now does hold—that there is no lawful basis for a State to refuse to recognize a lawful same-sex marriage performed in another State on the grounds of its same-sex character.

No union is more profound than marriage, for it embodies the highest ideals of love, fidelity, devotion, sacrifice, and family. In forming a marital union, two people become something greater than once they were. As some of the petitioners in these cases demonstrate, marriage embodies a love that may endure even past death. It would misunderstand these men and women to say they disrespect the idea of marriage. Their plea is that they do respect it, respect it so deeply that they seek to find its fulfillment for themselves. Their hope is not to be condemned to live in loneliness, excluded from one of civilization’s oldest institutions. They ask for equal dignity in the eyes of the law. The Constitution grants them that right.”

It is often shocking to see how slowly the law can move forward, but always reassuring when progress is made. Congratulations to our friends south of the border on this momentous event!