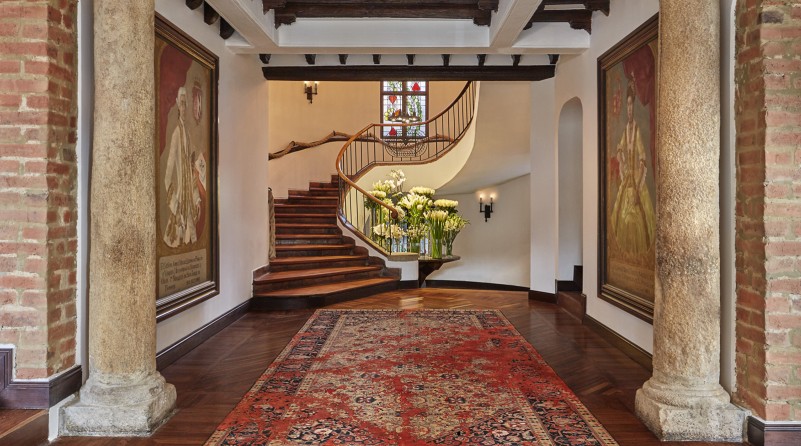 The first of two Four Seasons locations in the Colombian capital re-introduces an esteemed hotel as a signature Four Seasons experience Long the favourite of the city’s power players and an international clientele ranging from rock stars to heads of state, a beloved landmark now begins a new chapter in its storied history with the opening of Four Seasons Hotel Casa Medina Bogotá on October 15, 2015.

Careful restoration of the residential-style hotel has retained the French and Spanish-influenced design details of artist and architect Santiago Medina Mejia’s original 1946 building, while technologies have been fully updated and modern luxuries added for today’s most discerning travellers and local guests.  Sixty-two rooms and suites – no two alike – have been beautifully redecorated taking advantage of unique features such as fireplaces or beamed ceilings.

An all-new dining concept will also be unveiled upon opening:  Castanyoles Raciones y Tapas, named for the traditional hand-held percussion instruments also known as castanets.  With a wood-burning grill and Spanish tiles inside and a broad terrace beneath a new glass atrium outside, Castanyoles will serve a Spanish-influenced menu for breakfast, lunch, dinner and cocktails, as well as offer gourmet items and Colombian coffee to go.  The 16-seat private dining room is ideal for intimate celebrations, family dinners and business meetings. Additional features include a full-service spa retreat and 24-hour gym for the exclusive use of Four Seasons guests.