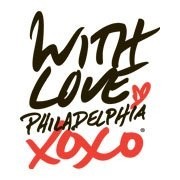 Art connoisseurs will find lots to love in Philadelphia’s art scene, with dozens of exhibitions packing the calendar from now through 2016. These shows offer museumgoers many opportunities to reflect on the works of great masters or discover exciting new talent on the brink of a breakthrough.

Here’s a look at some must-see exhibitions coming up through 2016:

Philadelphia Museum of Art:
2600 Benjamin Franklin Parkway, (215) 763-8100, philamuseum.org
• Audubon to Warhol: The Art of American Still Life features oil paintings and watercolours from the early 19th to the mid-20th centuries. The unusual match-up of masterpieces includes Audubon’s classic hand-coloured engravings, Hartnett’s magical trompe l’oeils and Warhol’s humorous pop art. Through January 10, 2016
• The mysteries of the royal courts of Northern India are revealed in Drawn From Courtly India: The Conley Harris And Howard Truelove Collection, features practice sketches, drawings and lightly coloured compositions dating to the 16th and 19th centuries. December 6, 2015-March 27, 2016
• International Pop chronicles a global phenomenon that generated distinct art influenced by the cultural, political and social landscapes of the 1950s through the early 1970s. It features 122 works, including paintings, sculptures and films, from 20 artists. February 24-May 15, 2016
• Mexican Modernism: 1910-1950 will make its only U.S. showing in Philadelphia. The exhibit features more than 200 pieces from the collections of the Museo del Palacio de Bellas Arts in Mexico City and the Philadelphia Museum of Art. October 2016-January 2017

Pennsylvania Academy of the Fine Arts (PAFA):
118-128 N. Broad Street (215) 972-7600, pafa.org
• Procession: The Art Of Norman Lewis displays 90 paintings and works by the African-American painter, scholar and teacher dating from the early 1930s to the late 1970s. November 13, 2015-April 3, 2016
• Collectors discover up-and-coming artists during PAFA’s Annual Student Exhibition. The country’s oldest and largest art museum and school previews the works of graduate and undergraduate art students during the yearly show. May 13-June 5, 2016

Woodmere Art Museum:
9201 Germantown Avenue, (215) 247-0476, woodmereartmuseum.org
• Between the start of New Negro Arts Movement in the 1920s and the Civil Rights Movement in the 1970s, local black artists were prolific in creating and experimenting with art. Speak: Black Artists in Philadelphia, 1920s-1970s exhibits more than 70 paintings, sculptures, photographs and drawings that reflect the spirit of the times. Through January 24, 2016
• Visitors can trace five decades of the career of a celebrated local realist in The Weight of Watercolor: The Art of Eileen Goodman Woodmere. Early drawings, prints, oils and watercolors exemplify her skill in applying shape, texture and colour to capture the natural beauty of flowers, fruit and arranged still lifes. Through March 14, 2016

More Exciting Exhibits:
• In her first-ever solo exhibition on display at the Institute of Contemporary Art, Becky Suss uses exaggerated perspective and a flattened technique to re-imagine the mid-century homes and environments of her relatives. Through December 27, 2015. 118 S. 36th Street, (215) 898-7108, icaphila.org
• The Mütter Museum of The College of Physicians of Philadelphia presents Mind Illuminated: Art and The Brain, a collection of paintings by Philadelphia artist and neuroscientist Greg Dunn that blend art and science. Through January 7, 2016. 19 S. 22nd Street, (215) 560-8564, muttermuseum.org
• The exclusive world-premiere exhibition of The Golden Age of King Midas at the Penn Museum features rare art and artifacts from the Republic of Turkey. They were excavated at the real King Midas’ ancient city of Gordion. February 13-November 27, 2016. 3260 South Street, (215) 898-4000, penn.museum
• Picasso: The Great War, Experimentation and Change makes its first stop at the Barnes Foundation. Inspired by the Columbus Museum of Art’s Still Life with Compote and Glass and the Barnes’ extensive Picasso holdings, the show features 50 Pablo Picasso works completed between 1912 and 1924, along with 15 other important canvases by his contemporaries. February 21-May 9, 2016. 2025 Benjamin Franklin Parkway, (215) 278-7200, barnesfoundation.org

More Info on Philadelphia can be found here

Also, read this OUT Magazine on how things have changed 20 years after the Tom Hanks movie “Philadelphia” was released.