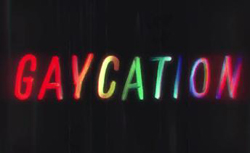 The newest addition to the Rogers Media specialty portfolio, VICELAND launches Monday, Feb. 29, featuring hundreds of hours of cutting-edge, authentic programming developed and produced by the young creative minds that are the heart and soul of VICE. VICELAND will launch with a full slate of prime-time shows, including Gaycation with Canada’s Ellen Page  and friend/co-host Ian Daniel, and noisey hosted by Zach Goldbaum. Also a proud home to Canadian content, VICELAND will feature many series produced out of the VICE Canada studio, including Cyberwar, hosted by Ben Makuch, and Terror with VICE Media Co-Founder Suroosh Alvi.

VICELAND, VICE’s new TV network in partnership with Rogers, launched the first trailer for GAYCATION, a brand new series hosted by Canada’s Ellen Page and Ian Daniel. Ellen and her best friend Ian set off on a personal journey to explore LGBTQ cultures around the world. From Japan to Brazil, Jamaica to America, they discover the multiplicity of LGBTQ experiences, meeting amazing people and hearing their deeply moving stories of struggle and triumph.

GAYCATION celebrates the state of LGBTQ identities across the globe. The series premieres on Wednesday, March 2nd at 10PM.

VICELAND is developed and produced by VICE, the Emmy and Peabody Award‐winning youth media brand and content studio—in a unique venture with Rogers Media. Oscar ‐winning writer/director Spike Jonze, a longtime VICE partner, serves as Creative Director of VICELAND. VICELAND will be a 24‐hour cable channel specially programmed with engaging, original content across the worlds of culture, food, sex, fashion, music, sports, and much more. The network launches on February 29th, 2016. Jonze and VICE’s chief content officer Eddy Moretti worked closely with the filmmakers in developing the VICELAND programming.

Says Jonze, “The mission of VICELAND is to create a place where we can create content that reflects how we see the world. Everything on the channel will have a point of view: either our point of view or the point of view of someone who inspires us. That means a willingness to stick out your neck and say ‘this is what I think.’” He continued, The channel “is a collection of personal points of view, all unscripted shows made by filmmakers,” Oscar‐winning writer/director and the network’s creative director Spike Jonze said in introducing the session. “We’re trying to make a channel that feels personal,” he added, delivered by “a group of people trying to understand the world we live in.”

Most TV channels are just a collection of shows – VICELAND is a collection of personal points‐of‐ view. Everything at VICELAND has a reason to exist and a strong perspective. Our mission is to examine the world we live in, and explore the things that confuse us, make us curious, make us laugh, or awaken our sense of wonder.