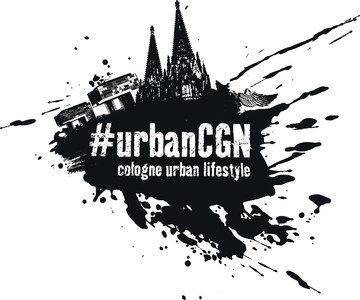 The urban lifestyle is alive and well in Cologne. The metropolis on the Rhine is today a hotbed of creativity, with a lively urban scene that offers residents and visitors alike everything that makes a city special. This includes trends that leave visible traces on the urban landscape, but also a distinctive traditional feel in each of the city’s quarters that offers Cologne’s citizens ample opportunity to identify with their home city. The cathedral city’s broad range of activities and strong creative industry make it the ideal place to be for lovers of design, fashion, culture, music, festivals, food and more. Newcomers from many different industries have joined traditional stores and established recurrent events in contributing to Cologne’s urban feel.

The international furniture fair Imm, the leading trade show for interior design, showcases international industry trends. The Passagen, interior design week, that takes place every year at the same time, is Germany’s largest design event with close to 200 shows by German and international designers and newcomers dotted all over the city. At DesignPost in the Deutz district, a 3,000 sqm permanent exhibition of internationally recognized design collections, visitors can learn year-round about the most recent trends in the industry. The ring road around Cologne’s city centre is the traditional home of several showrooms of furniture manufacturers and interior designers.

Ehrenfeld, the Belgian Quarter and more recently also Zollstock have become creative centres in their own right. While Design Quartier Ehrenfeld and the Design 18/12 initiative in Zollstock lean more towards the interior design field, the Belgian Quarter is home to a large number of small, original boutiques selling unique clothing and accessories. Every June the Belgian Quarter is host to le bloc, a fashion and design event with fashion shows, open art studios, art exhibitions, concerts and party events – a great opportunity to explore this part of the city. All year round the city offers a number of flea markets where urban chic enthusiasts can browse to their heart’s content – such as Mädelsflohmarkt (Girls’ Flea Market), Nachtflohmarkt (Night Flea Market) and Vintage Kilo Sale.

Its more traditional institutions – its museums, the Philharmonie, the Opera and the Schauspiel theatre – are joined by an exceptionally lively independent scene. The creative districts, in particular, are home to a number of extraordinary art galleries and studios. During Kunstroute Ehrenfeld in May, artists open up their studios to visitors. At the Luisenviertel district’s summer festival in June, there’s a flea market, workshops and stage performances.

The Museum für verwandte Kunst in the Belgian Quarter regularly puts on unusual thematic shows. Contemporary art galleries such as Die Kunstagentin, Ruttkowski;68 and 30works show innovative urban and street art by established artists and newcomers. Kulturbunker Mülheim on the east bank of the Rhine features a diverse programme of exhibitions, performances, concerts and much more.

The CityLeaks festival is a biennial street art festival involving internationally renowned artists that takes place in alternating districts across the city. Yet another highlight for modern and contemporary art enthusiasts is the ART.FAIR show, which takes place every year in autumn.

As a media city with a large number of TV broadcasting stations and production companies, Cologne also has plenty to offer for film enthusiasts. Kölner Kino- Nächte, a series of night-time film screenings in July, Cologne Conference in October and Cine Cologne in November are just three cinematic events of many. Several other film and literature events round off the city’s multi-faceted arts calendar.

The city is home to an exceptionally lively and young music scene that offers over a thousand local musicians and bands various platforms to showcase their art. The annual c/o pop festival in August is a trend-setting event for pop music by well-known stars and acclaimed musicians. The line-up of the WEEK-END Fest in November includes famous artists as well as newcomers. Cologne has also been the home for 30 years of Summerjam, Europe’s largest reggae festival, which draws around 30,000 visitors to Fühlinger See lake in early July.

Besides a lively night-life scene with trendy clubs and bars offering daily live music shows and DJ sets, Cologne has a wide range of unusual venues such as Gloria, King Georg and Stadtgarten. In 2015 Gebäude 9 was named Venue of the Year by the Federal German Government. The city’s many locations and clubs – the result of a collaboration between various Cologne clubs and promoter Klubkomm – regularly feature an equally wide range of DJs. Cologne’s lively music scene has also given rise to a large number of record stores, with music to suit virtuallyall tastes.

In 2016 and 2017 Cologne Tourist Board will offer a number of themed guided tours to introduce its guests to #urbanCGN. Visitors will explore Cologne and its various urban faces as well as the city-wide urban trends that are leaving their traces on the metropolis. Also, a new corporate blog has been launched at to explore what’s shaping the urban character of Cologne today.