I don’t often win, but when I do I consider it a triumph. The challenge; trying to gently make my child understand that he has to share even with me,  balanced with my need to keep the peace and enjoy the payoff, which is an enjoyable evening.  The occasion; movie night.

I often contemplate the fact that I am 37 years old, yet I still feel like I know next to nothing about boys.  Granted I only had one sister, I went to a girls school for 13 years of my life and took an arts degree in school where the ratio of girls to guys was 7 to 1. I also studied in the theatre/wellness promotion which consist of a small number of men, a larger number of gay men, and mostly women.

When The Ginger Menace chose Cars as his favorite movie, I kind of felt like I was in trouble. You may remember what now seems like years ago my first PinkPlayMags queer parenting post, “Ka-chow”, about the Lightening McQueen shaped cake on his second birthday. Holy crow I can’t believe he’ll be five in March!  But I digress, movies.

I have now lost count of the number of times I have seen each one of the Night at the Museum movies.  I recall also the point when I resorted to putting all of the Cars, Thomas the Train, and then Jack the Pirate movies in a kitchen cupboard and closed the door like it was a safe. I won’t be able to do this forever, and it makes me feel old, but after a while I knew if I watched them one more time my brain would literally dribble out of my ears in revolt!

However sometimes I win, and it surprises the hell out of me.  When we go through the sometimes charade of jointly picking a film, I say the names of movies as we flip through the antiquated envelope book of DVDs almost jokingly. “How about we watch Brave, or Enchanted you know, the one with the cute little chipmunk?”  Therefore one night when I said “how about we watch Frozen,” I said it with the same mostly defeated tone, but he said, “sure.”… Well, slap me with a carrot and call me Olof. 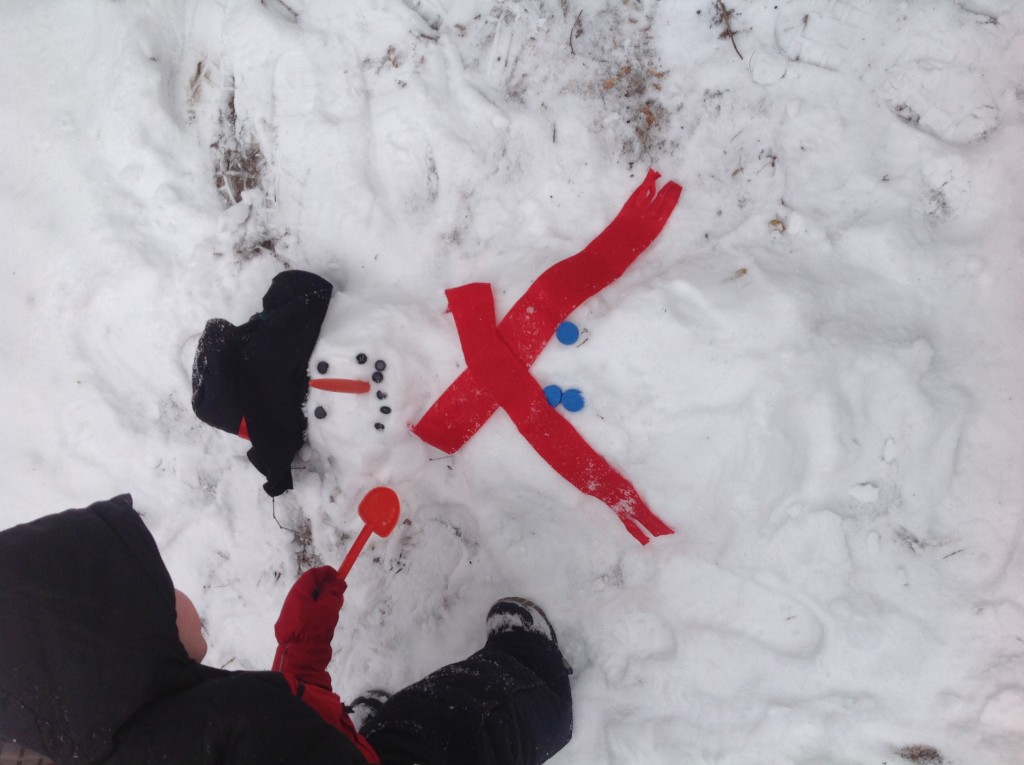 I  sat down feeling like this kind of revised fairy tale would lend a little balance to the overload of emergency vehicles and prehistoric lifeforms.  As I hummed along to the smash hit Let it Go by the glorious Idina Menzel, I watched The Ginger Menace  come to a dead stop in front of the TV and have what looked like a four-year-old epiphany.

“Why is she doing that?” he asked.

I have to say for a moment I was stumped because it was not, ” why are the dinosaurs not alive and how come we can’t have one as a pet?”  My brain was the opposite of dribble, and I had to sit there and consider what her internal motivation was, particularly because I had been beating out this tune for a year as a mantra.  I realized the answer was right there.

I love that even when I least expect it he becomes my teacher, and when I see myself in his eyes I feel like my life makes sense.  Like I have got it right and we are doing just fine.