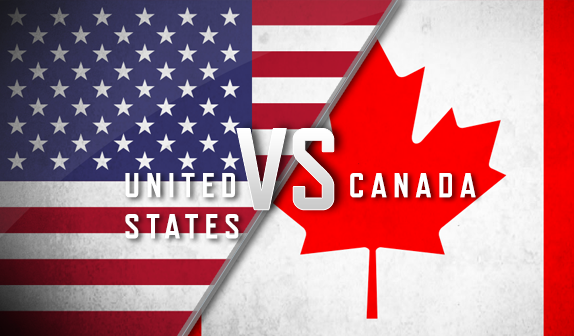 Well American politics has certainly been quite interesting leading up to the final contenders for both political parties. There’s been the expected dose of slanderous accusations along the way before reaching this point, and while Republican Donald (Big Dong) Trump and Democrat (That Womyn) Hilary Clinton seem to be the front runners, the position for the next President of the United States is still far from determined.

So what do politics have to do with travel? Quite a bit from both an overall global perspective, and the ability to create a welcoming, or not so welcoming environment for travellers.

The Land of the (not so) Free

White the majority of voters within the LGBT community typically support the more liberal thinking ways of the Democrat party, that’s not always the case. For instance, attention grabbing Caitlyn Jenner has no qualms about voicing her support of the Republican party. Clinton has voiced numerous times in favour of her support for LGBT equal rights, while Trump on the other hand has made his opinion quite clear in the opposite direction. So much so that many of the recent advances made for the community toward equal status in America by the Obama administration, such as same-sex marriage, will most definitely be one of Trump’s (and his supporters) detrimental fights to reverse such legislation if the unthinkable becomes reality.

This in addition to promising to build a wall between the United States and Mexico, and an off-the-cuff mention of one between Canada as well, sets a very terse tone toward the unwelcome vibe Trump is depicting for a future America. Add in his proposal to a complete banning of all Muslins from entering the country, and quite possibly a witch hunt on those already residing within, and we’ve got the wheels in motion for a nation trapped in fear within their own “walls”.

So how will this affect the travel industry? As one can imagine, it won’t be favourable for anyone. We’ve already witnessed a decrease in tourism to states that place draconian values on its residents, such as the recent “freedom of religion” acts in Indiana, Texas, and most recently Georgia, where even businesses have decided to pack up and leave. Can you imagine the mass effect that could happen should this type of legislation become nationwide? Well, many can, and many are already looking forward to the future should this insanity prevail.

Following Super Duper Week, a time when many Americans voted in state primaries, there was a surge in Google inquiries from within the United States about relocating to Canada. In fact, the tiny island of Cape Breton became the focus of a CNN spotlight and international headlines recently, after local Sydney, Nova Scotia resident radio DJ Rob Calabrese created a website called “Cape Breton if Donald Trump Wins” . The attention garnered on the destination has been nothing but triumphant, and even if not one single person relocates, the free publicity from the tourism aspect alone has been successful.

Furthermore, according to Google reports, web searches about “moving to Canada” reached a new record high on Super Tuesday with indicators of upwards to a 350% increase. The #MoveToCanada hashtag was also trending highly. Similar increases were last noted when President Bush was re-elected to office back in 2004. On a personal note, I’ve met several American expats during my worldly travels who have relocated to many destinations beyond Canada, and more than a couple indicated they had left at the time of that second Bush blunder.

An interesting study was recently released by Consumer Affairs in the United States that showed some LGBT individuals have been shifting toward traditionally “red” states, that are typically known for their anti-equality ways. For example, Salt Lake City, Utah, a predominately religious Mormon centre saw the largest increase in LGBT demographics compared to the overall general population. The report also showed “red” states of Kentucky, Louisiana, Texas and Virginia as showing increases, while LGBT-friendly urban centres like New York and San Diego showed a decrease.

With all the advancements in equality over the past several years these statistics seem to indicate that the LGBT population are feeling more comfortable relocating to where they prefer to reside, rather than where they traditionally navigated to in order to be accepted. These same trends can most likely be transposed to travellers as well, both national and international, as the notion of national openness continues. Let’s hope this tide doesn’t do a tsunami in the other direction anytime soon, so that the United States remains a great travel destination for people around the globe. Ok, enough with U.S. politics, as we still have nine more months to go before the November election date.

Back here in Canada, our new Liberal leader, Justin Trudeau, has been fulfilling some of his promises toward diversity, by first introducing a cabinet of mixed genders and nationalities. He’s also been the poster boy for the LGBT community as well, most recently having gained the recognition for being the first Prime Minister in office to march in a Pride Parade. He will be joined by (openly lesbian) Ontario Premier Kathleen Wynne, and LGBT-friendly Toronto Mayor John Tory, thereby having representation from all three levels of government participating in this year’s Toronto Pride Parade. Trudeau has participated in previous years, but not in his new official capacity. 2016 also marks the first year Pride Toronto celebrates with Pride Month, beginning June 1st and ending July 3rd with the largest Pride Parade in the country. Watch this promo video to get you ready for the party.

Trudeau made news again by posthumously pardoning Mr. George Klippert, the last man convicted and held in preventive detention for being gay, before homosexuality became legal in 1969 via the powers of then Prime Minister, Pierre Elliot-Trudeau (Justin’s father). Trudeau’s Office said “Klippert’s case was instrumental in the government’s decision to decriminalize homosexual acts between consenting adults.” Klippert was released from prison in 1972 and died in 1996 at the age of 69.

The Canadian Government is also considering issuing a formal apology to gay men and lesbians who were dishonorably discharged from the military, prior to the change in policy back in 1992 that then allowed openly gay personnel to serve. While no exactly numbers exist, it is believed that there may have been hundreds dishonorably discharged, and a ‘We Demand an Apology Network’ has been campaigning to have their honor restored and an official apology given.

Trudeau also took a stand against homophobic bullying by sporting pink for ‘Pink Shirt Day’, an event that began back in 2007 in Nova Scotia, when a male student was bullied for wearing a pink shirt to school. His classmates rallied behind him with many showing up in pink shirts the following day to support him, and the event has since become somewhat of a national tradition across the country.

In other news, Canada became only the third country in the world to approve preexposure prophylaxis (PrEP) as a treatment to help prevent the transmission of HIV. Truvada (the drug name for PrEP) was already approved for use in treating HIV positive patients by Health Canada, and doctors were prescribing it to patients, however this approval will likely mean that the drug will be more affordable and accessible for Canadians in need, and perhaps also lead to it being covered under provincial drug plans. The drug is known for helping to prevent HIV transmissions for those at high risk of exposure. France and the United States are the other two countries who have approved its use.

Finally, Air Canada joined the ranks of Canada’s 100 Best Diversity Employers this year, along with American Express and others, being recognized for their diversity and inclusion efforts. Conducted by Mediacorp Canada Inc., the list spotlights members of the LGBT community, women, aboriginal people, persons with disabilities and members of visible minorities. Air Canada President and Chief Executive, Calin Rovinescu, was quoted as saying that he recognizes his diverse customer base and wanted to reflect that in their workforce as well.

So now all our American friends have a welcoming airline to get to our welcoming country!