So The Ginger Menace and I have opened the doors to a familiar bereavement ridden friend, Captain Grief. The same way I birthed my little superhero over a 42hr period, similarly I brought forth this bawling, dirty mouthed being and wrote my blog The High Flying Adventures of Captain Grief!

The Menace is not too pleased. When she arrived with all her baggage (emotional and otherwise) he gave her the curled lip-snarly face, and told me only tacos for dinner would make it better. The Captain told him something that earned her about five quarters, and he said “take dirty words to the bathroom.” She was in there for three hours sobbing so I figured she paid her dues. And when she loaned him her mask we were all good. 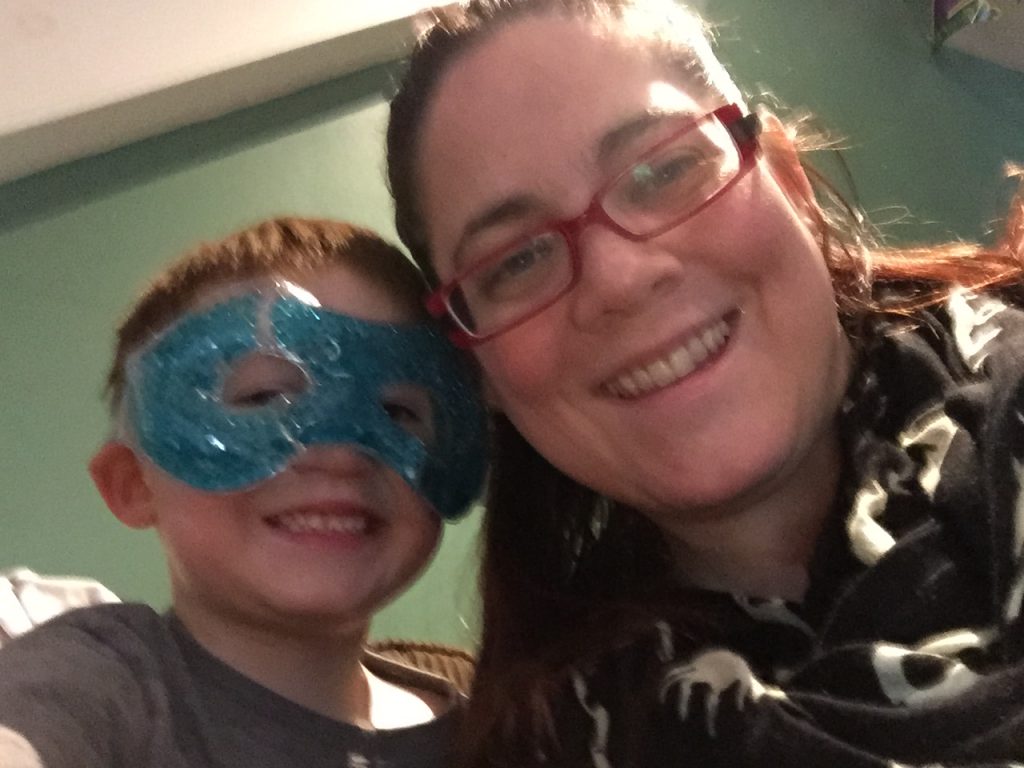 When I was asked to write The Ginger Menace I resisted at first, until as a few people pointed out, I was already a Queer Parenting blogger to I may as well. CG was an outlet for a suddenly wifeless, single parent to have space away from my child. To grieve, scream, curse and generally give myself permission to deal with my loss and keep on being a parent. 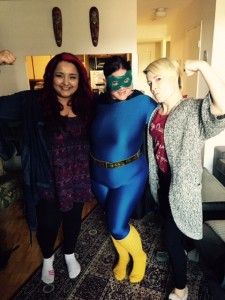 So I released my unapologetic hot mess of a crusader into the wilds and write about my Ginger Menace in a much more age appropriate way! However she hath returned and on Friday April 22nd she will be live in person on stage as part of the #HERStoryCounts production. It feels great to literally slip into the unitard of my old friend and bring her to life in a new and fully formed way. 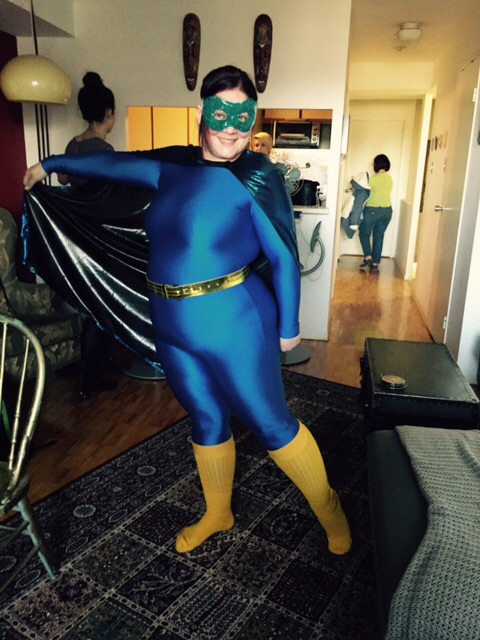 Join us as myself and six other amazing women stand up to tell their own personal stories of struggle, as well as triumph. We have done so much deep emotional writing for this production. Now we have reached a place where even as we cry, there is so much joy and laughter that our sides split repeatedly at every rehearsal!

We are officially sold out opening night, but please get your tickets for Saturday the 23rd or Sunday the 24th, at 7:30PM.  Come down to The Red Sandcastle Theatre at 922 Queen St E. Bring a box of tissues and a fresh pair of pants!

Warning: Performance is not kid-friendly. This one is for the parents!