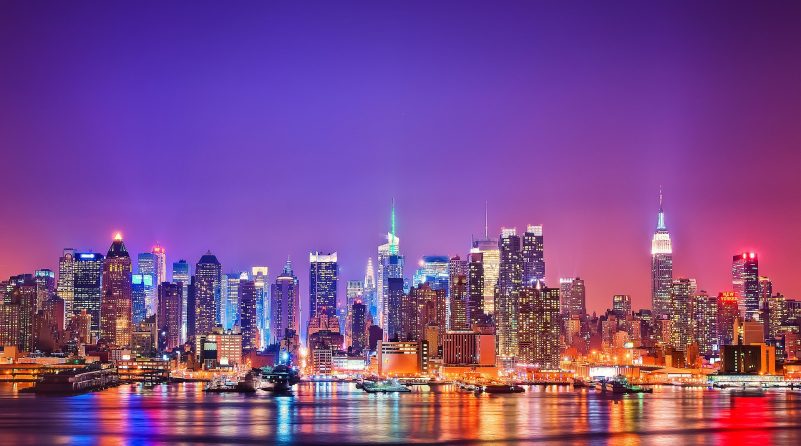 Experience live music in New York City from some of the City’s lesser known venues. With iconic live music destinations like the Apollo Theater, Barclays Center, Carnegie Hall, Lincoln Center, Madison Square Garden and Radio City Music Hall, New York City is world-famous for hosting some of the most prominent artists and music groups. The City’s five boroughs are also home to a collection of intimate venues that showcase top-notch talent and cater to music lovers of all ages and musical tastes.

Here’s a breakdown by the ‘burbs, highlighting some of the city’s under-the-radar music venues.

Lehman Center for the Performing Arts: The premier Bronx performing arts venue, home to The Bronx Opera Company and many local ensembles, epitomizes world-class entertainment and live music for its concert series and diverse music offerings. Past events at the center have included a Rock & Roll Is Here to Stay concert and the Bollywood Masala Orchestra. For the full list of upcoming events and to purchase tickets, visit lehmancenter.org.

The Amphitheater at Coney Island Boardwalk: Set to open in July 2016, the 5,000-seat arena will be host to a full summer series of live music, comedy shows and family entertainment, organized by entertainment company Live Nation. The venue will also take over hosting the annual free Seaside Summer Concert Series held in Coney Island. The stage will serve as an outdoor venue during the summer months and then as an indoor entertainment space in the winter. For more information, visit coneyisland.com.

Bargemusic: Moored at the foot of the Brooklyn Bridge, the former coffee barge turned music hall presents over 200 chamber music concerts year-round and spectacular views of Lower Manhattan. Among Bargemusic’s popular programming are the Music in Motion Neighborhood Family Concerts, free one-hour recitals where kids can listen to chamber music and interact with classical musicians. Visit bargemusic.org for more information.

The Bell House: A 1920’s warehouse turned bar and concert venue with dark wood trimmings, chandeliers, and an old-fashioned stage with red velvet curtains, The Bell House has been known to host the City’s most talented indie acts. Visit thebellhouseny.com for more information.

Kings Theatre: After undergoing a $95 million renovation, the historic theater reopened in 2015. The renovation, which included an authentic restoration of the original 1929 design, has returned the Kings Theatre to its status as one of the more prominent live music, entertainment and performing arts venues in New York City for both large-scale popular entertainment and local arts groups. For additional information, visit kingstheatre.com.

Music Hall of Williamsburg: With a reputation for organizing a lineup of top-notch artists, the Music Hall of Williamsburg has solidified itself as one of Brooklyn’s music hot-spots. The music hall’s jam-packed performance schedule makes it a great place to grab a drink and enjoy live music anytime. Featuring up-and-coming bands, concert-goers might witness the next breakout music sensation. For a list of upcoming performances and ticket reservations, visit musichallofwilliamsburg.com.

Pete’s Candy Store: Pete’s Candy Store has played a vital role in New York City’s music scene, serving as a springboard for aspiring musicians. The Brooklyn-based tavern is known for booking mostly unknown and unsigned bands, many of whom have gone on to receive greater recognition. Among its popular live music programming is an open mic night every Sunday from 5–8 pm. Visit petescandystore.com for more information.

Union Pool: Another bar and music venue attracting a vivacious crowd, Union Pool is an ideal spot to enjoy a night of live music and dancing in Williamsburg. Visitors and locals continuously flock to the bar to listen to some of the area’s most talented artists. For the recently announced list of scheduled performers and to purchase tickets, visit union-pool.com.

The Beacon Theatre: One of New York City’s most dynamic live music and entertainment venues, The Beacon Theatre showcases R&B, pop and rock concerts. Visit beacontheatre.com to view the list of upcoming performances.

Blue Note Jazz Club: The iconic club located in Greenwich Village is internationally renowned for its long history as a place of preservation and innovation for jazz. Since 1981, the club has hosted some of the world’s most famed musicians and continues to entertain its audiences with performances by jazz legends and emerging artists. Among the club’s more notable events are its bi-weekly Late Night Groove Series and Monday Night Series, showcasing New York City artists in jazz, soul, hip-hop, R&B and funk. For more information, including the Blue Note’s featured programs, visit bluenote.net.

Bowery Ballroom: With three floors and an extensive lineup of music, there’s plenty of time and space to enjoy the Bowery Ballroom on the Lower East Side. An array of budding musicians and bands take the stage each night representing genres in rock, funk, electric R&B and pop. To view the Bowery Ballroom’s calendar, visit boweryballroom.com.

The Cutting Room: One of the City’s most prestigious live music venues, The Cutting Room features performances from rock icons and up-and-coming singer/songwriter acts. The Cutting Room has hosted musicians like Ronnie Wood, Mick Taylor, Sting, John Legend and Lady Gaga, who signed a record deal after her performance at the venue in 2006. Browse upcoming shows and purchase tickets at thecuttingroomnyc.com.

Hammerstein Ballroom at the Manhattan Center: Located in the Manhattan Center in Midtown, Hammerstein Ballroom is celebrated for its elegant design and production technology. The mid-size venue has a rich history of showcasing some of the world’s biggest music stars, including All Time Low, David Bowie, Gwen Stefani, Kylie Minogue, Paramore and Thirty Seconds to Mars. For more information, visit mcstudios.com.

Highline Ballroom: The trendy Highline Chelsea ballroom presents a diverse slate of live music performances in genres ranging from R&B, metal and rock to pop, jazz and blues. For the spring lineup and to purchase tickets visit highlineballroom.com.

Joe’s Pub at The Public Theater: Located in the world-famous Public Theater, Joe’s Pub presents an extensive lineup of nightly live music. The venue supports young artists while also providing established musicians with an intimate space to entertain concert goers. Artists who have performed at Joe’s Pub include Adele, Amy Winehouse, Jason Mraz and Lady Gaga. To view the schedule of upcoming performances at Joe’s Pub and to purchase tickets, visit publictheater.org.

Merkin Concert Hall at Kaufman Center: Located on the Upper West Side, the Merkin Concert Hall has garnered high accolades such as the ASCAP/Chamber Music Award for its adventurous and innovative programming and concert series. Merkin holds world premieres from contemporary composers, in addition to concerts from some of today’s most acclaimed classical performers. The music hall’s concert series, which includes Tuesday Matinees, the New York Guitar Festival, the New York Festival of Song and New Sounds Live, runs from September through June. The complete Merkin Concert Hall music events calendar can be accessed at kaufmanmusiccenter.org.

Metropolitan Room: The internationally acclaimed cabaret and jazz club bordering Flatiron and Chelsea features top-of-the-line acoustics and live music performances every night of the week. The 115 seat venue provides an intimate setting to enjoy performances from a mixture of established and emerging artists. Visit metropolitanroom.com for the performance schedule.

Rockwood Music Hall: Known for showcasing local and undiscovered talent, with an emphasis on singer/songwriter acts, Rockwood Music Hall on the Lower East Side is a great place to enjoy a drink and hear original works by new artists. Admission is free and three stages accommodate the variety of engaging performances. Visit rockwoodmusichall.com for the venue’s full performance schedule.

Silvana: A hip Harlem café and bar, Silvana is a hidden gem in New York City’s music scene that has created a reputation for its live music lineup with a local and international flare in addition to its Middle Eastern eats such as shawarma and falafel. For more information, visit silvana-nyc.com.

Webster Hall: Known to many as the popular Lower East Side nightclub drawing thousands of party goers each weekend, Webster Hall is also host to album release shows and live music concerts on its three performance stages. More information can be found at websterhall.com.

Citi Field: Home to the New York Mets Baseball team, Citi Field ballpark occasionally features some of the world’s biggest stars. Fresh off her appearance at the Super Bowl 50 Halftime show, Beyoncé is scheduled to make her Citi Field debut with concerts on June 7 and 8. For more information, visit citifield.com.

Forest Hills Stadium: Built in 1923 as the home to the US Open Tennis Tournament, Forest Hills Stadium has been host to music greats as well as tennis champions. Barbra Streisand, The Beatles, The Rolling Stones and Simon & Garfunkel all performed on stage at the stadium during the 1960s and 70s. After the US Open was relocated to Flushing Meadows and a near 20-year hiatus as a music venue, Forest Hills Stadium re-opened in 2013 and has entertained audiences with big-time names such as D’Angelo, Ed Sheeran, Mumford & Sons, The Who and Zac Brown Band. The venue recently announced the lineup for its annual summer series, with Mumford & Sons kicking off the action on June 16 followed by Bob Dylan on July 8. For more information, visit foresthillsstadium.com.

Bayou Restaurant: Bayou is the perfect spot for visitors and locals to get their New Orleans fill. In addition to Cajun-style food, Bayou often features live performances by jazz, blues and rock musicians. Fat Tuesdays, Jazzy Wednesday and Sunday Jazz Brunch are among the restaurant’s premier music events. Visit bayounyc.com to learn more.

Music Hall at Snug Harbor: Part of the Snug Harbor Cultural Center & Botanical Garden, the Music Hall at Snug Harbor is the second oldest music hall in the five boroughs. The venue hosts events in theater and live music. Among the musicians who have performed here are British pop band The xx and nine-time Grammy Award winner Norah Jones. For more information, visit snug-harbor.org.

St. George Theatre: This majestic theater located steps from the ferry showcases national tours and music concerts. Notable upcoming performances at the theater will include the legendary Diana Ross on April 12 and Ringo Starr & His All Starr Band on June 15. The full performance schedule can be viewed at stgeorgetheatre.com.

For a calendar of upcoming concerts in New York City, click here.