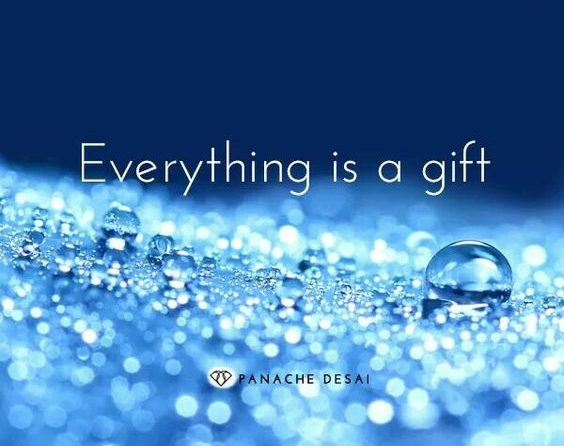 Difficult People Are Your Soulmates

We all know them, or have been them at one point or another, and they meet us in the places we least expect or want to see them. They are the difficult people with whom we can’t seem to meet eye-to-eye, whose words, behaviours or energy can drain us and push all of the right buttons for the wrong reasons.

They often leave you scratching your head wondering what just happened.

I still have my moments with people like this, but adding a little more awareness to experiences with them has me understanding that they really are soulmates. The idea of soulmates tends to bring romantic and passionate connotations with it, but I believe that they are those who help us to reach a higher place and greater potential because their purpose in our lives is to help us grow and evolve into our best versions. This is especially true of people who teach us without trying if we’re able to look for the lesson.

What if what irritates you the most about another are the qualities you most dislike and are worried exist in you/do exist in you, but that you push away from yourself by criticizing them in others.

It is the hardest thing to wrap your head around when it’s a trait you really don’t want to admit that you embodied that behavior once before in your life. It’s doubly challenging when you’re on the defense in some area of your life related to a certain person or trait.

I’ve learned that the more prickly I am about some aspect in others, the more I have to look at whether it’s really just that I’m projecting onto them, the trait that I really dislike about myself because as long as it doesn’t belong to me, I don’t have to “wake up” to it. It means I never have to feel guilty, blamed, not enough, shamed and any other number of beliefs we usually have lurking somewhere beneath the surface, guiding our lives.

How do we tell whether or not we’re projecting?

The clues are generally in our emotional charge about a given situation or person. Neutrality in the face of people who are difficult often indicates that you’re not caught up in that emotional charge and can see much clearer. You’ve unplugged from the part of you that needed at one time to react to whatever trait you’re seeing.

Don’t ask how they bother you but how you are most like them. It’s certainly not something you need to announce to the other person that you’re doing but being softer about their behavior allows you to more clearly see what’s actually happening, so you can do what’s required with the situation. It helps you stay in a place of greater clarity and in a better position to advocate for your needs and your boundaries.

When in practice, looking to others as your mirror and with compassion sounds a lot like giving them the benefit of the doubt:

“I’ve probably been like that at some point in my life.”

“I’ve been where they are now in that frustration and it never felt that great.”

“When I have a really bad day I know I’m not the most pleasant person to be around either.”

“It feels so much better to just give them the benefit of the doubt while sorting out what to do next.”

“Am I really going to let this ruin my day? Just because they’re having a bad day doesn’t mean I need to as well.”

“They’ve never been exposed to it so they’re going to be afraid of what it means and may feel threatened right now.”

“I’m already annoyed about something else and it probably didn’t help that situation.”

The idea is to unplug from the emotional charge so that you can focus on the next steps, whether that means walking away, putting up boundaries, expressing yourself clearly or getting back to your day. It gives you an easy way to access the peace you’re looking for instead of reacting to everything around you.

There are some limitations however, where in the face of abusive behavior or harmful actions this concept works differently, because if your personal safety is at risk, it’s important to recognize the behavior as unhealthy. Having been in those situations, I can say that it’s more important to get help for yourself than to identify with your abuser in every circumstance.

Practically speaking, it’s helped my activism and relationships, as I’ve found that getting past projections coming from a personally fired up place help me to focus on the real issues and get solutions faster. It means I’m less caught up in trying to prove something about my assumption of the other person based on the exchange we’re in the midst of and it allows me to stay grounded in the truth of both perspectives. It enables me to serve the higher purpose of what I’m trying to do, rather than serve the behavior of the person before me whose actions and opinion I disagree with so that if I’m hoping to educate others, I can connect with the part of them wanting to learn more. Most importantly, it keeps me centered in my own life and not reacting to everyone around me so that my life feels like a constant swirl of dramatic and draining interactions with others.

It can be tempting too, to say that we’re over it and stay steeped in the righteousness of taking the “high road” where for the sake of optics, we say we’re over it because the issue is “beneath us” but in the dark before bed we’re still cursing their name, going over the interaction before sleep which only binds us to an energy that keeps us stuck. It’s okay to spend time processing your emotions about it but remember that we too, have been the names that others have on their lips in frustration because we’ve been difficult.

Our issues with others tell us more about ourselves than they do about the person we have the issues with if we’re willing to listen. Soulmates help us evolve and grow into the best version of ourselves so we can live out the reason we’re here on this planet. It’s where love comes to life because if we give it enough space in ourselves, it helps to transform our negative experiences into something wonderful if we allow it and that frees up our energy for the truly wonderful to enter.