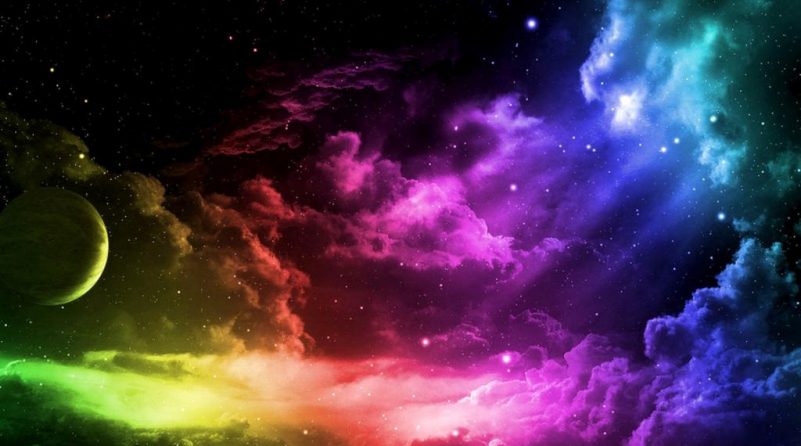 When you find yourself on the fringes of a traditional faith, your expression of spirituality can take on different forms. I struggled for a while, with reconciling my spiritual experiences with my lived experiences and the spiritual “food” that used to nourish me. I often walked away from a book, lecture or workshop feeling empty because the contents equipped me for a world where intersectional issues didn’t exist which meant that my intersectional experiences didn’t exist. This told me that I didn’t exist and couldn’t be real or that there was something wrong with me.

Much “new age” spirituality seems hesitant to recognize that not everyone’s experiences are the exact same and talk about why that’s important. I feel like these thoughts I’ve been wrestling with were touched on in this article which inspired the long-form post you’re reading right now.

When your spirituality recognizes that different identities create different experiences, it becomes inclusive, awakened to the real issues going on in the world around you, which truly has the potential to heal. How do you know your spirituality is for everyone? There are 4 important indicators.

People aren’t shamed for mental health struggles and led to believe that if they just try harder, they won’t struggle.
No one is less than because they can’t be what you have come to understand that “happy” and “grateful” means. It’s damaging to encourage folks to gaze inward after shaming them for mental health issues that have nothing to do with their capacity for a good life. Many folks would I’m sure, love for it to be as simple as thinking happier thoughts and having their experiences follow suit but experiences are far more complex, because identities are complex.

There was a time in my life where medication and therapy were the best answer to a depressive episode brought on by post-traumatic symptoms that teetered on disorder. No amount of meditation, visualization or changing my narrative would have changed what was happening in my body enough to make me well in that moment. Those positive thoughts, energy healing and affirmations helped, but avoiding what really helped because it didn’t seem spiritual enough could’ve actually cost me my life. I wasn’t reading about how sacred a thing it can be, to finally get a full night’s sleep and find relief from symptoms of PTSD and anxiety with the help of medication and therapy. I was reading though, about how I just needed to do more to free myself, because generally believing that we’re broken and that the systems around us aren’t, is how we keep spending money on programs and teachers.

People understand that “sisterhood” and “divine feminine” can be transphobic and exclude gender diverse folks and it’s addressed accordingly.
Many events are transphobic and discriminatory perhaps without realizing it, because they insist on using the gender binary to express part of their experience. What about those who aren’t particularly feminine? Where and how do they experience their spirituality? Do your events naturally include Trans and non-binary folks or do attendees and organizers make them prove their gender identity?

There are un-gendered dualities in nature, but European gender constructions are often superimposed on them so that it’s less about duality and more about how you’re performing your gender. If you’re not doing it femininely enough, then, for many of these teachings, you can’t participate in the insular “sisterhood” and community that much new age spirituality creates. “Feminine”, in many circles has also been equated with truth, but what happens when someone doesn’t experience truth that way? Does it mean that they or their experiences are less true? Not at all, but it’s certainly a message being delivered through that medium.

The real questions are, why do you feel that gender is the only means of teaching what you have to say? Can you teach compassion without relying on gender stereotypes? Are you genuinely interested in gender and spirituality or is it easier because your clients are willing to spend money on it? Can you teach patience and power dynamics without relying on old masculine, feminine binaries? What’s the teaching you’re really trying to get across? What other ways can you communicate your point that don’t leave an entire group of non-binary folks out of what valuable things you might have to say?

There’s no cultural appropriation in how you express your spirituality (eg: wearing bindis, “nama-slay”, “spiritual gangster”, “namaste in bed”, First Nation clothing and ceremony).
If you need to use another culture, to express your spirituality without ever partaking in the cultural traditions from which it comes and without considering the impact of your behavior of those who belong to the tradition, you’re appropriating, not appreciating. This replicates a structure that takes from those to whom those traditions belong while ignoring their right to object to how you’re using it, especially when they request that you stop.

Does your expression of spirituality need that headdress? Do you understand the significance and history of how that ohm or dream-catcher tattoo are offensive? Do you really know what Tibetan prayer flags mean, before you use them to decorate? Why do you need to wear a bindi during your meditation and yoga class? Are you aware of how claiming that you’re a shaman can hurt First Nations who build community around them and who, up until the 1980s in Canada, were unable to legally practice their tradition of shamanism? It’s important to ask yourself why you need objects from a tradition or culture you’re not a part of to fully express your spiritual experience when you don’t know the history or work to uphold the rights of those who participate in them.

If you’re using them without respecting what they mean outside of what you think of them, it might be worth rethinking how you use them. Is it because you want to participate in the tradition, or are you using that culture for a moment because it makes you seem more spiritual than others? More importantly does it give you more social currency and mobility that people from that tradition would otherwise be denied because they belong to the culture it comes from? If so, your spirituality could be upholding more negative structures and walls, than it’s tearing down.

You’re not made to feel like it’s your fault that you experience systemic barriers like poverty, racism, sexism, homophobia, transphobia, biphobia, classism, to name a few. You’re also made to feel welcome in spaces that are truly accessible.
Your spirituality has enough room for the experiences that aren’t anyone’s fault and it recognizes that though you may talk about positive thinking and the law of attraction, you understand that there are many for whom these concepts aren’t helpful.

Don’t get me wrong, positive thinking is helpful (I keep a gratitude journal, too) but is it always accessible when you’re working two jobs, trying to pay off debt from school and making sure that you as a single parent are taking care of your children well? No. We have to move past the experiences of privilege that all someone has to do is be more grateful or that the barriers they’re encountering are the result of some failing despite them trying everything. Arguably, our recognition of structures that create barriers creates a greater opportunity for full expression of spirituality because we can be our whole selves.

Our spiritual life could be measured by what’s included in it, but also by who is unable to participate in it. If entire groups of people cannot participate in what you believe or your expression of spirituality because of forces beyond their control is it as inclusive as you think? If your spirituality relies on denying the existence of very real, very hard and very big barriers, is it not then just another way that we’re invalidating and ignoring the experiences of others?

Sometimes it’s just not possible for someone to visualize their way out of sexism, systemic racism, homophobia/biphobia/transphobia or ableist structures because the nature of marginalization is that you can’t overcome it without disrupting the system that supports it.

In the words of Melissa Harris Perry, speaking about similar structures….

There are so many ways to express spirituality and it’s time we start asking ourselves whether we’re doing more harm than good with them.