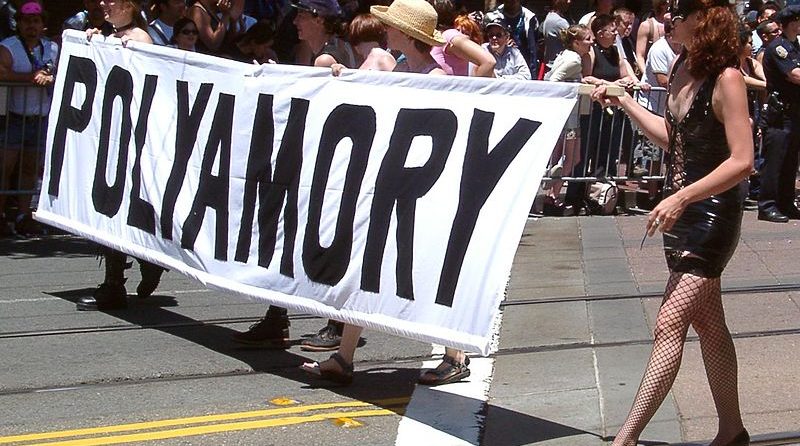 Reconsidering The Purpose of Monogamy

Disclaimer: Although I am monogamous, I’m an ally to consensual non-monogamous folks. I had to go through something of a journey to understand that about myself, and I’m bringing those experiences here. If there’s anything more profound that we can do “from the heart” other than to recognize and respect the way that others live and express their love, I have yet to find it.

I was at a backyard barbecue once, speaking with someone about the purpose of who benefited most from monogamy. (further proof that I also have no idea how to do small talk). We were talking about books I recently read, More Than Two by Franklin Veaux and The Ethical Slut by Dossie Easton and Janet Hardy, in which these and more complex questions were addressed. This wasn’t a debate as such, but I was more in awe of the fact that it was the first time I was having a discussion about it, rather than trying to defend the rights of others to practice it.

I came to realize that my own fears of being hurt left me unable to consider what healthy consensual non-monogamy might mean for others and my own relationships if I were to put it into practice. I realized that I hadn’t considered monogamy as being damaging and oppressive for some folks, and that I could be complicit in that system if I didn’t give it serious thought. It surprised me, because I tried taking an anti-oppressive approach everywhere else in my life.

I had a friend tell me over dinner one night, “Lots of folks don’t even realize that they’re not actually consenting to monogamy, because they haven’t thought about what it means or whether people are really saying yes to it. They just default to it and don’t consider anything else.”

His words had me researching more about how compulsory monogamy was used in the past as part of oppressive systems, suppressing the needs and rights of entire groups of people. It made me question whether or not I was truly monogamous. How could I know if I didn’t want consensual non-monogamy if I hadn’t once considered it? It was an area which, unlike other parts of my life, I hadn’t been intentional in asking: What do I want this to be used for, and what is its purpose in my life?

What did it mean for example, that centuries ago, “traditional” relationship styles that were betrothed for the purposes of family and financial gain, were rarely monogamous in practice? Who did that benefit the most and especially in our LGBTQ2+ community, how did that system work against those who weren’t straight, but had to live closeted in a straight world with monogamous expectations?

What monogamy amounted to was a set of societal expectations that were, in many ways, imposed on our community and others. Indigenous tribes like the Comanche people, practiced non-monogamy and because it was part of their identity, imposing compulsory monogamy was a means of assimilation that contributed to their cultural genocide.

There are also economic advantages to following the “status quo” in your relationship style. For example, there are retreats, experiences, therapies, resources and economic advantages given to monogamous couples that aren’t even given to single folks, let alone those with multiple partners. Monogamous couples inherit a sense of community that contributes to wellness, wholeness and the formula that allows a person to truly thrive, which poly-couples are no less entitled to experience, but who may not have the same access to outside of poly-specific groups.

People can sometimes use monogamy to act out their unhealed parts wrapped up in trust issues, sinking into the safety of letting ego take the wheel. There are others whose insecurities rob them of the self-esteem required to truly see all of our partner. Why do we want someone to be monogamous with us? Is it because we cherish them and see relationship as a sacred space that we want to experience with one person, or is it because we feel that they “belong” to us?

Do we choose monogamy as a way to free ourselves and our partners, or do we use it as a way to obligate our partners to meet our needs? Monogamy can be an unhealthy form of control, wherein we unfairly expect that our partners will never be attracted to another person again, and will exist in our world for the sole purpose of meeting our needs, which is often born from insecurity. It’s easy to forget that our attraction to partners in a long term relationship will exist on a spectrum, and that being attracted to others over time is normal. Simply feeling attraction and choosing what to do with it is less about our relationship style, and more  about the values that are important to us.

Monogamy can also be an excuse to not communicate about these issues as well, because we make the assumption that we are automatically on the same page, so we don’t create safe spaces to talk about what’s important to us about monogamy in relationships.

There are great things about monogamy for those who choose it, but it’s important to remember that there are a variety of reasons for choosing it and equal numbers of reasons for choosing consensual non-monogamy. It’s no less valid a choice than monogamous folks, and it may be a result of previous experiences with alternatives or the very real fact that they’re just “wired” differently.

It’s not just poly-folks who benefit from us asking questions about what our monogamy means and who it’s meant for, because if we haven’t considered how we use it, we can’t guarantee we’re not using it to hurt those we intend to love and cherish. Once we look at what monogamy means to us, or doesn’t, only then can we be truly be open to listening to the experiences of others and how they express themselves in relationships with true compassion.

Stay tuned for more posts in my From The Heart column, where I’ll be doing interviews and sharing more about the poly-community in greater depth throughout the coming weeks!