World Pride Madrid 2017 is the great world  LGBT Pride festival, the epicentre of which is in the Chueca neighbourhood, spreading to the main streets of  Madrid. It is a great festival divided into many stages around the city, offering open-air concerts and parties, art, culture, conferences and sport, whereby the central act is the World Demonstration of LGBT Pride.

It is the world’s largest event for the LGBT community and for all those who want to take to the streets to celebrate, show and recognise diversity. For this reason, Madrid goes all out with this celebration offering an extensive programme of cultural activities which flood the city’s main streets and squares: music, dance, performing arts, visual arts, literature, sports competitions, conferences, children’s activities…

The central event of World Pride Madrid 2017 is the Pride Parade, the great world demonstration of LGBT Pride, in which over 3 million people and associations from all over the world take to the main streets of the city in an act of celebration and recognition of diversity and equal rights. 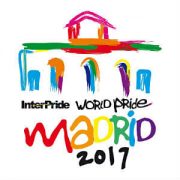 This is a extra special year for the LGBT community, as 2017 marks the 40th anniversary of the first LGBT Pride demonstration in Spain, which marked the beginning of the gay, lesbian, transgender and bisexual rights movement.

During the 80’s, the LGBT community settled down in the Chueca neighborhood, situated in the heart of the city. Over the years, Gays, Lesbians, Bisexuals and Transgenders made this neighborhood (one of the most depressed areas of the city), not only their place for leisure and work, but also their home, in full coexistence with other neighbours and visitors. Together they transformed Chueca into one of the areas with greatest freedom, tolerance and diversity in Madrid, setting standards for many other cities in the world. In the Chueca neighbourhood and parallel to the first gay rights demonstrations for LGBT rights, the Pride celebrations in Madrid were born in the mid 80’s.

In 1997 a few floats participated for the first time in the parade. This is a very important milestone, as it was a political and demanding demonstration with recreational, social and festive character, thanks to the participation of many individuals, groups, associations and entrepreneurs. 2005 was the year of equality for gays and lesbians. Spain was the third country in the world to recognize the right of homosexual partners to marry, and the first to put marriage rights for people of the same gender on the same footing as those of different gender. In 2007 the Europride celebration was another highlight.

The WorldPride demonstration in Madrid 2017 will be a global parade. At the head of the parade will be the Board and all InterPride members and attending delegates will have a reserved space. The manifesto will be read jointly by representatives of Madrid and InterPride Co-Presidents. Madrid Pride is one of the largest prides in the world with nearly 2,000,000 participants and a demonstration with about 1,000,000 attendees. The WorldPride celebration in Madrid will contribute decisively to one of InterPride’s main aims: to promote Lesbian, Gay, Bisexual and Transgender Pride on an international level.

WorldPride Madrid 2017 sports a full program of conferences, seminars, workshops as well as cultural and sports activities, and a “kids and family pride” that will act as a source of education. However, the greatest asset of Madrid Pride is having contributed to transforming society and its mentality with regard to the LGBT community. The legacy of WorldPride Madrid 2017 will be an open door to everyone showing a multicultural, diverse and tolerant society.

On Saturday July 1st 2017 will take place the largest World LGTB Pride Parade The Pride Parade will travel along Paseo del Prado, one of Madrid´s main streets. This is the climax of the WorldPride festival. It takes place in the centre of Madrid, starting at Atocha Station and ending in Plaza de Colón.

A specially designed location called “WorldPride Park” will be set to host vendors, LGBT and human rights worldwide associations. WorldPride Park gives them the opportunity to connect with a large and diverse crowd from around the world. A community space open to everyone. Madrid Rio (Puente del Rey) will host the WorldPride Park. Located in the very centre of Madrid, a mere 15 minutes short walk from Chueca neighborhood, very accessible by public transport.

COMMERCIAL & SHOPPING AREA
Food trucks: It is the place to relax, eat and drink and enjoy a wide range of foods from around the world.
Sports and games in the park: a full program of sports and games for the whole family.

MADRID SUMMIT
The WorldPride Madrid 2017 Organizing Committee, together with the University Autónoma of Madrid are pleased to present Madrid Summit, an international human rights conference that will be held on UAM campus in Cantoblanco on June 26, 27 and 28, 2017. Many sports competitions will fill Madrid with colour, diversity and tolerance. Badminton, basketball, swimming, tennis, volleyball are some of the disciplines that we will enjoy.  The 9th edition of the Pride Games will be held in Madrid, from 23 to 25 June 2017.