Hmmm. How do I explain white privilege to my ginger and very very white son in a way he can understand?

How about why is the “flesh colour” in a crayon box only indicative of one type of flesh? Why might someone in school or at work who is of a different race be asked to speak for all others of the same racial group? Why can parents of white children assume they can generally protect their kids from people that don’t like them, be more confident that teachers will tolerate them, and present curriculum at school representing their race? They do not have to educate their children about racism for their own protection. These are a few examples of the ways in which the daily face of white privilege persists from White Privilege: Unpacking the Invisible Knapsack by Peggy McIntosh.

I recently read an article written by a black woman who said every time she went to a restaurant she would try to change the way she spoke and acted in attempt to fit in and feel safe. I have never had to walk into a room and be intensely aware that I am not the same colour as everyone else and have to change something about myself as a coping method.

Actually, that’s not true. I am now recalling a vacation I took in the Dominican where my white friend and I walked into a local bar and we were the only white people there. That was a good experience for me to have. I did not know how people might respond to me. I felt like a trespasser and there was fear there. What is it like to live with that not just in particular places, but most places you go? I am not used to being stared down and followed in a store because clerks don’t trust you because of your race. Most times I can blend in even if I’m not aware I am doing it. 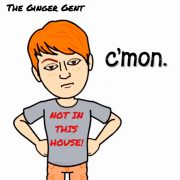 I immediately address sexism, homophobia and racism when it comes up at our house and I want white privilege to be just as important. As a queer family I think it is vital that we acknowledge other experiences of difference in order to be the best allies we can be.  As Roxane Gay says, “You don’t necessarily have to do anything once you acknowledge your privilege. You need to understand the extent of your privilege, the consequences of your privilege, and remain aware that people who are different from you might endure situations you can never know anything about.”

Here is a list of things you can do to help make white privilege an open conversation at your home, paraphrased from the list in an article by Janelle Hanchett on allParenting.

Race is not biological it is socially and politically defined so it cannot be used to as evidence of either superiority or inferiority.

Define white privilege properly, it is a system of benefits that some people receive because of the colour of their skin consciously or not, whether it is monetary, social, or in access to resources.

Dispel misunderstanding, all white people may not be racist but they all benefit from being the colour they are.

Talk history, slavery, immigration, collinization, economy, labour and how race can be used to manipulate agendas.

Talk systems, not individual people, as the major problems are policies, practices and procedures. Only one group has the power over entire systems to disempower another, this benefit is white privilege.