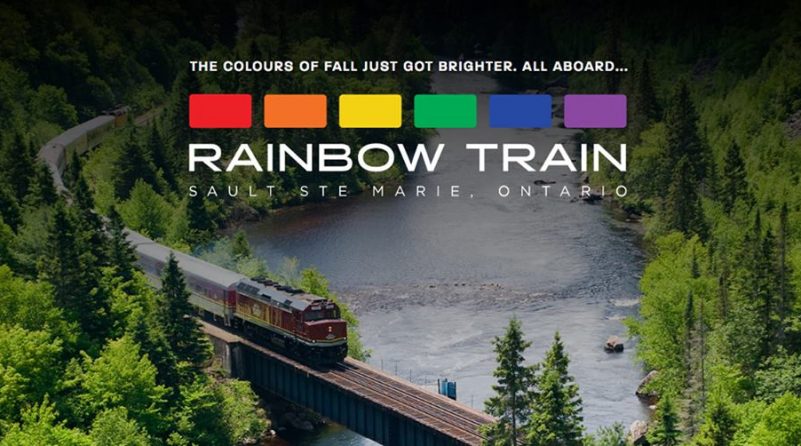 The inaugural Rainbow Train departed Station Inn in Sault Ste. Marie at 8am on Saturday Sept 9, 2017 with over 160 passengers from the LGBT community and their allies. Tickets were purchased from far and wide, from Toronto to Timmins, and many places in between. Also quite a few arrived from neighbouring United States, with easy access right across the Sault Ste, Marie International Bridge.

For anyone having second thoughts, the Rainbow Train is definitely an opportunity to experience the Agawa Canyon in fine style, that included some awesome onboard entertainment from live music to magicians, trivia, and plenty of giveaways. The day was emceed by several amazing hosts (Joan Rivers, Carol Channing, and Gina Lola-International-Bridge-ida), all courtesy of local drag sensation and female impersonator Tim Murphy, who’s also very well connected in the local theatre community. 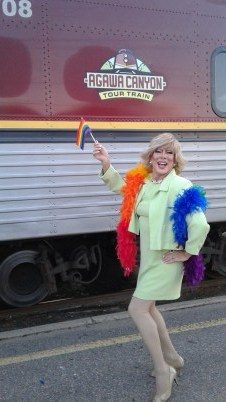 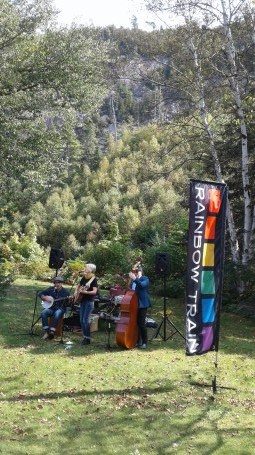 Joan Rivers was looking as charming as ever at 8am in the morning as the train pulled out of the Sault Ste Marie train station. Live music was provided outdoors upon arrival at the Agawa Canyon, courtesy of The Shannon Moan Trio (Frank Deresti, Jay Case, Shannon Moan). The trio continued their musical antics on the return ride home aboard the train as well, along with mind bending, interactive magic from renowned magician and illusionist Ryan McFarling. A welcome gift bag with a rainbow lei, and a packed lunch was also included in the ticket price, and consisted of a sandwich or wrap, snacks, bottled water, rainbow coloured cookies, and a piece of fruit.

The train itself travels from downtown Sault Ste Marie to the Canyon, where there’s opportunity to disembark and hike a few different trails to three waterfalls, or climb over 300 steps up to an amazing lookout vantage point. The nearly 10-hour round-trip is quite spectacular, butt also can be a bit tiring toward the end. The views along the way are spectacular however, especially in the fall as the leaves begin to change colours along this part of the Canadian Shield that greatly inspired the famed Group of Seven artists here in Canada. 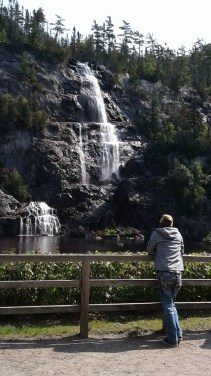 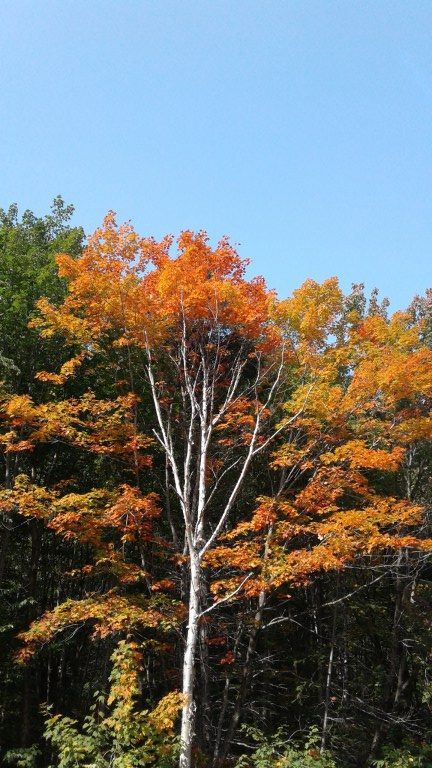 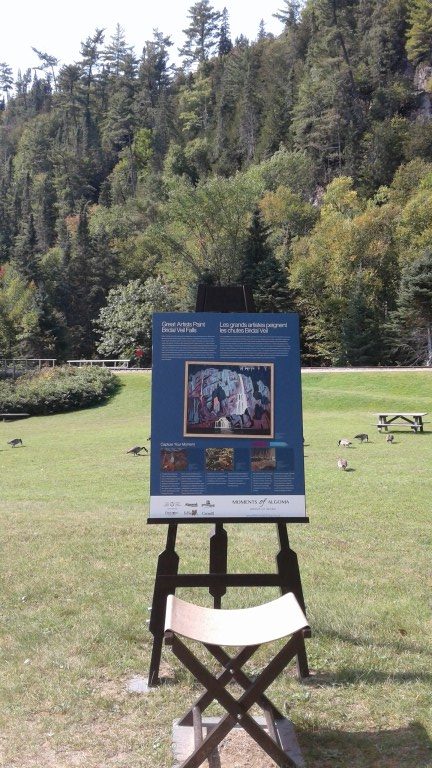 Local volunteer ambassadors were amazing, from the charming Gaelyn Coleman who owns Amore to power gal Susan Rajmaki who used to volunteer with Sault Pride, and was instrumental in getting Rainbow Camp started. Jeremy Nadon Stephen Frech and Keith Bowser were also awesome, keeping things running smoothly behind the scenes. There was talk that not many locals attended, and for many of those who did, it was either their first time ever on the train, or first time since their childhood. Perhaps that’s part of the reason, as out-of-towers are wooed by the experience, while the locals look at it as just another tourist attraction.

Another reason locals may not have been aboard was due to the fact that the Rainbow Train and Sault Pride organizers weren’t able to collaborate this year. With the city’s Pride festivities happening the week following the train departure (Sept 16 to 23), it seemed like a missed opportunity to have the two events linked.. Perhaps next year, the two organizations can work together to be part of one big proud celebration in the north. Two locals who did attend and had an amazing time, were Sally and Rose, who were decked out in rainbow chic.

Proud FM in Toronto ran a contest, which was won by Adrian Chalifoux who was flown to The Soo on Porter Airlines with his gal pal extraordinaire Ali Downer. The pair were also provided with overnight accommodations at the Water Tower Inn, a food and beverage gift card, Rainbow Train tickets, and transfers. The Water Tower Inn is also quite gay-friendly, sporting the rainbow flag out front of the hotel, and supporting many Sault Pride events in the past.

Rainbow Train was branded by Jeff Elgie and his partner Emily Hillstrom. Elgie ambitiously purchased 500 tickets, and ended up inviting many of his business contacts from Village Media, when ticket sales didn’t reach capacity. His company also operates the local news site Soo Today, along with many other online publications across the province. He’s branded the Rainbow Train name in hopes of expanding this project further, beyond the Agawa Canyon. 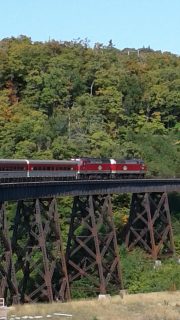 Agawa Canyon Tour Train continues operations until Oct 15,2017, although if you want to take the Rainbow Train you’re going to have to wait until next year, as I’m sure it will be returning bigger and better once word gets out.