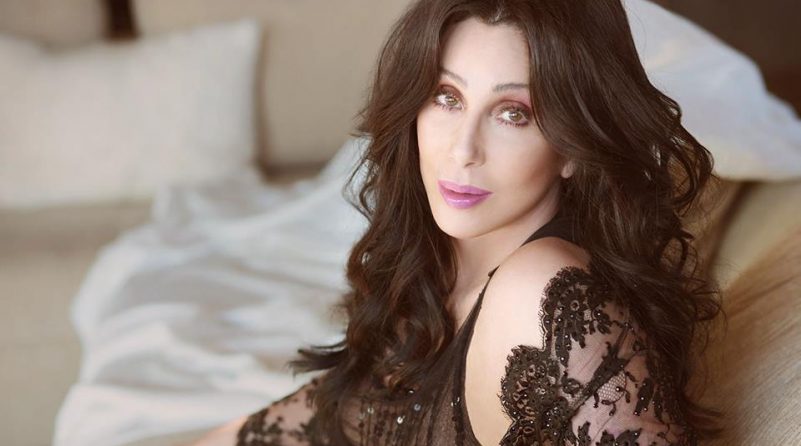 2018 marks the historic 40th anniversary of the Sydney Gay and Lesbian Mardi Gras. To celebrate this milestone, the Festival program is bigger, better and more fabulous than ever as it reflects on four decades of amazing evolution, momentous achievements, and extraordinary individuals. This also marks the first year the Festival takes place since the historic same-sex marriage ruling was approved late last year.

The Festival kicks off on Friday February, 16 2018 with 17 sparkling days, jam-packed with parties, performance, exhibitions, family and community events, and of course the iconic Sydney Gay and Lesbian Mardi Gras Parade on Saturday 3 March 2018. Of course the big news  this year is the announcement that Cher is the headliner of the Official 2018 Mardi Gras Party on Saturday March 3, 2018. Kylie Minogue, George Michael and Cyndi Lauper have headlined the event in the past.

In this special anniversary year, the 2018 Festival focuses on the theme ‘40 YEARS OF EVOLUTION’. 40 years on from the original 1978 street Festival turned protest, the program and parade have been carefully curated
to reflect and celebrate four decades of love, protest, diversity, acceptance, activism, pride, family, passion, creativity, drama and satire.

Presented in association with the National Art School, the Museum of Love & Protest is the signature event for the 40th anniversary celebrations. This immersive exhibition brings together original costumes, photographs, rarely seen film and video footage, iconic posters, storytelling, music and artefacts. The Museum’s theatrical design combines visual spectacle and moments of intimacy for visitors to discover the extraordinary stories, artists, communities and images of the Sydney Gay and Lesbian Mardi Gras. The Museum is open Friday 16 February – Sunday 4 March.

Wear your best black-tie or outrageous outfit and get ready for a variety gala that is part concert, part chat show but ALL fun! Together with a 14-piece orchestra, the Mardi Gras season will kick off right with a night of laughs, music and fabulosity, celebrating the vibrant forty years of Mardi Gras. After his sell-out concert last year with Diamonds Are For Trevor, Trevor Ashley will be joined by the incredible showman Todd McKenney, uber-diva Paul Capsis, pop-queen and jungle-queen Casey Donovan, the crown prince of comedy Joel Creasey and the legend herself, Carlotta. Trevor Ashley’s Mardi Gala will wow audiences at the Concert Hall, Sydney Opera House on Saturday February 17.

Festival favourite Fair Day returns on Sunday February 18, returning to the rolling lawns of Victoria Park. From amazing performances on the ANZ Main Stage, community stalls, yummy food, Sports Village and the world famous Doggywood competition, Fair Day is a free event and the perfect carnival of
rainbow festivities for the whole family. Fair Day is proudly presented in partnership with ANZ.

The Seymour Centre becomes a Festival hub featuring a new look performance program of theatre, cabaret, play readings and live music. Highlights include a new production of the contemporary Australian classic
Strangers in Between by Tommy Murphy starring Simon Burke, the return to Australia of Sydney drag legend Mitzie Macintosh in her first ever one-woman show and Playlist a day of play readings by LGBTQI writers.

Koori Gras, produced by Moogahlin Performing Arts, is back after a fabulous first outing in 2017. Embracing international perspectives on First Peoples queer performance and communities, this year see Koori Gras moves to the Mardi Gras hub at Carriageworks from Monday 19 – Saturday 24 February featuring community forums, workshops, panels and cabaret. Not to be missed is Black Nulla Cabaret on Saturday February 23, a night of queer First Peoples performances by leading local, national and international drag
artists, DJs and special guests.

On Saturday 24 and Sunday 25 of February leading thinkers and thought provocateurs will converge on Carriageworks for two days of illuminating ideas, discussion and debate. With a focus on social justice, Queer Thinking in 2018 will look back over the 40 years of Mardi Gras, from its early revolutionary beginnings through to its evolution to becoming one of the leading LGBTQI celebrations. 78er Julie McCrossin will be in discussion about far we’ve come and what fights are still left to fight.

Trans Stories 40 Years, co-presented with Trans Sydney Pride, is a special Queer Thinking evening event on Saturday February 24  bringing together a diverse range of trans people to share their stories of survival, resilience and finding happiness in their authentic selves.

On Saturday 24 February Luna Park will go rainbow for this fun and fabulous party for kids and their LGBTQI families and friends. All the fun of the fair – featuring unlimited rides, the wildest kids’ dance party in the Crystal Palace and surprise performances by Sydney’s favourite drag queens. This will be a special fun-filled treat for kids of all ages and an awesome action-packed day for the whole family. Luna Park Family Day is presented in partnership with Medibank, and supported by IVFAustralia.

For one night only, clubbers will be transported to a Vogue dance floor born from the living history of New York’s underground Ballroom scene. Expressions of identity become the focal point as bodies collide in the
ultimate throw down of style, precision, and attitude, in a showcase set to transfix. In true Vogue style, extravagance on the runway will be matched with a soundtrack that weaves through disco, house, bounce, pop, performance and much more. Curated by local interdisciplinary artist and club icon Bhenji Ra, Sydney

Set among gently swaying palm trees and uniting a cast of outrageous friends and beautiful strangers, Mardi Gras’ Pool Party transforms the Ivy Pool Club into a sexy and intimate playground, where you can frolic in style as handsome lifeguards survey the stunning scene. Delicious cocktails, cabana lounges, cool local DJs and Speedos galore, Pool Party, held on Monday 26 February, is the perfect way to make a splash this Mardi Gras season.

With 40 incredible years of passion, pride and protest, Sydney Gay and Lesbian Mardi Gras Parade has grown into a bustling extravaganza that brings Sydney to a standstill, and shines a light on the issues affecting LGBTQI people around the world. The 40th anniversary Parade on Saturday 3 March looks set to be the biggest and most exciting yet, with a sparkling procession of over 200 groups and jaw-dropping floats showcasing the best the community has to offer. Dykes on Bikes, outrageous drag queens, community heroes and talented queer performers will join many more LGBTQI groups and allies to create stunning showpieces.

Post parade, it’s the official Mardi Gras Party. Dance until dawn with 12,000 of your newest and closest friends across five extravagant dance spaces. Expect big surprises, local and international DJs and guest entertainers, plus mind-boggling lighting and extraordinary theatrics… both on and off stage!

Laneway returns to its ancestral glory as the Beresford Hotel joins forces with The Flinders Hotel for the ultimate recovery party on Sunday 4 March. Taking over both venues and the laneway in between, Laneway features the hottest DJs, surprise performances and an eclectic mix of spaces catered to all. Super starlet Samantha Jade is already confirmed to perform so finish off your Mardi Gras celebrations in style at Laneway!

From romance to comedies, documentaries to dramas and everything in between, Queer Screen delivers a huge 25th Mardi Gras Film Festival.
Check out some more incredible events in the 2018 Mardi Gras Festival: