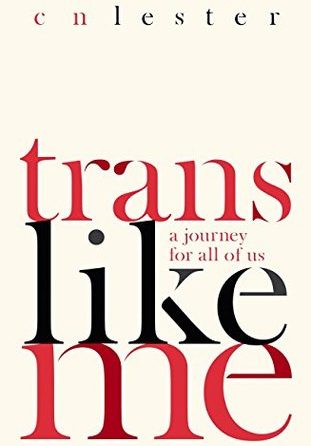 The publishing industry is at best challenging for LGBTQ2+ people to navigate, given the demand for stories that a heteronormative and cisnormative industry deems best suited for readers based on demand, regardless of the narratives missing and needed by the community.

There’s a certain expectation that people bring to stories about members of the Queer community, specifically Trans and gender diverse folks. Most of the interest comes from the implied currency exchange for access to stories of bodily changes and transition, or the deconstruction of the diverse gender identites we worked so hard to build for ourselves. This is at times coupled with the need some cisgender folks have, to make us justify our gender identity and expression. There are more than a few of these stories available, but the seemingly insatiable desire to use Trans narratives as an entry point into details about transitioning, anatomical parts and answering inappropriate questions feels unending.

It isn’t so much what it is, but what is isn’t, that makes Trans Like Me such a powerful read. Indeed, by the title alone, “Conversations For All Of Us,” may seem as though it graces the stage for the benefit of cisgender readers, mostly. While reading it though, I felt seen, where a writer’s vocabulary provides an antidote to the gaze that demands an explanation for why you aren’t the kind of Trans person they’re used and need you to be, so they don’t have to do as much work to truly understand what gender identity means. The book remedies the ache that I felt while spending a lifetime so far, trying to figure out how to make cis- work for me, when it was never meant to. I read it and remembered that non-binary is a “thing” and I’m just as valid doing that in my own way, than seeking validation through the perfection of how others expect me to perform my identity.

This is CN Lester’s power in a book that may not be the longest book you’ve ever read on the topic, but one that is potent enough to ensure that its contents make the most of every single page. Each chapter focuses on an aspect of what Trans people experience and even where its contents are a familiar song, the author manages to find new ways to sing it.

It was also refreshing to read a Trans perspective about the popularity of firsts in the community, of which the author wrote, “It’s not about not caring about our milestones, but it is caring about the way in which the need for these firsts overrides the accurate recording of our history.”

Trans Like Me also speaks to the many ways the LGB communities, whether intentional or not, forget that there is a “T”, addressing the impact of this erasure and ignorance. We’ve all seen it in some form or another, where LGB people will be represented and called “LGBTQ+” and heteronormative tables congratulate themselves on their inclusion, assuming that they just know what the experience would be like for someone who is Trans. The author reminds readers that they don’t and this absence from conversations in the community to which Trans people belong hurts on a personal level, and it hurts the movement towards LGBTQ2+ equity, too.

Lester’s personal experiences punctuate the book with the precision of a writer who understands the power of a well-delivered memory or anecdote keeping the beat to the rhythm their words are creating. More than informative and comforting, it was well written. The book’s content isn’t all-encompassing but this is also its beauty. It talks about the author, CN Lester’s life experiences in a context removed from what society has often used to measure the value of Queer and Trans stories in publishing.

It was also satisfying to read about Magnus Hirschfeld’s Institut für Sexualwissenschaft whose books, research and evidence were destroyed in Nazi Germany, erasing the beginnings of LGBTQ2+ acceptance and rights. These accurately recounted pieces of history are often missing from the cisnormative narratives that many publishing companies look for because of their popularity and yet they remain the very things the community needs to better understand itself. By virtue of this chapter and many other parts of the book, it was refreshing to know that as a non-binary person, the “conversations for all of us” portion of the title was heavily weighted primarily towards the Trans and gender diverse community.

If you’re looking for a book to learn the details and common narrative of cisgender exploration into the Trans survival story, you will need to look elsewhere. If however, you’re seeking a book that flows like catching up with a friend over tea, seamlessly moving from the personal to the big picture, this is indeed, a conversation for you. Also, if you’re beginning to understand what the specifics of “certainly not cisgender but I’m not sure what this means for me,” this is necessary reading to get an understanding of the nuances of the community the awareness of your gender identity locates you within.

The world loves to elevate the voices of Trans people who look and sound like the Trans subject the media has acclimated them to, but as with other remedies to this problem, Trans Like Me provides an additional narrative to this way of thinking.

This powerful recognition of the multidimensionality of Trans expeirences can be best summed up by CN Lester’s words, “We talk of an LGBT umbrella, but not of those LGBT people who cannot seek shelter beneath it because we have narrowed our protections down to the point that only the few are covered. We have been taught to weigh up lives and accord them value, and we turn that tactic on each other. When we feel anger, we direct it toward the most vulnerable members of our communities for their failure to be ‘respectable’ enough to toe the party line, to make themselves acceptable to those who hate us.”

Trans Like Me exceeded any expectation I had for such a small volume, but it proves over and over again that its words are indeed part of a conversation for all of us.

Trans Like Me by CN Lester will be released on June 19th, 2018 but is currently available for pre-order.