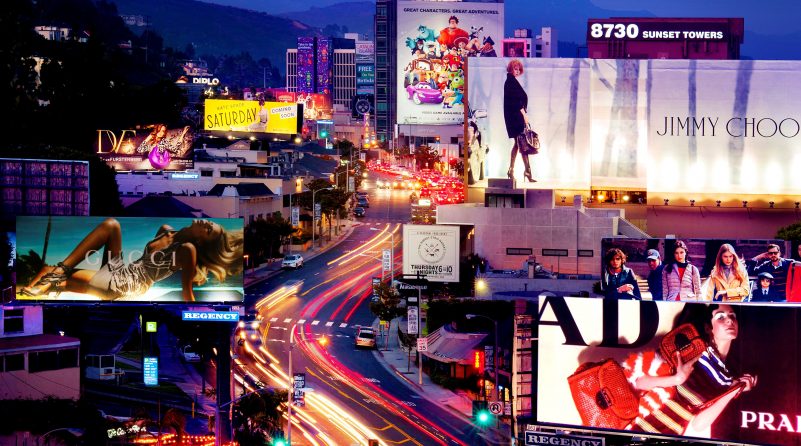 In the state of California cool, West Hollywood is the coolest kid on the block and the beating pulse of Los Angeles. Here’s the latest on what’s hip and happening in Hollywood!

Hotels
Over the course of 2018, The Jeremy West Hollywood will transform into the 1 West Hollywood and become the fourth property in the award-winning eco-conscious luxury sustainable brand created by Starwood Capital.

In Summer 2018, Le Montrose Suite Hotel will reveal its rebrand to Montrose West Hollywood alongside a renovation that celebrates Hollywood;s past and present music industry while incorporating eclectic furniture, lighting and art pieces. The Chamberlain West Hollywood’s redesign and signature restaurant also comes online in Summer 2018, re-imagined as a stylish retreat for A-list insiders reflective of old Hollywood glamour while appealing to the up-and-coming starlet.

Bars
Brought to you by the team behind West Hollywood’s Surly Goat, Lazer Kat bar (8264 W Sunset Blvd) is encouraging patrons to bring out big hair and 80s fashion staples to their two-story lounge. There’s an LED dance floor, a logo featuring a cat with lasers shooting out of its eyes and a portrait of Mr. T hanging prominently on one of the walls. The bar has a selection of boozy slushies along with PBR on tap, cans of Hamm’s and throwback cocktail.

What’s the most sought-after address for expressive culinary destinations? WeHo, of course. Employees Only (7953 Santa Monica Blvd)), whose NYC branch was voted one of the world’s best bars, has opened in West Hollywood. It’s a take off on the kind of place waiters, bartenders and cooks hang after closing time. They’ll bring on the heat with a wood-fired oven, but the real story is cocktails as main course.

Bathtub Gin (7174 Melrose Ave, opening late 2018), a rowdy 1920’s-era New York City speakeasy, plans to make its way to West Hollywood. The back room bar will be hidden from sight (just as it is in Manhattan) by an unassuming coffee shop an called Stone Street Coffee Company, which plans to operate as usual during the day.

Restaurants
The popular chef Casey Lane from the Tasting Kitchen on Abbot Kinney in Venice brought his skills to La Peer hotel to open Viale dei Romani (267 N. La Peer Dr, opening January 2018) A straightforward trattoria, the restaurants offers pasta, seafood, produce, and a wood-fire oven for handcrafted pizza. Tucked away off the lobby entrance, this standalone restaurant is sure to be a locals hangout with its inviting interiors and full mixology program.

Suffer from 90s nostalgia no more. Saved By The Max (7100 Santa Monica Blvd), a themed pop-up that recreates the hit show Saved by the Bell. The menu and decor, and perhaps drop-ins from former cast members will create a happy time warp.

Bottega Louie (8936 Santa Monica Blvd), rules the world of macarons, a meringue and almond-based confection, with vibrant rainbow assortments. You may now dream freely about the patisserie’s meringues, truffles and marshmallows.

Two West Hollywood restaurant guys behind local favorites The Pikey and Jones Hollywood got ex-New York chef Robert Flaherty on board to open Barbette (7511 Santa Monica Blvd). Flaherty is turning his attention to a casual French-leaning menu with a lot of vegetables.

Shopping
Streetwear brand Kith (8500 Sunset Blvd) has made its way to Sunset Boulevard, opening a cool concrete, marble and glass 3,500 square foot store (nearby other hip neighbor Fred Segal, 8500 Sunset Blvd). The 6 year-old brand sells its own collections as well as those of labels such as Kenzo, Off-White and Yeezy. To commemorate the opening, Kith will bow a LeBron James collaboration of shoes, hooded sweatshirts and shorts. Oh, and don’t miss Kith Treats located inside the store: the cereal bar boasts a menu full of signature specials that can be turned into an ice cream swirl, milkshake, or a bowl.

The Stockholm-based Acne Studios (8920 Melrose Ave), with styling outposts in San Francisco, New York and the world’s best cities, moves to West Hollywood later in the year. Undoubtedly the interior showcase for their ready-to-wear high-end apparel and accessories will be as dramatic as their aesthetic treatment of fibre.

Super exclusive Japanese streetwear, born in Tokyo in the 1990s, A Bathing Ape (8810 Melrose Ave) has made its way to West Hollywood. The emporium traffics in iconic casual camo, from t-shirts and hoodies to Adidas-partnered shoes to eyeglasses and wristwatches. BAPE created a special regional line with palm trees to celebrate the L.A. opening.

For those in the design trade, head to the city’s Design District, with”the highest concentration of design businesses on the West Coast”, to see the 4,000 square foot Knoll (314 N Robertson Blvd) showroom geared for residential customers, offering mid-century furnishings by favourites Eero Saarinen alongside of-the-moment pieces by David Adjaye. For those in the industry, head to the 10,000 square-foot retail space that is the Kohler Experience Center, where their Experience Room lets you try out soaking tub, smart toilets, a real rain shower and more.

Health
With a celebrity clientele summoning her to the West Coast every awards season for half a decade, New York-based facialist Joanna Vargas decided to plant some permanent roots in West Hollywood. The newly opened Spa by Joanna Vargas at Sunset Tower hotel (8353 Sunset Blvd) features high-tech tools and treatments like LED light therapy, cellulite-targeting radio frequency and cryotherapy, made to leave all clients red-carpet ready.

Unplug, take a breath, and feel good. That’s the motto of Unplug Meditation (8500 Melrose Ave, Suite 201), the world’s first drop-in, secular meditation studio. After success of their first location, these meditation gurus are bringing their practice to West Hollywood for their second location.

With a cult-following (including the likes of Kendall Jenner, David Beckham and Selena Gomez), NY-based boxing concept Rumble (8500 Sunset Blvd, opening Spring 2018) is shaking things up with their upcoming West Hollywood location opening on the Sunset Strip.