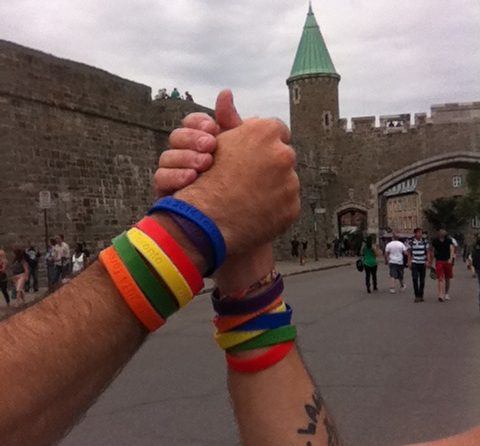 It was a beautiful hot summer day as I landed at Aéroport Jean Lesage in Québec City. It had been years since I had visited Québec City so I was very excited. I was excited to be on holidays and in a beautiful city like Québec, and I was super gay-excited to be there during their annual Fête Arc-en-Ciel – which is basically “Québec City Pride”.

La Fête Arc-en-Ciel has been around for a few years and is a delicious grassroots community event that is a much smaller version of Montreal Pride and Toronto Pride, with parties, entertainment, drag queens, a VIP lounge and a plethora of rainbows! Taking place over Labour Day weekend, it’s a great way to get away from the hustle and bustle of a big city, and escape to one of Canada’s oldest and quaintest cities. 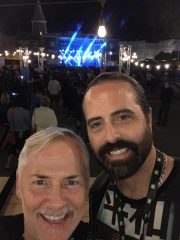 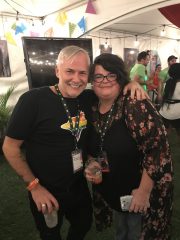 I travelled with my partner, as I have done many times to Québec, so we were on familiar turf. After checking into the official hotel, the Delta Hotels by Marriott, I registered with the organizers in the main hub where I received a warm welcome and a kiss on each cheek from Executive Director, Julie Dubois. The main square at Place d’Youville, along with the iconic fortification wall in the background, was the site of all major events for the public. I went every day and was entertained by many DJs, Drag Queens, burlesque performers, and a few live performances that filled the Square with tourists and residents that were representing all parts of the rainbow and all the allies. The atmosphere was festive, and most importantly, accepting to our diverse community. We met many new friends as we sipped on our cocktails and danced in the VIP area and in the Square. It was fabulous!

But, it wasn’t just about parties. Luckily I speak French fluently so I was able to attend a couple of seminars where we met and heard from prominent LGBTQ+ members of the Québec City community as they discussed various issues. I was also very proud to march down la Rue St. Jean on Sunday morning in solidarity with 300 of my sisters, brothers and non-binary siblings. Despite the rain, we chanted, drummed and smiled. It was beautiful!

As for the city of Québec, all the local bars and restaurants were on board. Le Drague Cabaret Club, known for excellent drag performances and a great dance floor in the basement, was very busy with special events throughout the weekend. During Pride, they closed off the street out front where they held special events every day – including an outdoor foam party that was quite popular and bubbly. Le bar St-Matthew’s was also in full action as the bears came out in full force. It was leather, denim and hairy chests everywhere you looked… WOOF!

I was fortunate to spend a little time with Julie before I departed and she was thrilled with the festival. She rejoiced that it was well attended, and most importantly it was attended by an incredible wide array of diversity. She was ecstatic with the residents and tourists of Québec that joined the party.

Overall, we had a fabulous time. We partied. We made some new friends. We ate some amazing food. We visited a few sites. We even found some time to shop. We celebrated our LGBTQ+ community in Québec City.

I just might have to make this a yearly event. Totally worth it! 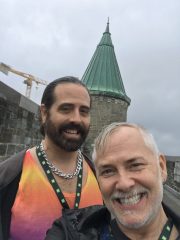