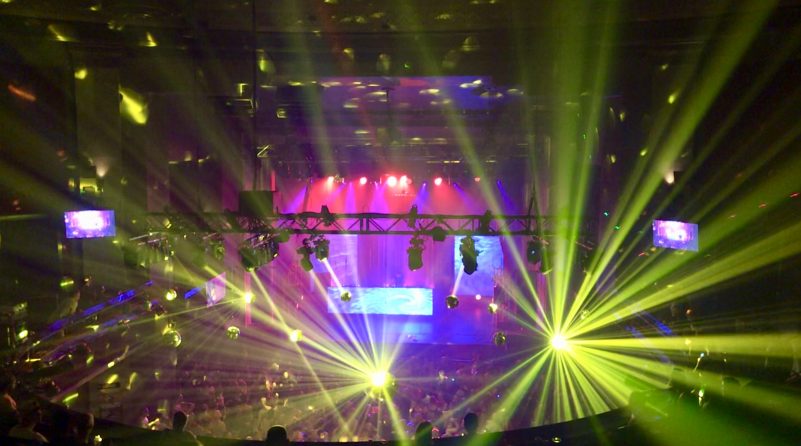 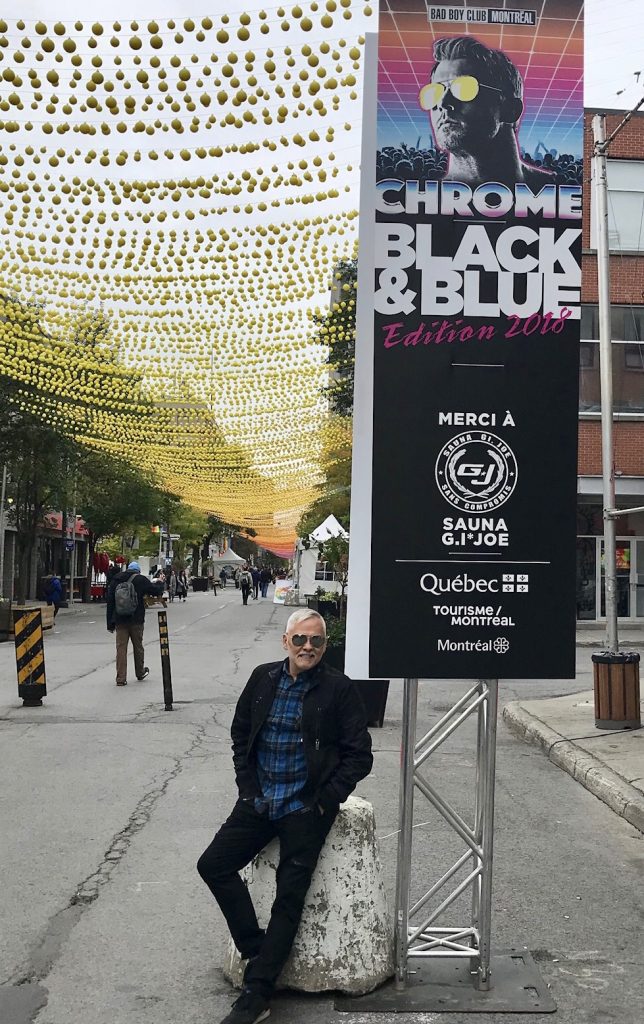 October marks Thanksgiving, a traditional holiday in Canada when families get together and give thanks. It is a time to celebrate, to eat, to listen to music and to dance. Since 1991, Montreal has been the host of a different kind of tradition on Thanksgiving weekend, when our LGBTQ+ family also gets together to celebrate, listen to music and to dance. It’s called the Black & Blue and more than 80,000 party goers have attended over the past years. What started as a party for a bunch of friends is now a week-long festival with several events. The Bad Boys Club Montreal (BBCM) Foundation has contributed to the cause of helping organizations by providing direct assistance to people living with HIV / AIDS in Montreal. BBCM is now an institution in Montreal and if you’ve never been to the Black & Blue, you’re missing an amazing circuit party with great music, great shows, amazing lights,…. and oh…. the beautiful men and women dancing their asses off on the dance-floor. SO MUCH FUN!!!

This year, I made the trip to Montreal to relive the Black & Blue experience. I remember my first Black & Blue…. it was 1993 – I recall climbing the long escalator in the main party room …. the closer I got to the dance-floor, the more bass and boom boom boom I felt. It was incredible. Then, I entered a room filled with thousands of the coolest people in the world. I’ll never forget that moment… I was hooked. I went for several years and I’ve had some of the best times so I was thrilled to be able to report on the 28th Black & Blue. I saw this as a great opportunity to hang with my partner of 22 years, Stephan, as we relived some memories. We certainly don’t party like we used to: the little baggie in my pocket contained ear plugs and my shoes were orthotic. So – ya – I’m a little more practical than I used to be. LOL. However – we can appreciate and enjoy a good party like the Black & Blue.

Let’s talk about the weekend. There were actually multiple events throughout the week. I specifically had my sights on the following:

Unfortunately, we arrived late on Friday Oct. 5 so we were unable to attend Bal en Cuir. I heard it was a smaller venue but the music was good and the event was busy…. Sorry I missed it… it’s always a pleasure to see a sea of leather and fur (woof!!). District was fun…. the space was a converted warehouse -essentially, a big room with lights and effects. Alain Jackinsky was great and the atmosphere was pretty hot. It was definitely not the highlight of the weekend but a great warm up for the main event. It was just what we needed to get into the mood and into the zone. Next stop….Black & Blue!!! 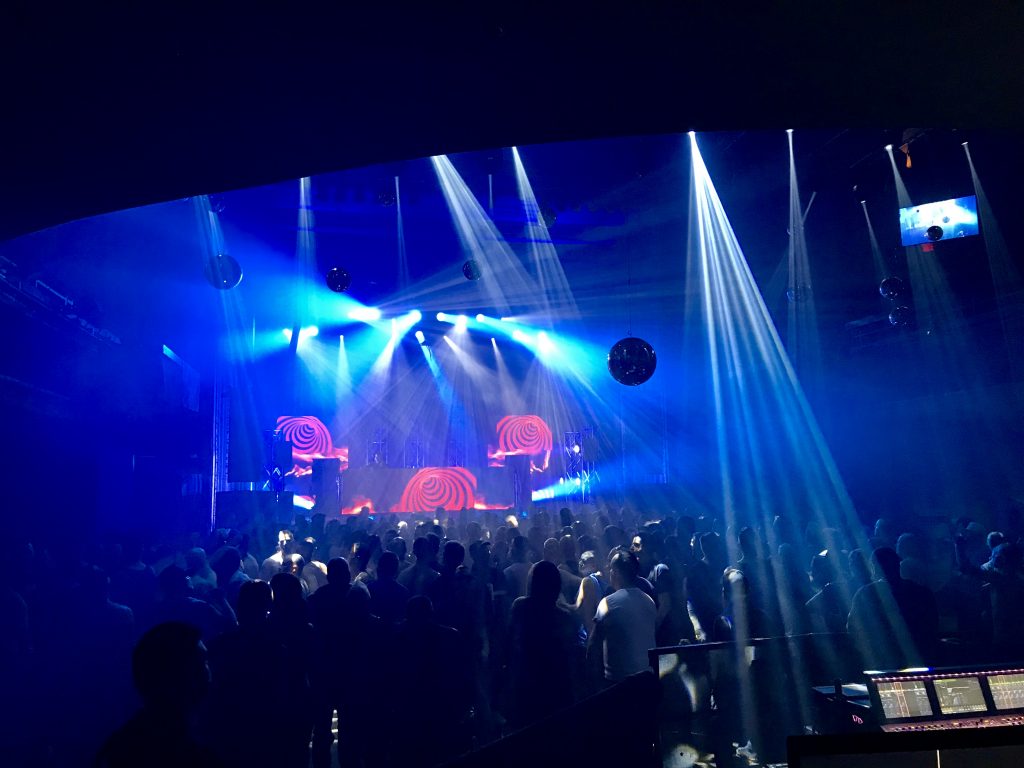 This year, organizers tried something new: they split the event into two parts. Partie 1 was held at M Telus (aka Club Metropolis) and started early at 5pm, but ended at 3am and Partie 2 was right around the corner at Club Soda and ran from 2am until 10am. This split offered attendees a variety of experiences to suit their tastes. M Telus is a beautiful theatre venue that is no stranger to the gay scene as it has been host to classic parties such as Wild n Wet and the Military Ball. Club Soda is a slick music venue that has been used for many parties and concerts. Just a few blocks west of the village, the locations were easy access. 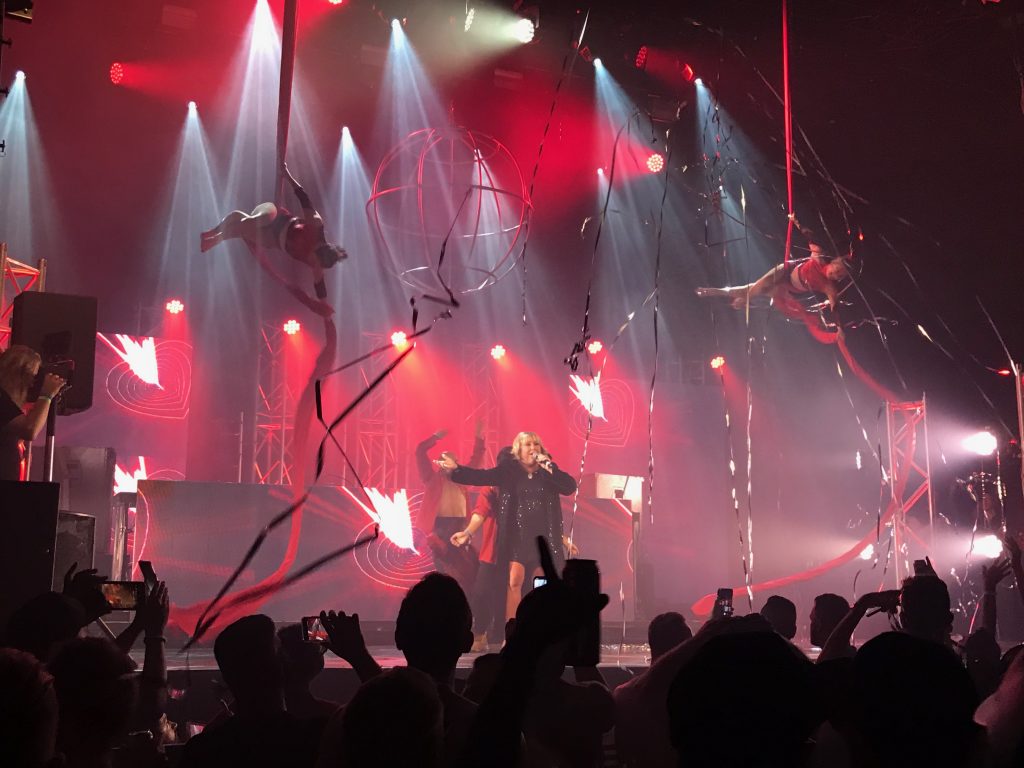 The splashy Partie 1 at M Telus was host to a spectacular light show and a medley of entertainment from acrobatics to dancers to singers and even a tribute to Aretha Franklin. The venue was filled with boys and girls, young and old, wearing anything and everything that was black and blue. I saw leather, I saw plastic, I saw makeup, I saw feathers and I saw a lot of skin! I think everyone was into the theme, which made it quite festive, and there was always something or someone new to see wherever you walked. The dance floor was busy the whole time I was there. We only got there at around 10pm because we had to have a serious disco nap after the previous night at District and dancing for about 5 hours… not to mention Partie 2 was still to come. I can’t keep up like I used to, but I sure try! This is where I thank the creators of energy drinks! Not a big fan usually, but they allowed us to keep going all night (and morning) and to dance our butts off. For me, the highlights were the DJs, the lights, and the energy drinks – nah… just kidding….the venue, of course.  It was amazing to see Ultra Naté spinning and then sing her anthem “Free” which, honestly, made the night for me. I associate so many great memories to that song so it was great to see her perform it again after so many years. And…. what can I say about Roger Sanchez? – he is, and will always be, an epic DJ that satisfies all your dancing needs. And I just loved the lights – although I personally would have loved to see a laser (but I always want a laser – I’d put one in my kitchen if I could!). Overall, the event was nice and fluffy – dancy music, fun lights, nice entertainment and a pleasant ambience. 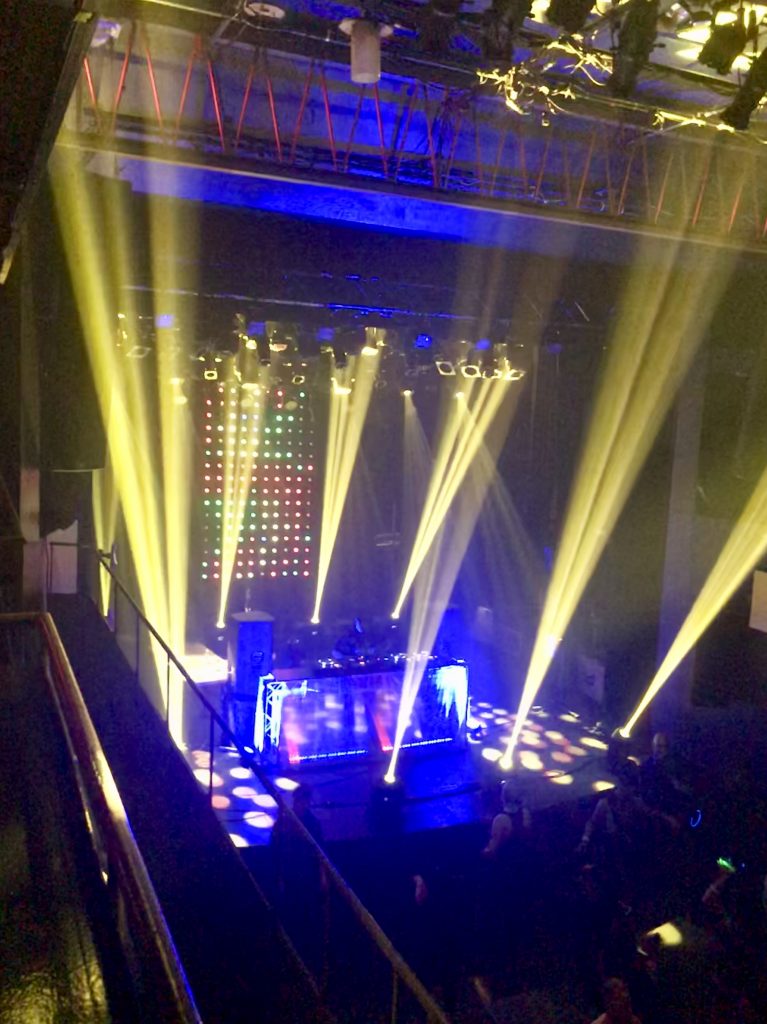 Then we made our way to Partie 2 at Club Soda. There was a definite change in the atmosphere…. Suddenly it was a hard core after-hours club: security was super tight, the lights were low, the music was darker, and the ambience was a little raunchier. This is where I would disappear into the music and become one with the speakers – well…. that was a few years ago and it took more than a few energy drinks to get there. I noticed a few familiar faces (and other body parts) from Partie 1, but I got the impression that most partiers were just getting going…. And going they got! Hot boys and girls all over the place dancing and grooving as bright white and yellow spotlights ripped through the dark room. DJ Abel Aguilera got the crowd pumped up in no time. The atmosphere was jacked up and Partie 2 was well under way as more hot sexy boys filled the dance-floor. It was a sweet reminder of how awesome after-hour clubs and club music are.

Regrettably – we didn’t make it to 10am…. Are you kidding???!! It would have been nice, but I don’t do all-nighters anymore. I was happy and satisfied as we walked home and stopped at a 24-hr fast food chain and stuffed our faces….. hmmmm…. POUTINE!!!

I’m really glad I was able to return to the Black & Blue after years of being away. I thought I might be disappointed as I held on to memories of 18,000 of the coolest people in huge spaces (with lasers!) where we lost it on the dance floor to the best music, but I honestly was not. It was so much fun. There is literally something for everyone here and I applaud the organizers at BBCM for catering to a diverse crowd. And it was great to spend a few days in Montreal to catch up with friends and family, eat out and have a few drinks. Ste Catherine was still closed to traffic and home to the brand new Carnaval des Couleurs, which offered residents and visitors an opportunity to meet and discover the talents, cultures and flavours that make up the city’s great mosaic. In fact, for 5 minutes, I ran away and joined the circus! It was awesome! Robert Vézina, BBCM President and founder, took a moment to tell me “We are very happy to have added the new Carnival of Colours during the Black & Blue weekend for the 2018 edition. It’s a new street fest in the gay village, open to all for free, that complements the Black & Blue beautifully, with live music, dance performances, circus acts and other activities.  With this new street fest, the Black & Blue Festival in Montreal will expand its audience and its role in the coming years.”

If you want to take Thanksgiving to the next level and celebrate and dance with hundreds of your LGBTQ+ brothers, sisters & non-binary siblings, the Black & Blue Festival is where you need to be! Check it out next year and start planning your black and blue outfits now!

See y’all on the dance-floor! 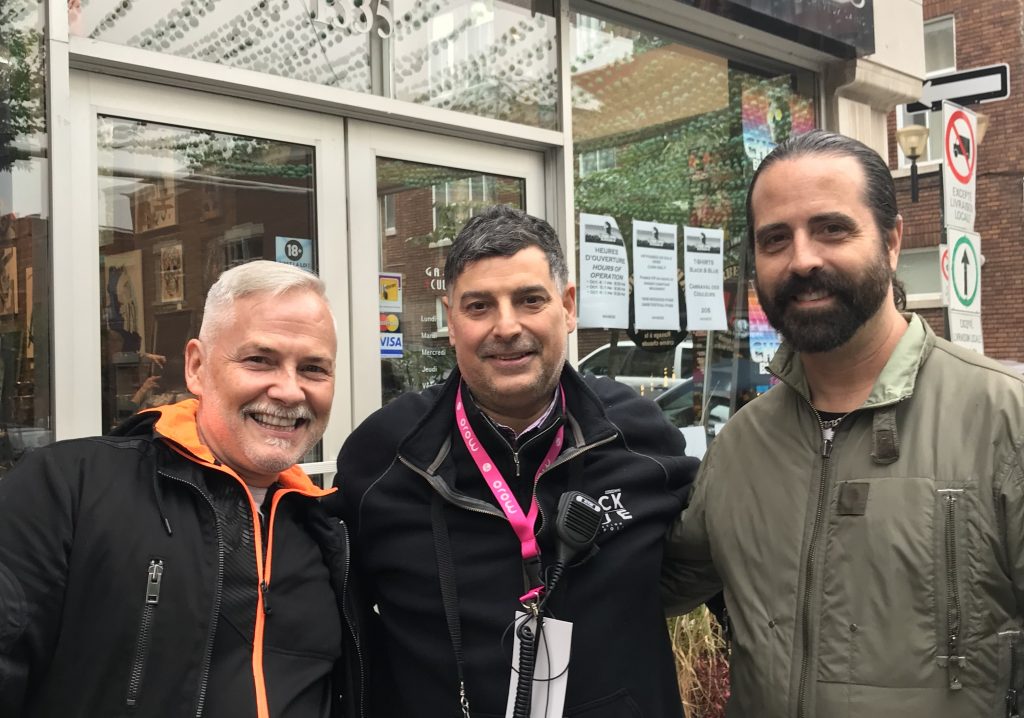