You live in The Village 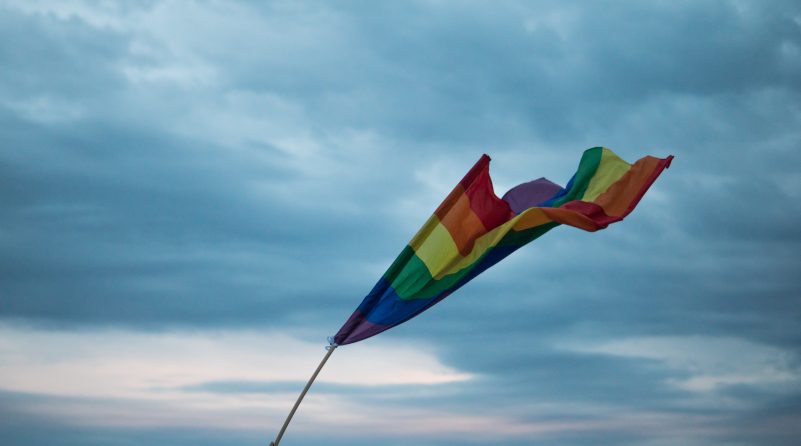 Major Events in LGBTQ Advocacy Over the Last Century: A Timeline

The history of LGBTQ advocacy in North America started at a grassroots level and has come a long way. This year, the Royal Canadian Mint launched a one-dollar coin celebrating 50 years of political progress in the rights of LGBTQ Canadians. Walk with us through a timeline from 1950 to today to learn about some of the key moments that drove LGBTQ advocacy forward.

Stonewall is often considered the origin of the LGBTQ movement, but that’s not the case. Few people know about the Mattachine Society, a gay advocacy group that was founded in 1950 in Los Angeles. Harry Hay, its founder, established the group with the goals of creating community and belonging for homosexuals and educating the public about “ethical homosexual culture.” Over the years, groups sprang up in other major US cities, as well as a sister organization called the Daughters of Bilitis.

In New York City, an event that would shape the future of LGBTQ demonstrations began on June 28th, when local queer community members demonstrated against police raids of the Stonewall Inn. This moment was a flashpoint for frustrations LGBTQ people had been facing in the 1950s and 1960s and resulted in the formation of many gay rights organizations in the following months and years. Ever since, pride marches and gatherings around the world are held in June to commemorate the protests.

At almost the same time, the Criminal Law Amendment Act received royal assent in Canada, marking the decriminalization of homosexual acts between adults.

The American Psychological Association had classified homosexuality as a mental disorder in its Diagnostic and Statistical Manual of Mental Disorders (DSM). That changed in 1973, when the APA removed homosexuality from the DSM-II. This change is largely attributable to the research of American psychologist Evelyn Hooker.

The first national LGBTQ event, Pride Week, was held in cities across Canada. This event captured the changing mindset in the community from one of acceptance into the mainstream to that of gay liberation through visibility. The 1973 event was the only occurrence, though cities that participated have since organized their own local pride events.

Gilbert Baker, an artist and performer, was commissioned to create a flag that represented the LGBTQ community in San Francisco’s annual pride parade by Harvey Milk, a local politician who has since become a gay icon. The resulting rainbow flag initially had eight colors but was altered to the six it now has when it started being produced for sale by the Paramount Flag Company.

Canada’s own version of Stonewall took place in February, when cops stormed four gay bathhouses in Toronto and, in the single largest arrest in the city’s history, charged 286 men. Protests started the next night. This event, like Stonewall, is considered a turning point in the journey for LGBTQ rights in Canada as it mobilized communities to start protesting publicly. This event was a catalyst for Toronto’s ongoing pride events.

AIDS Coalition to Unleash Power (ACT UP) was founded in 1987 in New York City to improve the lives of those living with HIV/AIDS through direct action. Following a speech by Larry Kramer in March at the Lesbian and Gay Community Services Center, the organization quickly formed and started taking public action in NYC. It has since grown into an international organization. In 1988, AIDS Action Now formed in Toronto, modeled on similar principles and working toward the same goals. Access to treatment was the initial goal of such organizations.

The World Health Organization, lagging behind the APA, voted to remove homosexuality from the ICD-10, their medical classification list. And in Canada, Chris Lea won the leadership of the Green Party of Canada, making him the first openly gay person to lead a Canadian political party.

Bill C-33 proposed to add “sexual orientation” to identities covered under the Canadian Human Rights Act, and received royal assent this year. The act was originally passed in 1977 without the inclusion of this category and applies to federally-regulated activities.

Ellen DeGeneres, already much loved for her role in the self-titled TV series Ellen, came out as gay only weeks before her character did so on the show. Though progress in civil rights had been made in the past decades, an established celebrity choosing to disclose her identity was a big step in visibility for the LGBTQ community. This was also the first character to come out on a prime time network TV show.

In 2003, the first gay couple in Canada got married in Ontario after a Court of Appeal decision affirming the option. Michael Leshner, one half of the couple, is a lawyer and saw this move as part of the push to legalize same-sex marriage across the country. In 2004, a Quebec Court of Appeal ruled that homosexuals have the right to marry, and in 2005, the federal Civil Marriage Act was passed, legalizing the right in all Canadian provinces.

For the first time, a pride flag was raised in June on Parliament Hill in Ottawa to mark the start of pride month. The same month, Justin Trudeau became the first prime minister to attend pride parades.

Mirroring the 1996 bill, Bill C-16 was passed to include the terms “gender identity” and “gender expression” in the Canadian Human Rights Act and the Criminal Code. This legislation made it illegal to discriminate based on gender identity or expression as well as extending hate speech laws and sentencing principles for hate crimes to account for these identities.

We’ve come a long way since the days of the Mattachine Society and Stonewall, and there’s more to be done. But this month is the time to celebrate all that the community has accomplished.

Hilary Thompson is a freelance writer with a background in English, content strategy and journalism. She's written for publications like Venturebeat, Today, Women's Health, POPSUGAR, Today's Parent, and Yahoo. She particularly loves to write about family dynamics, travel, smart technology and science, and anything that makes her healthier in any way: mind, body, and spirit.