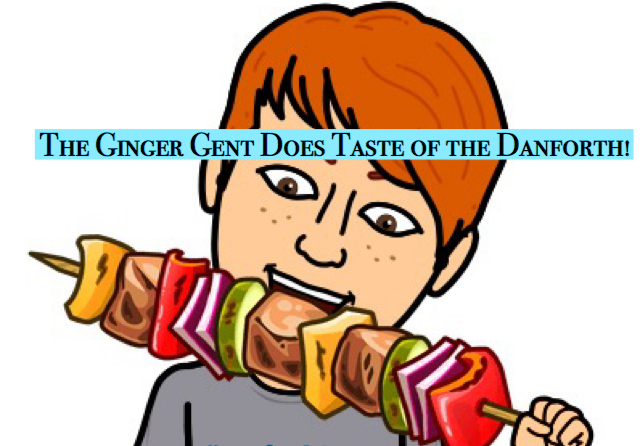 Ferris Wheeling High Above The Danforth

What is it about Ferris wheels that bring out the kid in me? This weekend The Ginger Gent and I paid a visit, two in fact, to The Taste of the Danforth. Since the tragic events of last summer it seems like even more important to stand up and be counted with our community. As well, I have a warm spot in my heart for this street fair, it is the place where my friend Erin and I had a beautiful steak dinner and celebrated our decision to buy a house together and co-parent. We even got a reading from a physic who confirmed that Erin would become a mother. That was also the second year I participated in The Urban Oasis, put on by my previous practice space, The Inner Arts Collective (IAC), where I did mini reflexology and reiki treatments. I was exhausted, but it was such a nice way to be involved with the community and volunteer my services. Even if I couldn’t ride the rides. 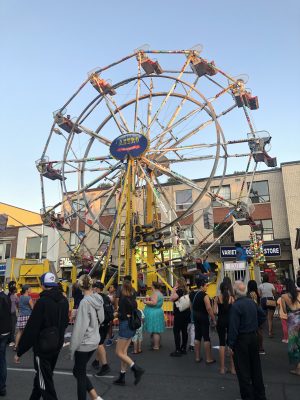 However, as I have moved on from the IAC, Taste of The Danforth has been all fun and games for this queer mama and her Ginger sidekick. We love going to the CNE every summer, but having a meat festival with carnival games and a Ferris wheel in our neighbourhood is hard to beat! On Saturday we took along Junior, Erin’s one-year-old son, so I bought tickets and Ben road the wheel alone. He admitted it was scary to do by himself, but very bravely he did it. At the end of the day we had six leftover tickets so I made a deal with him. The next day he and I could return just so we could take our annual ride together. 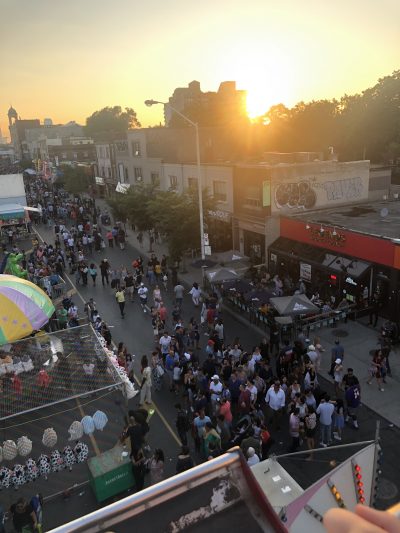 By how excited I was you would never think I had a problem with heights. It’s like my psyche has deemed this activity an acceptable risk. The line was just as long as it was the first time, and we found patience knowing it was worth the wait. In the gathering dusk the multi-coloured bulbs were flashing, the streets below were streaming with a beautiful mosaic of people, and the sun was setting behind the buildings for another night. I regaled Ben with the annual story of how Kara and I went to Niagara Falls and she did not tell me about her fear of heights when I wanted to…you guessed it, ride the Ferris wheel. Ben and I put out our arms and let the air tickle us as we went over the top and swooshing towards the ground. It felt like flying once I forgot I was attached to something. I was texting my mother and sending her pictures of the view and a selfie of us.

She responded saying, “You are SUCH a good mother!” I don’t think she understood it was no imposition on my part. I reminded her that she was a good Grammy when she took Ben while I was working. I don’t know how she did it but she made it sound like she rolled out of the bucket and kissed the ground when it was over.

“Remember, I liked the swan boats (at Canada’s Wonderland)…dad did the Ferris wheel” she said.

That’s right, I thought, he did. I can’t even remember if I was aware that he had his own problem with heights when he took me on The Wildebeest. I myself declined a second ride on the Mount Everest roller coaster at Disneyland, but Ben and I were both white as a sheet so I didn’t feel too bad. In any case my dad was a good father. So as Ben and I looked all the way down the Danforth, I silently thanked all the people in my life who sucked it up and took a spin, or plunge, or both with me. I hope I will continue to be that mom who has just as much fun as her kids, however I wonder if I will ever be obliged to suck it up and do something terrifying for my kid. I really hope it’s not skydiving. 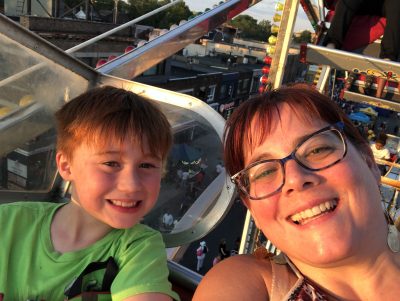 Donate to #DanforthStrong to continue helping our community support each other. 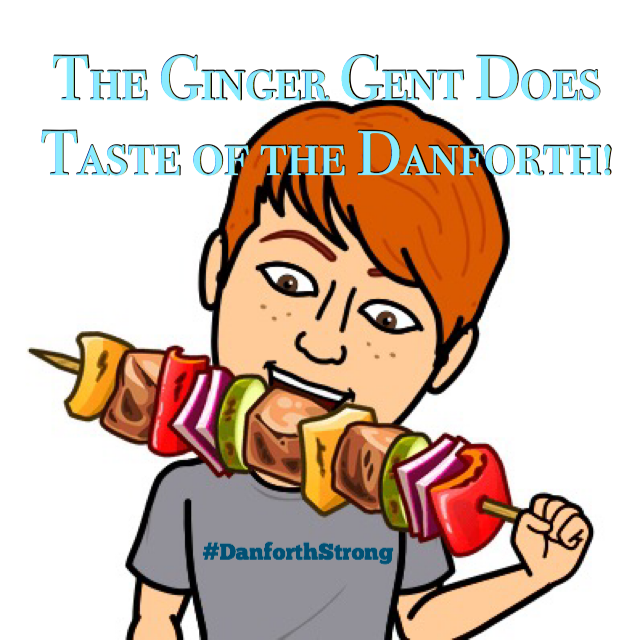