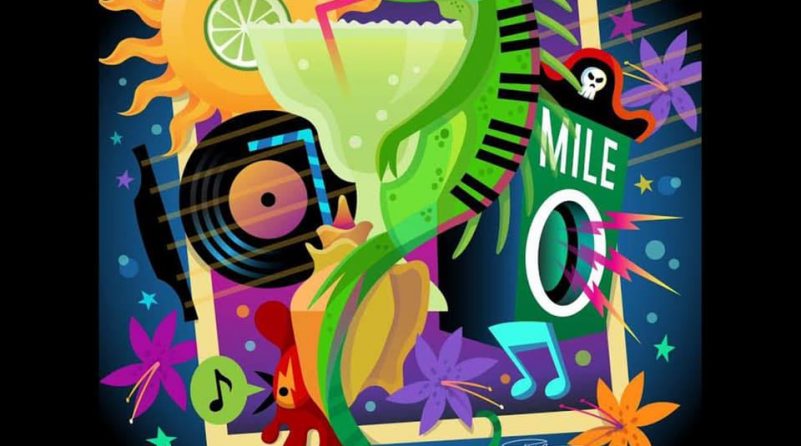 The 2019 Fantasy Fest, set for Oct. 18-27, is themed “In Tune But … Off Key” in salute to all things musical — from classical to karaoke, brass bands to Broadway and anthems to “American Idol.”

When rock icons Mick Jagger and David Bowie performed “Dancing in the Street,” the lyrics didn’t mention Key West’s Masquerade March. But they should have, because each year several thousand masked and costumed revelers dance, promenade and strut their stuff in the madcap march along the island’s scenic streets. Led by freewheeling Florida Keys musicians, the event is scheduled Friday, Oct. 25, as an eagerly anticipated part of Key West’s 40th annual Fantasy Fest celebration.

Participants in the march typically dress in elaborate masks and costumes, offbeat accessories and ensembles inspired by the year’s festival theme. They’re encouraged to bring whistles, noisemakers and percussion instruments to add to the excitement.

Notables in the 2018 event, clearly marching to the beat of a different drum, included a man garbed as a huge walking roulette wheel, a 30-foot-long meandering caterpillar and people wearing Scrabble letters who formed words as they walked.

Starting at 5:30 p.m. at the picturesque Key West Cemetery’s Frances Street entrance, the 2019 “chorus line” of craziness is to proceed along Fleming Street, with marchers stopping for libations at guesthouses and inns along the way.

Spectators line the streets of the island’s historic district, applauding and sometimes joining in, before the procession reaches its end near the Fantasy Fest Street Fair on mile-long Duval Street. Revelers can even attend an after-party at the Green Parrot Bar, 601 Whitehead St., starring the bar’s notorious Green Parrot Ukulele Orchestra Band.

The colorful march is a prelude to the annual festival showstopper, the Bud Light Fantasy Fest Parade featuring dozens of glittering motorized floats, costumed marching groups and lively island bands. Scheduled for Saturday, Oct. 26, the parade is to proceed down Key West’s Whitehead and Duval streets in front of nearly 70,000 fantasy fans.

The masquerade march is free to enter and watch.