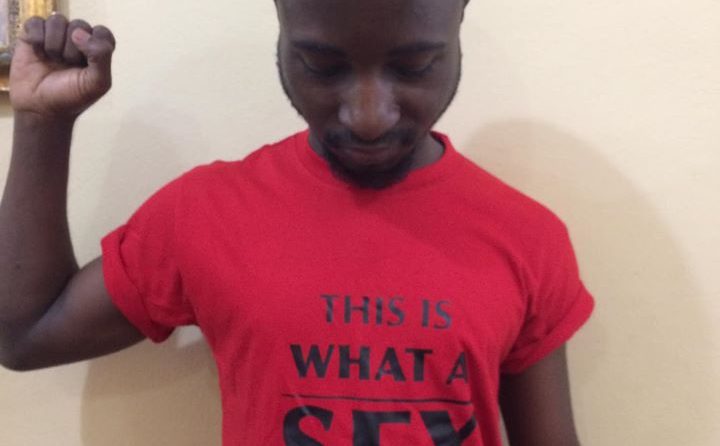 Uganda has been dubbed ‘the world’s worst place to be gay’ by The British Broadcasting Corporation (BBC) in one of its documentaries. Yet in the midst of all the persecution, an organisation by and for gay male sex workers provides much-needed assistance to a rather clandestine group.

Mr Kakande Cameron, Director of Men of the Night Uganda, the sole male sex work led organisation, takes us back to the humble beginnings of the association and the work it does. As a sex worker himself he takes his work seriously, representing sex workers in Uganda and all over the world:

“I am the public face of a community that operates in private. I maintain an active social media presence for sex workers and build relationships with other organisations such African Sex Work Alliance and Uganda Network of Sex Work Organisations.”

I asked Kakande how he went from individual business to leading an organisation that looks after male sex workers:

“It was a rather a serendipitous occurrence. Men of the Night was founded by three male sex workers including me. One of the three was not comfortable with who he was then – gay and sex worker, the second one was already actively involved in advocacy work of LGBT work; that left me to take the lead.”

Thus Kakande started working on the growth of the organisation which started as a support group of three sex workers who met, from time to time, to share ideas on how to handle violent clients or how to negotiate better prices. In an environment where being gay can lead to being hanged – literally – gay sexual education is not easy to find especially in remote areas.

“We didn’t have a clue that men who engage sex with men could catch HIV. It is only after two of our friends who were dishonoured to HIV that our eyes were open to the harsh reality. We decided to do more research about HIV and share the information we got. Others joined us, even sex workers who belonged to other LGBTQIA+ organisations, because these other organisations were not addressing their specific concerns.”

It took ingenuity and identification of loopholes in law texts to work in such a homophobic environment. Founded in 2016, the organisation has been in existence for 4 years. Securing funding for a male gay sex work organisation is a struggle.

“Despite difficulties, we are constant on our mission and goals. We look out for funding opportunities online and send proposals or concept notes to donors interested in our line of work. We also fund-raise from members of Men of the Night’ themselves. They pay an annual subscription fee which helps run the organisation.”

And what are some of the daily activities?

“We use social media to educate, mobilise and also keep our members and partners in the know of the various activities that we do. Yes, social media is helpful, because some of the members in far to reach areas get to interact with us via social media. We mainly use Facebook, WhatsApp and Twitter. In addition to advocacy and education, health is also a central activity for Men of the Night.”

“I see the organisation in future as a mentor of future emerging groups of male sex workers in the different parts or districts of Uganda. There is more need to empower people living with HIV on their medication and also to sensitise those who are negative on the importance of adherence to PREP and PEP.”

“I decided to be the change I want to see in the world by advocating and being the voice of those who often can’t speak for themselves.”

Although Men of the Night is the only organisation for male sex workers in Uganda, it does not work in isolation. It rather established partnerships with Ugandan and international LGBTQIA+ organisations to address issues of discrimination based on sexual orientation. In the East African region, the other organisation we came across were Health Options for Young Men on AIDS and STIs (HOYMAS) and Kisumu Male Sex Workers Organisation (KIMASWO) in Kenya.