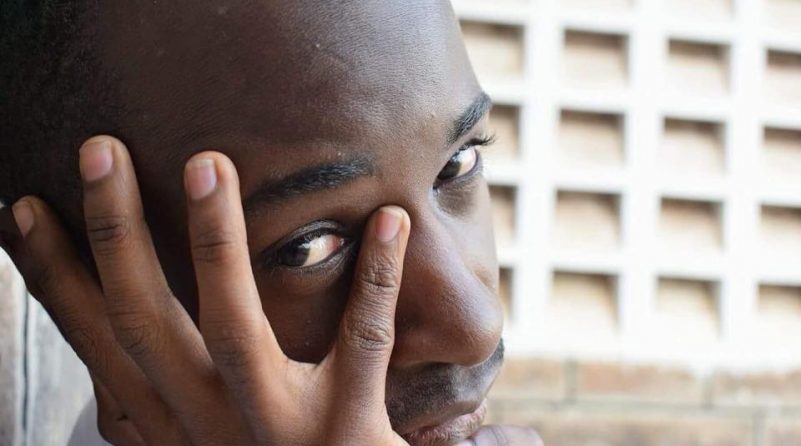 Persecution of gay people in Uganda has reached international recognition. Legislation proposed life imprisonment or even death for sex between men. Ugandan newspaper ‘The Rolling Stone’ at one time was in the business of outing gay people. This resulted in a lot of persecution and death, including the death of David Kato in 2011. David Bahati, MP, introduced the Uganda Anti-Homosexuality Act, 2014, the “Kill the Gays bill” as it was dubbed in the West. To date, many legislators are still very hostile to homosexuality.

In a climate like this, a gay male sex workers’ organisation is the last thing you would expect. Even more surprising was the story we listened to at the edge of our seat.

While doing research for another story, I came across Mr Kakande Cameron. ‘The guy who knows many gay activists in the East African region’ I was told. Little did I know that I was being introduced to the ‘face of male sex workers in Uganda or the Director of Men of the Night Uganda, “Uganda’s only male sex work led organisation” as Kakande asserted.

But how did it all start? Kakande explains:

Between 2010 and 2011 when I had just joined university, things were bad, I was going to bed hungry and would miss out on what lecturers were saying in class. Hunger is the worst, trust me. I searched for jobs to make a few Shillings [Ugandan Currency] for my upkeep but in vain. They needed papers and work experience which I did not have.

But that was before he realised he was sitting on gold:

I was a good-looking lad and men would always look out on me whenever I could go to bars. They would hit on me, buy me a few drinks and would suggest we have sex.  I was a very bright sharp boy who knew what I wanted, and I would boldly tell them that ‘I play for Keeps’, which means I have Sex for money.

And that is how Kakande opened shop, offering great service and lacking nothing as referrals kept coming in, despite the disdain of others:

People were against it, some said it was ridiculous for a man to hit the streets in order to hunt for a shilling… but the more I was open about having those uncomfortable conversations, the more they learned and unlearned why I was engaging in Sex work.

But how does it work in a place that was once dubbed by the BBC ‘the worst place to be gay’?

Male sex workers operate mainly on social media platforms such as Facebook, Grindr, Hornet and Planet Romeo. Negotiations are done over the internet, you decide on the price and the venue. Some male sex workers operate in high-end bars and they strategically position themselves for hook up, they normally stage around the bar counters or pool bar. Referrals are also commonplace – hence the need to be a real professional to survive in this trade. Some male clients call heterosexual escort services and instead of asking for a woman they specify they need a man. Enough… I cannot reveal all the secrets to you.

There certainly could be dangers. Some people with malicious intentions could pretend they are clients, both online and face to face!

There is no such a thing as zero risk. But when you are a sex worker, you develop a sixth sense, you feel it when something is not right, we are always alert, we discuss these situations amongst ourselves and some situations raise red flags. I would not know how to explain this, you need to be ‘in it’ to understand.

Despite this assurance Kakande has a plethora of names in the digital space. Would this have anything to do with his online safety?

Having many names protects me from toxic clients who might want to blackmail me. You see, if two people speak to each other using two different names it is hard for them to realise they are talking about the same person. That is how I avoid nuisance.

As the president of the only gay male sex work organisation, this could potentially compromise advocacy work, right?

I don’t tell my rightful name to clients. But for Men of The Night work and Advocacy my name is out there, I want people to reach me easily.

Kakande sees a bright future for male sex workers in Uganda and beyond despite challenges such as “…stigma, slut-shaming”. There is double stigmatisation here: one by the environment and one by sex workers themselves.

Sex workers are often ashamed of what they do due to society’s stigma. Yet, some fine men who proclaim how deplorable we are during the day, enjoy our ‘paid company’ during the night, in private. Talk about society’s double standards!