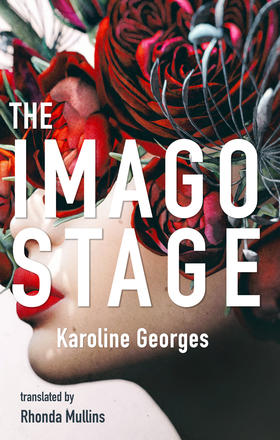 A woman must emerge from the virtual world she’s created to confront her flesh-and-blood past and family.

Growing up with a menacing drunk for a father and a grief-stricken mother, a girl spends her 1980s childhood staring at the television to escape the tension, depression, and looming violence that fill her suburban home. After winning a modelling competition, she dedicates herself to becoming a placid image onto which anything can be projected, a blank slate with a blank stare. Earning enough in Paris to retire in her twenties, she buys a studio in Montreal and retreats from the world and its perceived threats, cultivating her existence as an image through her virtual reality avatar. But when her mother develops cancer and nears the end of her life, she is forced to leave her cocoon – surrounded by her posse of augmented reality superheroes – and interact with the world and her parents without the mask of her perfect, virtual self.

Georges offers up an alienated childhood with shifting pop culture obsessions, a woman’s awakening to the role of the image in culture, and her eventual isolation in her apartment and the world online. It is a catalogue of the anxieties of an age, from nuclear war to terrorism, climate change to biological warfare. Set in the past and not-too-distant future of Montreal, The Imago Stage is an ominous tale of oppression, suppression, and disembodiment.

Originally published in French by Éditions Alto as De synthèse, now translated by Rhonda Mullins (Suzanne, The Laws of the Skies), this five-minutes-in-the-future novel follows a young woman from her abusive childhood in working class Montreal, to a successful modeling career in Paris, to her life as a content shut-in who crastes virtual avatars and only interacts with other people in a vast online universe. But her world is thrown into disarray when her mother falls ill and she must brave the outside to visit her in the hospital. De synthèse won the Governor General’s Award for French-language fiction in 2018.

Karoline Georges is not only a writer but also a talented digital artist, and to celebrate the English translation of The Imago Stage, she has created a brief reading by a series of virtual avatars. These could be different versions of Anouk, the narrator’s own shapeshifting avatar in The Imago Stage. Watch below.