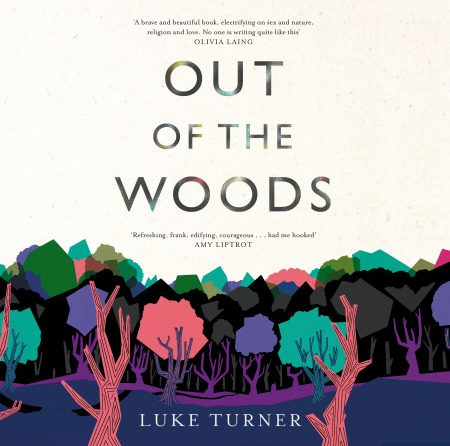 “Out of the Woods” – a tale of the woods, secrets, and bisexuality

After the disintegration of the most significant relationship of his life, the demons Luke Turner has been battling since childhood are quick to return – depression and guilt surrounding his identity as a bisexual man, experiences of sexual abuse, and the religious upbringing that was the cause of so much confusion. It is among the trees of London’s Epping Forest where he seeks refuge. But once a place of comfort, it now seems full of unexpected, elusive threats that trigger twisted reactions.

No stranger to compulsion, Luke finds himself drawn again and again to the woods, eager to uncover the strange secrets that may be buried there as he investigates an old family rumour of illicit behaviour. Away from a society that still struggles to cope with the complexities of masculinity and sexuality, Luke seeks to accept the duality that has been the cause of so much unrest in his life – and reconcile the expectations of others with his own way of being.Out of the Woods is a dazzling, devastating and highly original memoir about the irresistible yet double-edged potency of the forest, and the possibility of learning to find peace in the grey areas of life.

Such a strange read, with so much going on, seemingly related, yet unrelated- real, yet unreal. Although not specifically written as a verbatim autobiography, it’s clear that the overall story was written based on Turner’s life growing up. Being raised by devout religious parents, he struggles with understanding and accepting the word above, as he also struggles to understand his continuous string of failed relationships, and his urges for promiscuous sex.

Another completely different aspect to the story, that intersperses between his personal recollections, is the historical research and documentation of his family history in and around London proper. As he digs deeper, he discovers hidden secrets about his ancestors, his parents, and himself. There’s also a revealing find that triggers a past incident in his life that makes him question the reason for his inability to maintain a stable relationship, and his obsession with random, anonymous sex.

On top of all this are his trips to Epping Forest where he befriends a homeless person living within, recalls his youthful days traipsing around with his family, and his solo late night adventures that no one knows about. On a completely separate note, Turner also brings light to the fact that climate change is very real, highlighting specific changes that have happened over the year to his favourite urban escape. If all these different unrelated topics weren’t enough, he also randomly name drops a few of his musical idols from the 1980s (Genesis P. Orridge, Cosi Fan Tuti), that seem to have zero reference to the story at all.

Overall, interesting topics, yet a difficult read to make it through, which in the end was very anti-climatic.

Out of the Woods is available from Orion Books. 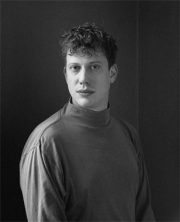 Luke Turner is a writer and editor. He co-founded the influential music website The Quietus where he runs a regular podcast and radio show. He has contributed to the GUARDIAN, DAZED & CONFUSED, VICE, NME, Q, MOJO, MONOCLE, Nowness and Somesuch Stories, among other publications. O