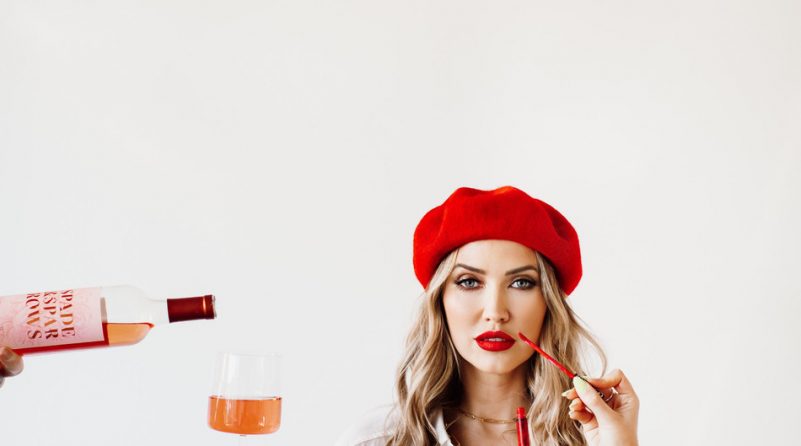 Canada’s own Bachelorette, entrepreneur and wine enthusiast, Kaitlyn Bristowe, launches her wine label, Spade & Sparrows, in Canada. Since the label’s original release in June 2019, Spade & Sparrows has only been available for purchase online in the US and Kaitlyn has been eagerly anticipating being able to offer it to her Canadian fans. It is now rolling out in liquor stores across Western Canada, with Bristowe’s home province of Alberta being the first to get their hands on it.

In true Bristowe fan fashion, when retail sales launched on August 22 at eight Wine and Beyond locations across Alberta, there were (socially distanced) line ups around the store before doors opened. Twelve hundred bottles were sold in 10 minutes and 6000 bottles were sold in the first 48 hours, making this one of the most successful new wine launches in the province.

“The support of my Canadian Vinos has meant the world to me,” said Bristowe. “By rallying for the release of Spade & Sparrows in Canada on social media, industry leaders listened and finally took a chance on us. I am so thrilled for the opportunity to bring my wine home to my Canadian fans and that they are the first to be able to purchase in store.”

While Bristowe continues to build her entrepreneurial empire, including Spade & Sparrows, her incredibly successful scrunchie line, Dew Edit, and her music, Bristowe will also be appearing on this season of Dancing with the Stars. It was important for Bristowe to time the Canadian release of Spade & Sparrows with the launch of the show so that Canadians could cheer on their home-town girl with a glass, or two, of wine.

Spade & Sparrows 2.0 second vintage was released on June 23, 2020, and features a Pinot Noir, Pinot Grigio and Rosé blend from California. Spade & Sparrows is now available at all Wine and Beyond locations across Alberta. Next to launch was Saskatchewan on September 2, and British Columbia on September 13, with Manitoba dates soon to follow. Bristowe’s goal is to have Spade & Sparrows available in all Canadian Provinces, including Ontario, by early 2021. Click here for more information on store locations.

About Spade and SparrowsA self-professed acquired taste, Kaitlyn Bristowe expresses herself best with a microphone and glass of wine in hand. Spade & Sparrows, Kaitlyn Bristowe’s wine label, officially launched online in July of 2019. The first vintage, featuring a Rosé, Pinot Grigio and Cabernet Sauvignon originating from California, sold out in February of 2020. Spade & Sparrows second vintage was released on June 23, 2020. This vintage features a Pinot Noir, Pinot Grigio and Rosé blend from California. Spade & Sparrows has also recently launched a digital wine club and is available for purchase online in the US, and in select stores across North America.