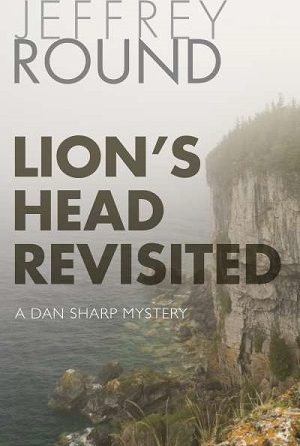 Lion’s Head Revisited is the latest release in the Dan Sharp Murder Mystery Series. When a four-year-old autistic boy disappears on a camping trip, his mother is reluctant to involve the police. Instead, she calls in private investigator Dan Sharp after a ransom demand arrives. On investigating, Dan learns there are plenty of people who might be responsible for the kidnapping. Among them are an ex-husband who wrongly believed the boy was his son; the boy’s surrogate mother, now a drug addict; the boy’s grandmother, who has been denied access to her grandson; and a mysterious woman who unnerves everyone with her unexpected appearances.

A trip to Lion’s Head in the Bruce Peninsula, where the boy disappeared, brings Dan unexpectedly into contact with his own brutal upbringing. But when a suspected kidnapper is found dead, Dan suddenly finds himself chasing the ghosts of the present as well as the past. Dan’s boyfriend and son return to this latest series update.

Lion’s Head Revisited is part of the Dan Sharp Mystery series from Toronto author , Jeffrey Round, that includes, The Jade Butterfly, Lake on the Mountain, After the Horses, and Pumpkin Eater.

Jeffrey Round is the author of numerous books, including the Lambda Award–winning Dan Sharp mystery series and the stand-alone mystery Endgame. He lives in Toronto.