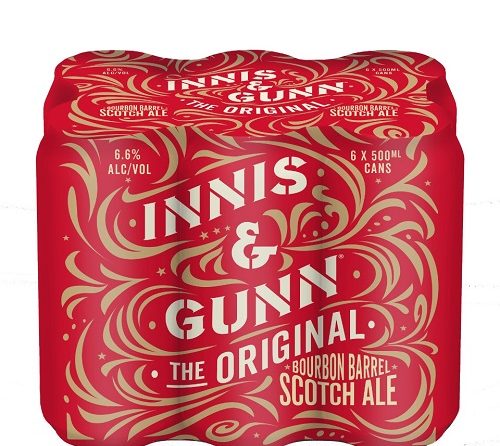 I distinctly remember the first time I tried the Original Innis & Gunn Bourbon Barrel Scotch Ale. I was at the Toronto Beer Festival held on the CNE grounds, spending the day sampling many different beer products. Stumbling upon the Innis & Gunn booth, I sampled their brew and ended up returning to use up the remainder of my sampling tickets. The taste of  vanilla and toffee, combined with the malty character of Scotch Ale was a blissful delight. Needless to say, I was hooked.

Since then, I’ve watched this Scottish brewery expand their product offering of premium produced ales and lagers, that have influenced countless other micro and craft brewers to try and mimic the barrel-aging process.  Outside of Scotland, the brand is hugely popular around the world, and especially here in the Canadian market, where they rank as the number one imported craft beer in the country.

Spearheading the barrel-ageing movement from Scotland, The Original bourbon barrel-aged beer is the one that started Innis & Gunn, when Master Brewer Dougal Gunn Sharp founded the brewery in 2003. In 2013 their Barrel Aged line up was expanded immensely with a portfolio of Innis & Gunn Craft Lager, Gunnpowder, and Session IPAs, along with a successful limited-edition range of barrel-aged beers.

What continues to lead them in the barrel-aging beer market is the process they use to distill.

Beer into Barrel – is exactly as the name implies. Beer is added to a used spirits barrel, then left to mature and soak up all the residual flavours of the spirit and the barrel itself.

Barrel into Beer – is unique to Innis & Gunn, where the process is flipped, and the used spirits barrel is placed into the beer vat, turning the process on its head to mature more beer using fewer barrels in shorter time, without losing any of the flavour. So how is this achieved?

Firstly the barrels are broken up into their constituent staves, then further broken into barrel pieces, which are then toasted in an oven to open up the wood and develop more of the rich flavours. So far they have discovered five different ‘toast’ levels, each of which is characterized by its own unique spectrum of aroma and flavour elements, which they can then impart to maturing beer. This allows flexibility of adjusting the number of pieces added, to control the ‘toast” levels.

This attention to detail can be found in their most recent offerings, that are even more refined, and are poised to push the brewery to add more accolades and awards to their already outstanding collection. 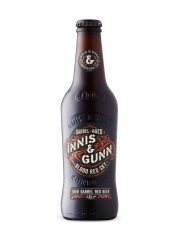 Blood Red Sky is a Scottish red ale aged in oak wood from Jamaican rum barrels. In the glass it is deep brown, with aromas and flavours of ripe fruit, chocolate, molasses, and espresso coffee. It is full-bodied, with moderate carbonation and a lengthy finish. 6% ABV. Permanent Product available at the LCBO 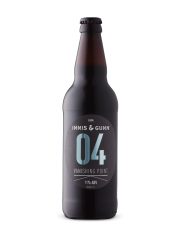 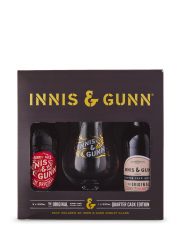 Each of these offer unique tasting experiences unlike anything else on the market. Be sure to pick up a couple before they’re gone!