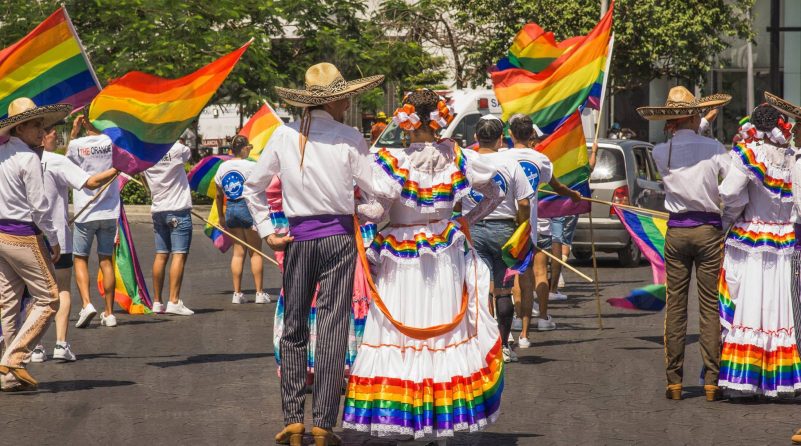 Guadalajara Among Finalists to Host Gay Games XII in 2026

Guadalajara, a thriving urban destination known as much for its contemporary arts, culture, and culinary scene as its traditional Mexican heritage, has been named to the shortlist of three cities worldwide vying to host the Gay Games XII in 2026. The other two cities that made the shortlist are Valencia, Spain and Munich, Germany.

Host cities are chosen based upon their support of the LGBTQ+ community, as well as their cultural and leisure offerings, and their ability to provide a welcoming and fun experience to the thousands of athletes and spectators that flock to the games. A record number of 20 cities from around the world expressed interest in hosting the 2026 Gay Games, which stands to have a considerable economic impact on the host city. The most recent games, held in Paris in 2018, had a total economic impact of US $117.9 million, generating more than US $72 million for the local tourism and hospitality industries.

“We are thrilled that Guadalajara has been recognized a finalist to host the Gay Games XII, as the city has long been committed to furthering equality and offering an exceptional destination experience to LGBTQ+ visitors,” said Gustavo Staufert  CEO Guadalajara Convention and Visitors Bureau. “We would be overjoyed to host an event of this magnitude celebrating the LGBTQ+ community. The Guadalajara Convention and Visitors Bureau wholeheartedly supports the Gay Games’ core principle of ‘Participation, Inclusion and Personal Best™,’ and hope to see these qualities on display in a big way in 2026.”

Guadalajara was also on the shortlist in 2017 for the upcoming Gay Games XI, which will be hosted by Hong Kong in November 2022. The next step in the bid process consists of site inspections which will begin in June 2021, depending on the status of COVID-19. The final vote determining the host of Gay Games XII will take place at the Federation of Gay Games’ Annual General Assembly meeting in Hong Kong in November 2021.

The birthplace of iconic Mexican heritage including tequila and mariachi, Guadalajara is the second-largest city in Mexico and considered the country’s cultural center. Each year, tourists travel to this cosmopolitan destination to experience a plethora of attractions including nearby magical towns such as Tequila, where the popular spirit is produced; explore colonial architecture; and visit museums and small towns with exquisite crafts and artwork. Guadalajara is the capital of the state of Jalisco, which is located in the center of Mexico, 350 miles west of Mexico City and 200 miles east from Puerto Vallarta along the Pacific Ocean. The metropolitan area of Guadalajara consists of four urban districts – Guadalajara, Tlaquepaque, Tonala, and Zapopan – and three suburban districts, Tlajomulco, El Salto, and Tequila.

Travel to Guadalajara is easily accessible via the Miguel Hidalgo International Airport (GDL), which is located 24 miles from the city center of Guadalajara, with non-stop daily flights from major markets across the United States and Canada. For more information, visit www.visitguadalajara.com.