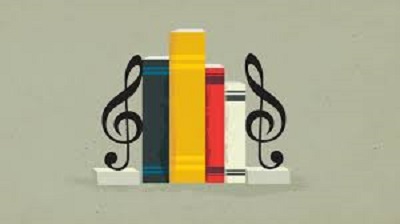 The Final Revival of Opal & Nev is a kaleidoscopic fictional oral history of the beloved rock ’n’ roll duo who shot to fame in 1970s New York, and the dark, fraught secret that lies at the peak of their stardom. 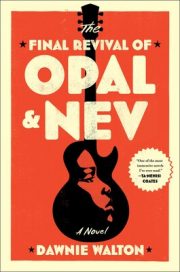 Opal is a fiercely independent young woman pushing against the grain in her style and attitude, Afro-punk before that term existed. Coming of age in Detroit, she can’t imagine settling for a 9-to-5 job—despite her unusual looks, Opal believes she can be a star. So when the aspiring British singer/songwriter Neville Charles discovers her at a bar’s amateur night, she takes him up on his offer to make rock music together for the fledgling Rivington Records.

In early seventies New York City, just as she’s finding her niche as part of a flamboyant and funky creative scene, a rival band signed to her label brandishes a Confederate flag at a promotional concert. Opal’s bold protest and the violence that ensues set off a chain of events that will not only change the lives of those she loves, but also be a deadly reminder that repercussions are always harsher for women, especially black women, who dare to speak their truth.

Decades later, as Opal considers a 2016 reunion with Nev, music journalist S. Sunny Shelton seizes the chance to curate an oral history about her idols. Sunny thought she knew most of the stories leading up to the cult duo’s most politicized chapter. But as her interviews dig deeper, a nasty new allegation from an unexpected source threatens to blow up everything.

Provocative and chilling, The Final Revival of Opal & Nev features a backup chorus of unforgettable voices, a heroine the likes of which we’ve not seen in storytelling, and a daring structure, and introduces a bold new voice in contemporary fiction.

Daisy Jones & the Six meets Nick Hornby in this uplit debut novel about a young musician who auditions for a band and is suddenly catapulted into the wild world of rock and roll stardom, where nothing is quite what it seems. Sometimes you have to hit rock bottom on your way to the top. 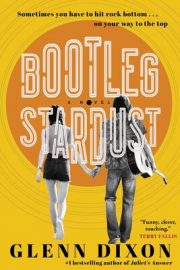 It’s 1974. The music world is rocking with bellbottoms, platform shoes, and lots and lots of drugs. This year’s sensation is an American band called Downtown Exit and their latest album has just gone gold.

For high school dropout Levi Jaxon, things aren’t so great. After bouncing around foster homes for years, he’s living in his best friend’s basement. His dream is to someday be a rock star, but he has a problem—his own band has just broken up.

In an uncanny stroke of luck, Levi lands an audition for Downtown Exit, who are now recording their second album at Abbey Road Studios. He arrives in London and aces his audition, only to learn he’s not really in the band. No, Levi’s job is to sit in the wings and cover for the band’s real guitarist when he inevitably starts tripping on stage.

Levi sticks with it, hoping to step into the role he’s always dreamed of. But he must first navigate egos, jealousies, and deceptions. Frankie, the band’s front man, has it out for him. And Levi has fallen for Ariadne, the band’s photographer. All of them have their secrets, Levi included. And as the band tours through Europe and struggles to finish their new album, Levi comes face to face with unanswered questions from his past and the impossible price that fame demands.

Utterly magical and transporting, Bootleg Stardust is a one-of-a-kind joyride about the power of music to bring people together—and break them apart—and the courage it takes to find your own voice.

Read an interview with author Glenn Dixon here, on how writing the book inspired him to pursue his dream of playing music.