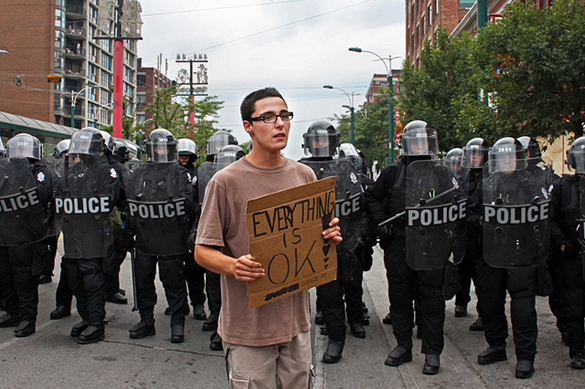 I must admit while I sit at home in Toronto, my mind is a blur of thoughts and frustration. As you know, after many delayed moments, Premier Doug Ford came out with some new restrictions, claiming that he and his team have done everything possible to fight COVID-19. Really?

I know, many of the flock are saying many things, that are not favourable for Pigeon Ford especially on his social media feeds.

Let us look at some data for vaccines.  It has become clear that the vaccine roll out is definitely a serious issue, but it seems it is not a supply issue. As many know, Premier Ford sat on over 1 million vaccines in freezers more then once. However, the data is telling us, that 1-in-5 Canadians have received their first dose of a vaccine while the 1-in-3 Americans have received theirs. How in the hell did we fall behind the USA suddenly? At the current rate it is estimated that Ontario citizens will not be vaccinated to move out of lockdown until late September, maybe.

Is it really an issue of supply? Canada at one time had the capability to produce our very own vaccines through Connaught Labs, but as true to their form of being Conservative, Prime Minister Brain Mulroney privatized by selling off that company, which eventually moved out of Canada.

Canada had the capability to produce our very own vaccines, but now we depend on private companies to supply the vaccine to us. Everyone blames the federal government, why? No one other then the CEO of a company producing vaccines can dictate who gets what first. Not to forget, it is a world pandemic, which means every country wants vaccines. Let us put blame where it belongs.

Let us get back to Premier Ford and his merry team of ministers. Has Premier Ford done everything possible? Let us truly ask that question, because it is an important one. When the pandemic first came around to Canada, and Premier Ford listened to experts, we immediately did a full lockdown. I personally thought okay, this is a new Conservative I have never seen before. But low and behold, the old Tory started to appear, no longer listening to experts, trying to put money before people and their safety. While at the same time killing small businesses and clearly supporting big businesses like Walmart, Loblaws, Amazon etc.

Oh yes, Premier Ford made small business loans available eventually, which many small businesses do not qualify for, so I guess he did something. Of course we asked for a quote from the Premier and as usual, there was no response to us.

Many in Northern Ontario look at the GTA shaking their heads on why we have such a high infection rate without thinking the thought through. Here is what has happened in the GTA. Many low-income jobs forced people to go to work regardless of if you are feeling well or not, because you do not get any paid sick days. Premier Ford could have given you paid sick days, but doesn’t believe everyday people need them. You do not work, you do not get paid. If you do not get paid, you cannot pay your rent, buy food etc. So, even if you do not feel well, you will force yourself to go to work.

Many pigeons are forced to take public transit, because they have no other choice. However, while some public transportation functions extremely well, others do not. Cities were not given any support by Premier Ford to increase transportation services for people to socially distance while getting to and from work. You are crammed onto the bus or subway.

We are told many times, that schools are safe, yet many schools are now closed and will likely be closed until at least September. We know that many youths can be a carrier of COVID, yet the government seemed to ignore the experts on this fact.

Today, Ontario is in a weird place. The Ontario Solicitor General gave police massive powers to randomly stop anyone, under the premise of trying slow down the curve of infections. Provincial border check points are coming. You can be questioned outside your home on why you are outside, what you are doing, and where you are going. This makes it seem like its your fault some how. I am confused Pigeon, when did public health become a police issue?

Does it all lay on the shoulders of the Premier? Not really, it lays with the Ministers too. We have the Minister of Health who refuses to acknowledge that COVID is airborne, even while the experts have said it many times. The Finance Minister introduced a new budget saying there is money flowing in the streets, yet when we look at the budget, there is more cuts to services.

Fred Hahn, President of CUPE Ontario, raised some good points on what you can do if you are not happy with this current Ontario Government, “We need to un-elect ALL OF THEM from any position.” Fred Hahn continued, “Lets keep going, do what you can, use whatever energy you can spare, talk to others who are feeling just as frustrated and frightened as you might be, to not only acknowledge those shared feelings but to bring them into resistance. Too many have already been lost, and we will lose too many more because of the callous, ideological leaders people elected to lead Ontario.”

Pigeon, it is time to remember that governments work for you. You do not work for the government, and the election is a job review just like you get at your job. When a government puts money, profits, and big businesses before the health of people, that is a huge red flag for all of us. Maybe the rest of the world sees Canada as a number one place to visit, but for those of us who are fighting to stay alive, keep our home, and stay healthy, we do not see Canada as number one right now. Especially when our government put money before people.