Anvil Press was established in 1988 to publish “subTerrain” magazine. The desire among those involved at the time was to eventually publish a line of literary titles—books from new, virtually unknown authors who were starting to make a name for themselves on the Canadian literary scene. The publishing philosophy at Anvil remains uncompromised: “To discover, nurture, and promote both new and established Canadian literary talent.”

Below, are three titles that recently piqued our interest. 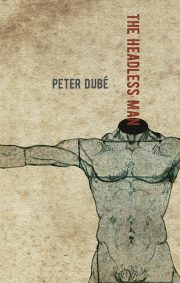 The Headless Man awakens into a strange landscape. He must make sense of it through his actions, striving to determine whether there is a place for him in a world not made in his image or whether he must imagine something different in order to be. He cannot speak, see, or hear in the usual ways, so he must learn to do these things using other parts of his body, leading him to a fuller sense of himself. In this gothic, picaresque narrative, laced with horror and humour, Montreal surrealist Peter Dubé addresses his concern with queer challenges to identity and sexual boundaries, exploring questions about insider and outsider, what constitutes the “normal” and what is relegated to the realm of the “monstrous.”

…And This Is the Cure – Annette Lapointe 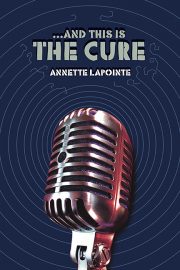 …And This Is the Cure follows Allison Winter, public radio pop-culture journalist and former riot grrrrrl as she regains custody of her adolescent daughter, Hanna, following the murder of her ex-husband. She is unprepared to deal with either the demands of parenting or the fury of her ex-husband’s religiously conservative, grieving family, so she pulls up roots and moves Hanna from Winnipeg to Toronto.

Allison’s sweet-natured partner, Eden, struggles to take on the day-to-day parenting while Allison resumes her career and avoids the chaos building at home. Despite all efforts, tensions swell and Hanna’s rage over her disrupted life eventually erupts in episodes of violence.

…And This Is the Cure is a novel about the weight of unresolved baggage — its pain and trauma — and working through the process of healing and moving on. 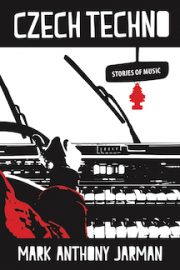 From the author of 19 Knives and My White Planet comes a brilliant suite of stories built around music and travel. Whether it’s a band coming apart at the ruins of Pompeii, or tours through Napoli’s “volcanic dust and volcanic drugs and jackal-headed bedlam” or a nostalgic stroll past the homeless in Victoria’s inner harbour while “gentle Tunisian techno” rides the breeze above addicts as weighted as Shakespearean characters … “lit rock and tiny chalice hidden under his shirt, get it all, draw every wisp of the wreath and heavy is the head that wears the crown, that lights the lighter.” Steppenwolf drifts from a car radio as “an ambulance siren and lights fly our street … a flashing mime show of grief’s rocket.” Or we’re in Iceland — or Denmark — “somewhere seriously lunar and attractive,” and the band is spending wheelbarrows of cash the record execs didn’t give them. Or it’s the Sunset Boulevard, the Viper Room, a bar in Butte, Montana, and Johnny Cash in Tijuana.

The five stories that comprise Czech Techno are replete with the sizzle and jump we have come to expect from a Mark Jarman story. And matters of the heart are never far away, weaving through these tales like a knife blade through sand.

Based out of Vancouver, Anvil Press titles are represented by the Literary Press Group of Canada and distributed by University of Toronto Press.