The state of Jalisco is Mexico’s go-to LGBTQ+ destination, and has made great efforts to develop inclusivity for all. This includes the appointment of Andrés Treviño, as Mexico’s first Sexual Diversity Director to guide the state on LGBTQ+ goals and issues through public policy and more. 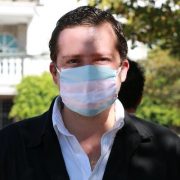 Click here for more info on Jalisco, and here for info on Puerto Vallarta.