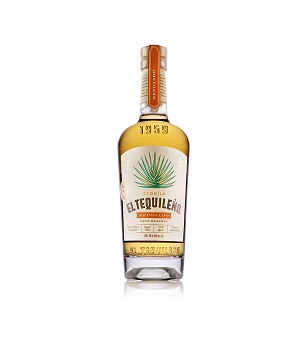 Just the mention of tequila will make some turn their nose upward, or make a face that recalls a time in their early 20s overindulging with buddies, or memories of a drunken night in Mexico. Let’s make it clear right now. What you likely had was the lowest form of this beverage, made for one purpose only – to get you buzzed. Just as there are different variations of other spirits (gin, vodka, rum, whiskey), there are premium high-end versions of tequila that will (hopefully) make you forget those early drinking daze.

Aged for a minimum of 8-months in American Oak barrels and blended with a small amount of Añejo aged in American Oak, Reposado Gran Reserva offers hints of banana, caramelized pear, nutmeg, vanilla, and caramel. A sip unlocks flavours of light oak, vanilla, spicy toffee, and macadamia nuts. Yes, a sip to savour, not a shot to get sloshed.

Tequila is differentiated from mezcal in that it is made only from blue agave, and the beverages are prepared in different ways. Tequila comes in an abundant array of colours, that range from a simple clear distilled beverage to a dark amber brown. The colour of the tequila varies greatly depending on the aging process and the type of wood used for storage. The white version of tequila, known as silver tequila or blanco, is the product obtained without a (or with a very short) aging process. Silver/Blanco tequila provides the purest form, as little aging has occurred. What is known as gold, joven or oro tequila is usually silver/blanco tequila with the addition of grain alcohols and caramel colour, however some higher-end gold tequilas may be a blend of silver/blanco and reposado. Rested (reposado) or aged tequila (añejo), is aged in wooden containers.The aging process can last between two months and three years and can create or enhance flavours and aromas. The aging process generally imparts a golden hue.

The two basic categories of tequila are mixtos and 100% agave. Mixtos use no less than 51% agave, with other sugars (glucose, fructose) making up the remainder. If the bottle of tequila does not state on the label that it is manufactured from 100% blue agave (no sugars added), then by default that tequila is a mixto.

There are also four categories for tequila, depending on the aging period:

With 100% agave tequila, blanco or plata is harsher with the bold flavours of the distilled agave up front, while reposado and añejo are smoother, subtler, and less complex. As with other spirits aged in casks, tequila takes on the flavours of the wood, while the harshness of the alcohol mellows. The major flavour distinction with 100% agave tequila is the base ingredient, which is more vegetal than grain spirits, and often more complex.

El Tequileño’s Reposado Gran Reserva is best enjoyed neat, or click here for a full list of cocktail suggestions, and here for some cooking suggestions. Retails for $89.95 for a 750ml bottle. 40 ABV.

Under Canadian regulations, any product labelled, advertised, or sold as Tequila must be manufactured in Mexico, as it would be for consumption in Mexico.