These two versatile and low sugar wines bring delicately refreshing flavours to the palate.  The pink-hued Pinot Grigio Ramato offers peach, melon, and blackberry notes with a crisp finish, while the aromatic Sauvignon Blanc brings tropical and spicy notes of banana, passion fruit, and melon.  Sun Goddess Wines are a passion project three years in the making that saw Blige immerse herself in Italy’s winemaking culture and the pristine vineyards at Fantinel Winery.

Naming Sun Goddess wines was truly a family affair for Blige.  The name originated from a longtime nickname Blige’s mother gave her as a reference to her love of the sun’s warmth and energy. It’s also reflective of the celebrated region in which the wine originates. As a longtime fan of white wines, especially Pinot Grigio, the collaboration was a natural fit for Blige.

“After walking through the vineyards and tasting with the Fantinel family, I felt extremely connected to the place, and more importantly, the people,” comments Blige. “The experience at the winery inspired me to create my own wines in partnership with Marco Fantinel.”

Released in Canada just in time to welcome the summer, the light and approachable wines pair well with everything from shrimp pasta and prosciutto to burrata, fried fish, or sashimi – and perhaps a Mary J. Blige playlist.

Produced in collaboration with Italy’s celebrated and sun-kissed winery, Fantinel, these award-winning wines are perfect for savouring in the summer sun. The Italian Pinot Grigio Ramato (Rosé) received a gold medal in the Global Rosé Masters category from the Drinks Business.  Both the Pinot Grigio Ramato and Sauvignon Blanc also received a 90 point rating from Master of Wine James Suckling.

Sun Goddess Wines are available for a limited time in select retail locations across Ontario, Alberta, and British Columbia. Sun Goddess will also be available in Quebec this August. 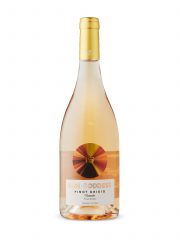 Pino Grigio Ramato has moving notes of peach, melon, and strawberry. It’s medium-bodied and fruity with a refreshingly crisp finish. Pair with seafood pasta. $20.95, 750ML, 12.5%. Now available at the LCBO 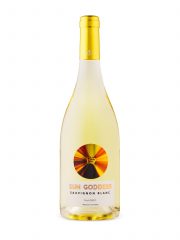 With Blige’s collaboration effort on Sun Goddess wines, she not only created the brand name and image, but was instrumental in the production of the wines as well.

“Pinot Grigio is undoubtedly my favorite varietal, and when Marco approached me with the idea to use the skin of the grapes to make it a pinkish hue, I thought that was so unique, and I was all-in.” she recollects. “Sun Goddess immediately struck me as the perfect name as it connects my real life, conveys the connection between nature, and the personality of wines I enjoy the most, combined with my style and that of Fantinel. The label on the bottle also reflects this spirit.”

Blige recently appeared as singer Dinah Washington in the upcoming Aretha Franklin biographical film, Respect. “Obviously, both Dinah and Aretha had an immense impact on the music industry and everyone that has come after them, including myself. Both Dinah and Aretha had to be extremely strong to have any shot at success, and what they accomplished over their lifetimes will always amaze me. If anyone in the younger generations don’t know about their legacies, this is a great place for them to pay homage to some true powerhouses,” she recommends.

The world premiere of My Life, a documentary on Blige herself, premiered earlier this month at NYC’s Tribeca Film Festival. The new Amazon Studios documentary directed by Oscar-winner Vanessa Roth and executive produced by Blige, chronicles the nine-time Grammy winning artist’s landmark 1994 album “My Life” and the Queen of Hip-Hop Soul’s journey from the Slow Bomb projects of Yonkers to the heights of hip-hop music.

“The success of My Life at that time (1994) felt so surreal. I was going through so much in my personal life and for people to have been so receptive of that album made me feel less alone. That was the start of it all for me, and for my fans. The documentary has given me the space to sort of relive a lot of what has happened throughout my life. It’s been a very cathartic experience so far, and I’m just so excited for my fans to see it. Stay tuned.”

Another more recent memorable experience she had was when she heard that her song, Work That, was playing in the background while Kamala Harris, the first black female Vice President nominee, walked onstage at the Democratic National Convention. She recalls the moment this happened. “I wasn’t aware that she chose my song until right after it played and my phone blew up. It’s obviously an extreme honor to be the smallest part of such a monumental moment in our country’s history. From all the songs she could have chosen, I was just surprised and overwhelmed by the fact that she used one of mine.”

So what else does the future hold? As the Queen of Hip Hop Soul herself exclaims, stay tuned!