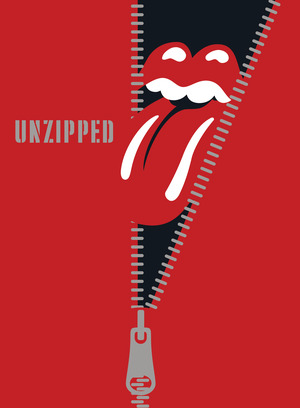 For almost 60 years the Rolling Stones have helped shape popular culture around the world. Unzipped traces their impact and influence on rock music, art, design, fashion, photography, and filmmaking. Packed with evocative archive photos, artworks, outtakes, and memorabilia, this stunning book immerses readers in the world of the Stones.

Mick Jagger, Keith Richards, Charlie Watts and Ronnie Wood—have all been interviewed specially for this book. Anthony DeCurtis is an author and music critic. He has written for the New York Times, Relix, and Rolling Stone, for which he is a contributing editor.

Bold, glamorous, and captivating, Unzipped is the perfect showcase for “the greatest rock ’n’ roll band in the world.| Available October 26, 2021 from Thames and Norton.

The book accompanies the touring exhibition of the same name. Unzipped is scheduled to open November 21, 2021 in Kitchener, Ontario. This is the first international exhibition devoted to the band.

Celebrating The Stones’ artistic collaborations in music, art and design, fashion and film, UNZIPPED features original works on display from an array of artists as diverse as Andy Warhol, Alexander McQueen, Prada, Dior, and Martin Scorsese, to name a few.

In the world’s biggest exhibition on The Rolling Stones, highlights include a replica of their recording studio, an immersive realistic reconstruction of their Chelsea flat ‘Edith Grove’, and culminates in a mind-blowing three-dimensional experience of an iconic Stones moment delivered in multi-dimensional Dolby Atmos Sound and facilitated by PMC (the Professional Monitor Company). 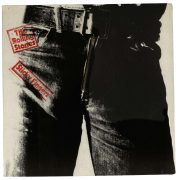 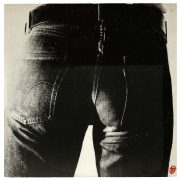