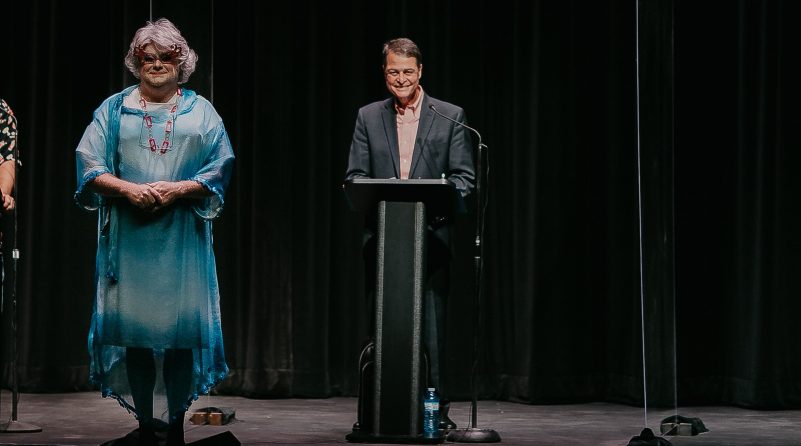 Where did politics go when it comes to Pride organizations?

Hello Pigeon! Where have we been? It has been a struggle to keep my own sanity in check, just like many of you, but here we are Pigeon, still standing and still taking a step forward.

We were hit with a federal election on top of everything else many of us are going through. Was it the right thing to do you may be asking? I have no idea Pigeon. But, COVID has taught us many things and personally as old as I am, I have never lived through anything even close to what COVID is. Although it seems the election has told us a few things, as it was one of the lowest turn outs in the history of Canadian Federal Elections.

Here is my question Pigeon. Where did the grassroots of Pride being political go? I’ve noticed that the majority of Prides across Canada seem to stay silent when it comes to politics. Is it just me and my glass of wine noticing this, or do you see it too Pigeon? Pride’s very foundation is political because we are talking equality, and until everyone is equal and treated equal, Pride must be political.

Let me tell you about a little Pride festival out of North Bay, Ontario, Canada that has developed a no prisoner attitude when it comes to human rights, that includes telling our federal leaders enough is enough. They get a fraction of funding compared to large Prides, but they have done more in the pandemic than many large Prides across Canada did. They hold politicians accountable and speak up when they should, and they will always put community first before worrying about funding or sponsors.

Let us talk a little history here Pigeon. In 2018, during Pride Toronto, myself and our team met with different federal parties trying to put together a federal leaders debate outside of an election. We spoke with the Chief of Staffs of all parties, we even got to talk to Prime Minister Trudeau briefly before the parade started in June 2018 in Toronto. Everyone said, this was a great idea and would be interested. Afterwards we were ghosted by the federal parties, so we made our way to Ottawa to follow up in person, and once again we met with everyone by just showing up at their offices. Yes you can do that Pigeon.

We even met with the Federal Debate Commission. Yes, Pigeon there is a such a thing.  The concept behind this commission was to improve debates and focus so that voter engagement was better moving forward in a way that would encourage more people to vote and trust big media and politics. We discussed community representation in the debates was always missing. The questions never truly address what you or I need, or answer questions that apply to every Canadian.

The questions are always on a national stage, with national stage answers, and you never truly see any community representation from 2SLGBTQ+, or people with disabilities, etc. We were told by Commissioner Michel Cormier that we brought forward many issues that they want to address and will include in their upcoming report. They did publish a report in 2019, however it seems to be more of a report to further their existence, than actually change debates for the betterment of all communities. It seems once again, that politicians have missed the mark when it comes to Canadians.

We were also promised by Commissioner Michel Cormier, that the commission would send out a support letter to all the federal leaders supporting our concept, but of course that never happened either. Maybe they sent the letter by actual snail for snail mail.

We were going into an election, and before the election was even announced, North Bay Pride reached out to all Federal Party Leaders and the Federal Debate Commission, asking them to participate in a community led debate on Sept 16, 2021. We advised they they could attend virtually or in person and North Bay Pride was just adding it into their schedule. The basics of all this was, all parties said it was a great idea, so we said now, let’s do it and what could be a better time to try this than during an actual federal election? You would think so wouldn’t you Pigeon?

Acknowledgement came from them, but no action took place. They ghosted everyone harder than our last Grindr hook up. Debate Commission, said we applaud you for your efforts and support you, with just nice pretty words in an email, but no follow through on anything they said previously.

Here is the thing Pigeon, COVID has taught many of us that the old ways of doing things, just do not work for anyone other than being rich. Big companies made billions of profits, but you and I did our best with the little we had. You would think that federal leaders would welcome the opportunity to talk about issues you or I face daily, but it turns out I was very wrong. They would rather talk about big companies, big climate change, big deals they will make and how they will recover from COVID, but they forget the main element in all this talk which is us.

How are you going to help Fran find one full-time good paying job, instead of her having to work three part-time min wage jobs with no benefits, and working about 70 hours week? How are you going to help Lynn, who wants to help with climate change but knows her older home contributes to the problem? She wants to change her home to more green energy, but she cannot afford 20K in upgrades to help. Where were those answers Pigeons? Nowhere is where Pigeon. Federal Party Leaders were sharing the same old speeches, same old debates, and same old campaigns. And big media was feeding directly into your mouth.

When Prides should be standing, they seem to be sitting or curled up in the fetal position in a corner because they are more worried about funding then human rights. But there is hope Pigeon.

North Bay Pride said “screw it, if we lose funding so be it. Communities are more important especially as we live through COVID, and politics must change.” So, they chased the federal party leaders every day and followed up to be met with silence except Annimae Paul, Leader of Canada’s Green Party who said she would be there. Pigeon that was it. No other leaders believe they should attend a community led debate that you or I want to have. They thought only big media, journalists, and people they thought were important deserve answers. It just felt in this recent election, you or I did not matter and all the work we did about changing leaders’ debates was a waste of time. But was it? Voter turn out speaks volumes and verifies what we think.

As a result, North Bay Pride asked the local candidates to step up and they did. You can watch how the questions were about people. North Bay Pride had more viewers than any other local debate, they had more questions than any other debate, and they had more positive reviews then any federal leaders debate during this past election. That speaks volumes about the concept and what needs to change. The comments of North Bay Pride debate were moderated by yours truly, and were described as engaging, informative, answers that apply to you and I, and just the best debate some had ever seen.

That small pride caused a stir in the local election, that many underestimate, including all the leaders and the Debate Commission. Prides across Canada can make a difference. As a result of North Bay Pride finally standing up and being heard, and being political, they had more sponsors this past year than ever before. They had the highest views for their virtual events compared to any other Pride in Canada. They are making a difference by speaking up and standing tall.