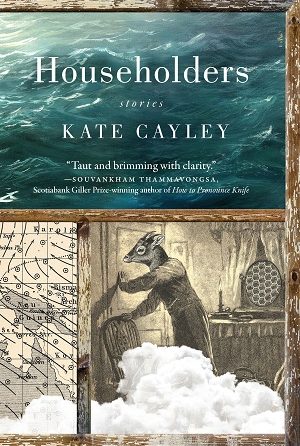 A woman impersonates a nun online, with unexpected consequences. In a rapidly changing neighborhood, tensions escalate around two events planned for the same day. The barista girlfriend of a tech billionaire survives a zombie apocalypse only to face spending her life with the paranoid super-rich. From a university campus to an underground bunker, a commune in the woods to Toronto and back again, the linked stories in Householders move effortlessly between the commonplace and the fantastic. In deft and exacting narratives about difficult children and thorny friendships, hopeful revolutionaries and self-deluded utopians, nascent queers, sincere frauds, and families of all kinds, Kate Cayley mines the moral hazards inherent in the ways we try to save each other and ourselves. 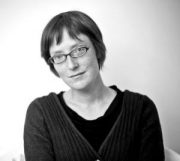 Kate Cayley has previously written a short story collection, two poetry collections, and a number of plays, both traditional and experimental, which have been produced in Canada and the US. She is a frequent writing collaborator with immersive company Zuppa Theatre. She has won the Trillium Book Award and an O. Henry Prize and been a finalist for the Governor General’s Award. She lives in Toronto with her wife and their three children.