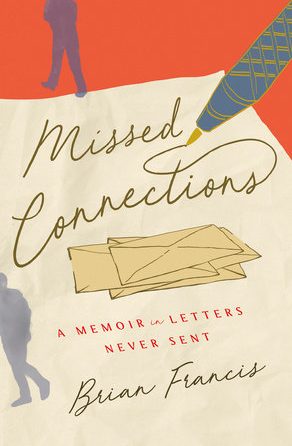 In 1992, Brian Francis placed a personal ad in a local newspaper. He was a twenty-one-year-old university student, still very much in the closet, and looking for love. He received twenty-five responses, but there were thirteen letters that went unanswered and spent years tucked away, forgotten, inside a cardboard box. Now, nearly thirty years later, and at a much different stage in his life, Brian has written replies to those letters. Using the letters as a springboard to reflect on all that has changed for him as a gay man over the past three decades, Brian’s responses cover a range of topics, including body image, aging, desire, the price of secrecy, and the courage it takes to be unapologetically yourself.

Missed Connections is an open-hearted, irreverent, often hilarious, and always bracingly honest examination of the pieces of our past we hold close — and all that we lose along the way. It is also a profoundly affecting meditation on how Brian’s generation, the queer people who emerged following the generation hit hardest by AIDS, were able to step out from the shadows and into the light. In an age when the promise of love is just a tap or swipe away, this extraordinary memoir reminds us that our yearning for connection and self-acceptance is timeless. 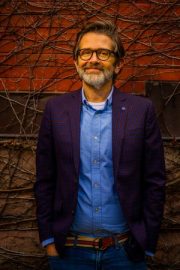 Brian Francis is the author of novels Fruit, Natural Order and Break in Case of Emergency. He is a writer and columnist for The Next Chapter on CBC Radio. Missed Connections: A Memoir in Letters Never Sent, which was inspired by his play, Box 4901 (co-created with Rob Kempson), which premiered at Buddies in Bad Times Theatre in 2020 to sold-out audiences. Read more about how the play and book came to be here. He lives in Toronto.