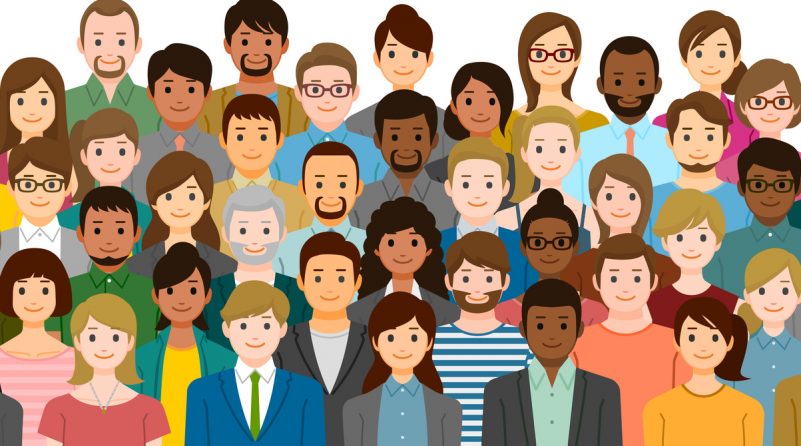 Is diversity missing on air and in front of the camera?

Times are changing, and I must wonder if big media keeping up with the changing times? You are sitting there saying to yourself, “What do you mean Geri?” We have companies hiring Diversity and Inclusion Managers, we have slogans like “ALL IN EQUITY,” we have demands on companies to be more inclusive, with more community representation, yet are we truly going in the right direction?

We get to see these amazing pictures from behind-the-scenes of shows, pictures of radio stations with amazing staff, yet it seems that when it comes to in front of the camera, or on-the-air, we hear and see the same faces or hear the same voices. Do I have this correct Pigeon?

I am in no way saying that companies are not trying to change, but what I am saying, when it comes to things like in front of the camera or on the air at a radio station, we seem to be missing the same diversity that is behind the shows.

As you know, we do a show called “Not So Str8 talk” on Hunters Bay Radio in Huntsville Ontario. It plays every four weeks on a Saturday morning. We do special shows for things like World AIDS Day, and Hunter’s Bay Radio has welcomed us with open arms and encourages us to share as mush as possible about the community.

They were willing to take a chance on something different with an old bird like me and it is paying off. Not only did they take a chance, but they also ask questions to learn more about the 2SLGBTQ+ community, and that speaks volumes about them as a business. They even have another show now called, “Lesbi-Honest” which is a hoot to hear. Hunter’s Bay Radio is a great not-for-profit station that goes out of there way to share voices.

Of course there are magazines like PinkPlayMag and theBUZZ that provide writers like me a lot of room to just write, which many other publications don’t. I am sure I give folks a heart attack occasionally, but they accept writers for who they are.

Big media TV shows have had changes, but we still see the same old faces and styles even though marginalized and 2SLGBTQ+ communities are fighting for their place. We see changes in the movies; however, we are not there in many cases. You have never seen a BIPOC Trans man playing a lead role in a Christmas Hallmark movie, do we?

If we talk politics, sigh, it is just the same old speeches and campaigns, but lets not go down this rabbit hole for now.

Even when we approach big radio companies with an idea, they immediately hesitate, or you won’t hear back from them. When we point out the growth in rural Pride events and the opportunity that exists, you would think they would lead the way to be inclusive, yet they do not. They try new things, or say, they are a new station after some changes, but are they truly new? Not usually. Do not get me wrong pigeon, there are openly queer show hosts like  Will Nash and Drive with Jaret, but there could be more.

Imagine a step forward in a way that really starts to show diversity, what about Drag Performers on the Radio? When we approached other radio stations, they could not see it and we are unsure why. We even pitched as a host for The Shopping Channel, but again, nothing. Pigeon. I am not saying it must be me either, I just wanted to see our community there, hear our voices and see our faces, yet we still struggle for reason. One day, I guess. What is good for the queer community is good for everyone.

Here is to the ones who do take that step forward, I am raising my glass of wine to say thank you for being real about diversity!