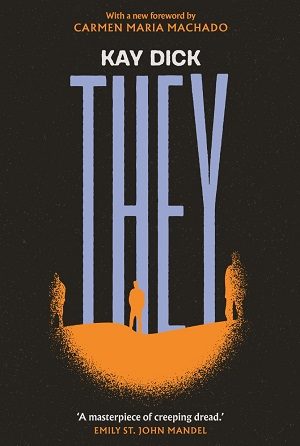 THEY by Kay Dick is a lost dystopian masterpiece and overlooked queer classic newly available for the first time in forty years in this special international publication. THEY is eerily prescient and startlingly urgent.

Two publishing people recently discovered THEY in used bookshops at almost exactly the same time. Which is a miracle because the book has been out of print for 40 years! Recovering THEY is part of a concerted effort to shine a light on LGTBQ+ writing and writers from the past who have been overlooked. Now is the time to “queer the canon” and let brilliant books by underrepresented artists stand as the literary gems that they are, even if they were ignored in their own time.

Published to some acclaim in 1977 but swiftly forgotten, Kay Dick‘s THEY follows a nameless, genderless narrator living along the lush but decimated English coast, where a loose cohort of cultural refugees live meditative, artistic, often polyamorous lives. But this rustic tranquility is punctuated by bursts of menace as they must continually flee a faceless oppressor, an organization known only as “They,” whose supporters roam the countryside in a grisly mob of mostly mute, quasi-automatons.

Moving in slow but deliberate concentric circles, “They” root out free-thinking subversives: the surviving artists, craftspeople, intellectuals, even the unmarried and the childless. As Dick unveils in ominous fragments, “They” are not affiliated with a dystopic totalitarian state, “They” are an unsanctioned multitude, the strength of which appears to lie not in official mandates, but rather in the swell of their ever-increasing numbers.

An electrifying literary artefact—a lost dystopian masterpiece and overlooked queer classic. Under 100 pages, THEY is a quick read but the masterful prose and speculative strangeness packs a provocative punch. With an introduction by Carmen Maria Machado.

THEY returns to print in this special international publication brimming with contemporary resonance. Available From Penguin Random House. 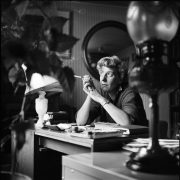 Kay Dick (1915-2001) was a British novelist, writer, and editor. Considered the first woman publishing director in England (at P.S. King & Son), Dick wrote five novels between 1949 and 1962, including the famous An Affair of Love (1953) and Solitaire (1958). She was a regular by-line in The Times, The Spectator, The New Statesmen and Punch Magazine. For many years, she edited the literary magazine The Windmill, under the pseudonym Edward Lane. She was known for campaigning tirelessly and successfully for the introduction of the Public Lending Right, which pays royalties to authors when their books are borrowed from public libraries. In 1977, Dick published They: A Sequence of Unease, which won the South-East Arts literature prize. In 1984 she followed this with an acclaimed autobiographical novel, The Shelf, in which she examined a lesbian affair. Dick worked as an editor with some of the 20th century’s most notable writers, including George Orwell and L.P. Hartley.